Having spent my entire career in education, I’ve become very concerned about the federal entrenchment and intrusion into our local schools. This entrenchment has been branded as “leading America to new heights of achievement in education.”  While serving as superintendent in my district, I observed over the years how the national education goals were just the wedge and the tool needed to cement a federal presence in local schools. 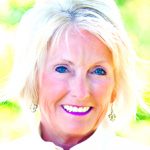 Upon my recent appointment to BESE, I said that I looked forward to being part of the conversation concerning Common Core  State Standards and PARCC tests.  I have spoken with many educators and parents to conclude that these untested ventures are NOT what is best for Louisiana’s children.

If you question that conclusion then consider this example of “federal intrusion”.  When Indiana pulled out of the CCSS , officials with the U.S. Department of Education told Indiana education leaders that they could lose more than 200 MILLION DOLLARS IN Federal support if USDOE did not approve of the local school districts standards. ( This was reported in daily signal . com).  What an unprecedented and disturbing “Federal Intrusion.”

I hope Governor Jindal will “let go” of the untested CC and out of state designed curriculums Louisiana schools will be forced to use.  The tests will be Common Core to the Core!

Our school districts are forced to use this confusing example of a FIRST GRADE math question  from the Engage New York Website, which is aligned with Common Core.

1.  Jennifer says that you can use addition to solve subtraction.

add 6.  (THIS NEEDS MUCH FURTHER EXPLANATION FOR A FIRST GRADER AND IN MY OPINION IS NOT AGE APPROPRIATE AND IS TOTALLY CONFUSING.)

3.  Explain why Jennifer is both RIGHT AND WRONG using words, pictures and numbers.

Really? Are you kidding me?  No wonder parents are angry and students are frustrated.

Asking first graders to solve math problems this way will only assure that many of them will not have a proper foundation.  The issue is NOT isolated to math; it is scattered throughout the teaching materials associated with  many ” so called CCSS aligned ” curriculum.

Governor Jindal has made it abundantly clear that he wants out Of Common Core and PARCC. He is correct to do so.  Other states are doing the same thing.  I say,”The sooner the better.”  When a good leader realizes that something is wrong, that leader will not continue down the same road.  We should “let it go” from Louisiana as many other states are doing- we all know more are soon to follow.  That will then make the next verse of the song even more appropriate:  “LET IT GO. LET IT GO… TURN AWAY AND SLAM THE DOOR!”