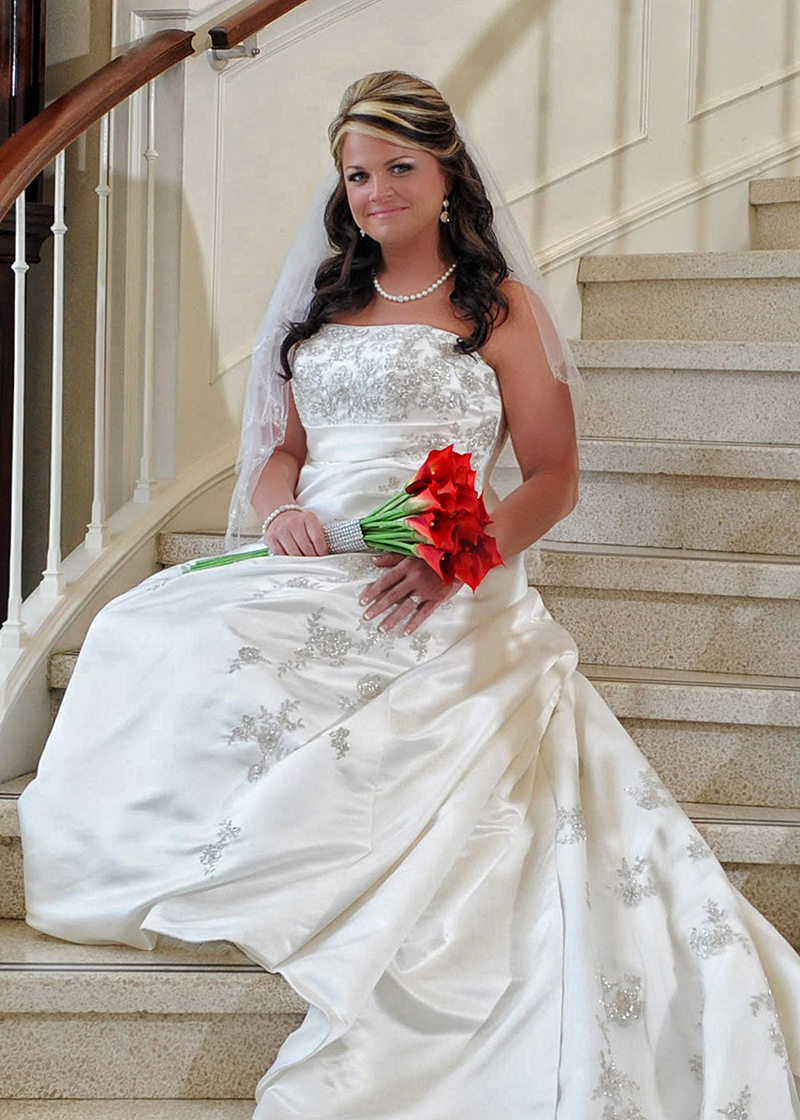 Melissa Smith and Robert Saenz were united in marriage at the Cathedral of Saint John Berchman July 5, 2014 at 7 p.m. The ceremony was presided over by Reverend Monsignor J. Carson Lacaze.

The bride is the daughter of Charles and Marsha Smith, of Bossier City. She is the granddaughter of Mr. & Mrs. Weldon Hager, Mr. & Mrs. Charles M. Smith. She is a graduate of Southwood High School.

The groom is the son of Roberto and Gloria Saenz. He is the grandson of Mr. & Mrs. Lucio Saenz, Mr. & Mrs. Francisco Ventura. The groom is a graduate of Southwest High School in Ft. Worth, Texas.

The bride was given away by her father, Charles Smith.

The bride’s gown was satin strapless A-line side drape gown with lace up back & split chapel train with lace and crystals, chapel length veil with beaded edge. She carried a bouquet of white calla lilies with photo pendents of her late grandparents.

The bride was attended to by Maid of Honor Michelle Davis and bridesmaids Stacy Smith, Courtney Bosse, Mick Angel and Jessica Boan.

The reception was held at Eldorado Resort and Casino Grand Ballroom.

Flowers were provided by Young Blooms in Shreveport.

After a surprise honeymoon, the couple will make their home in Bossier City.