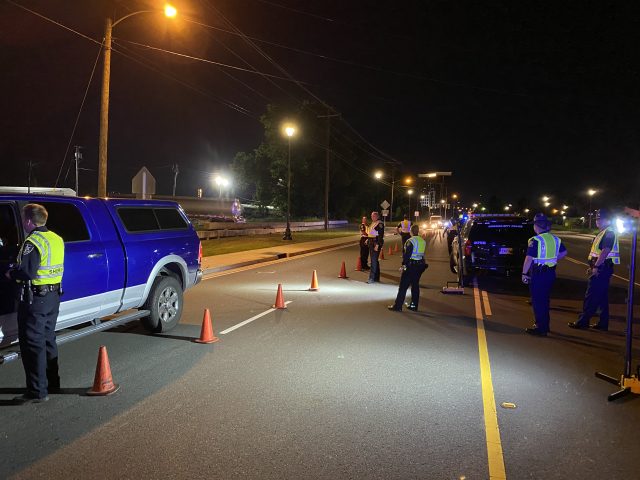 Deputies with the Bossier Sheriff’s Office, troopers with the Louisiana State Police Troop G, and
officers with the Bossier City Police Department screened close to 500 vehicles during the sobriety checkpoint
in the 1200 block of East Texas on Saturday night into early Sunday morning.

Officers screened 487 vehicles, conducted 21 traffic stops, and performed 24 field sobriety tests during
the checkpoint. Three people were arrested for driving while under the influence, one was arrested for Simple
Possession of Marijuana, and one driver was arrested on an outstanding warrant. Several other drivers received
citations for various traffic offenses including driving without a driver’s license, no child restraint, an open
container, and Driving Under Suspension.

“We expected to encounter more impaired drivers due to Memorial Day weekend and Mudbug
Madness, but we are always happy to see voluntary compliance,” said Deputy Ryan Rhodes, Bossier Sheriff’s
Office. “We encourage people to get out, enjoy their weekends, and enjoy our local festivals, but we encourage
them to do it as safely as possible. Your decisions don’t always just affect you. Driving impaired can have
devastating and permanent consequences for everyone involved.”

This checkpoint was funded through a $14,040 Louisiana Highway Safety Commission impaired driving
grant. Motorists are encouraged to report suspected impaired drivers 24 hours a day by calling 911 or the
Bossier Sheriff’s Office directly at (318) 965-2203.