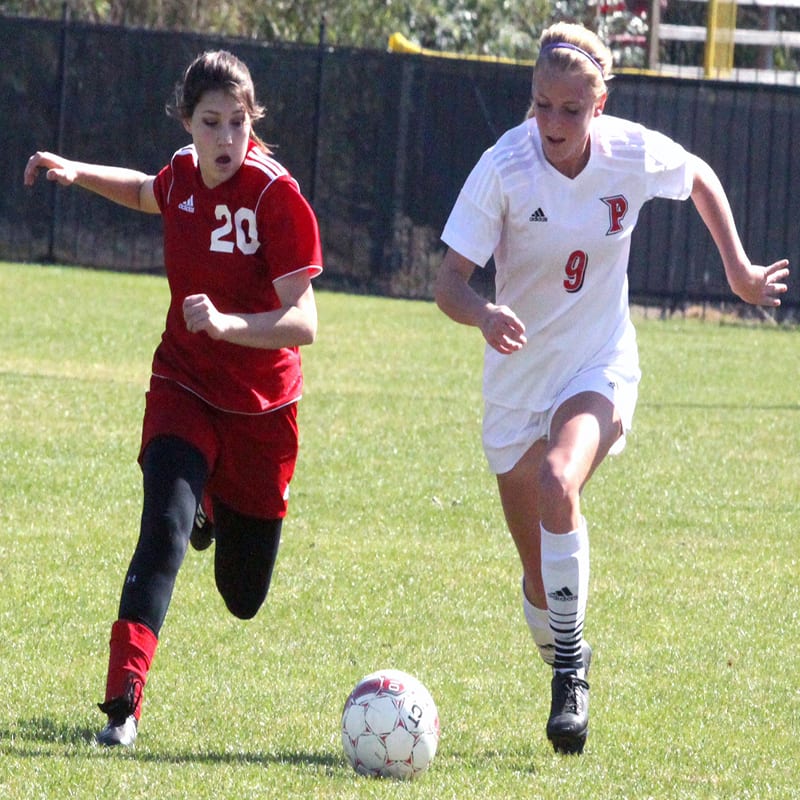 When former Parkway star Sara Funderburk learned there was going to be a local Women’s Premier Soccer League expansion team, she knew it was something she wanted to be a a part of.

Funderburk, who just completed her freshman year at LSU, is enjoying her experience as a member of the Shreveport Lady Rafters FC so far. The “Rafters’ experience has been FANTASTIC!!” Funderburk wrote in a Facebook message. “I love the coaching staff very much. They really know what they are doing and know just what to do to help us come back stronger in the second half when we don’t really show up for the first half.

“I love every single one of my teammates and would do anything for them. They are great people and many of them are girls I used to play with in club and high school. I think we will become a close team outside of soccer which then leads to great team chemistry on the field!”

Funderburk scored a goal in the Lady Rafters’ inaugural game, a 2-0 road victory over the San Antonio Athenians on May 18. The Lady Rafters are 1-1 headed into their home opener Friday at 7 p.m. against Lonestar SC at Loyola College Prep’s Messmer Stadium.
The Lady Rafters are associated with the Shreveport Rafters FC, a men’s National Premier Soccer League that played its inaugural season in 2016. The Rafters also play home games at Messmer.

According to its website, the Women’s Premier Soccer League, formed in 1998, “is an independent highly competitive national league whose main focus is on the development of highly competitive premier women’s soccer teams.”
There are more than 100 teams in the league in the U.S.

“The WPSL also makes every effort to bring quality soccer to all levels of the community and to promote the stature of female athletes as role models for our youth,” the website states. “Rosters include college, post-college, foreign players and talented high school players every year.”

Funderburk is preparing for her sophomore season at LSU. As a freshman, she played in two games in the fall season. A forward, Funderburk was a two-time All-Parish MVP at Parkway. In 2016, she led the Lady Panthers to the Division II semifinals.
She found college soccer to be an eye-opening experience.

“College soccer is extremely different from high school,” she said in the Facebook message. “Not only do you have to fight for a spot on the starting lineup, but I also have to play against girls that are very talented.

“But it’s extremely fun because I get to see myself progress more in college as compared to high school. The competition is great and so many people are taking such great care for us. Everywhere we look someone’s right there making sure we have what we want and need. It’s a neat experience.”

While it was fun, Funderburk said it could also be “pretty stressful” at times. In addition to her soccer responsibilities, Funderburk had to get adjusted to college life in general.
“Staying on top of my grades along with having practice every single day along with making an attempt to have a social life was super hard,” she said. “But now that my first year is over I pretty much have it all down and am set and ready for next year. Soccer is fun. It has its ups and downs just like anything else does. But I’ve made some lifelong friends and great memories.”

Her goals for her sophomore season are to “get better and stronger.” “I’m looking forward to coming back even better than I left just for surprises,” she said. “Grades-wise I am going to be more organized and stay on top of my things, plus my classes are a bit easier next semester because my brain needed a break.”

In addition to excelling at soccer, Funderburk was a state champion cross country and distance runner in high school. She has decided to try and run track in the spring of 2018 during soccer’s offseason and is currently working with her high school coach, Kent Falting, to get fit for racing again.

“I have a lot of work to do and I know Falting will put me back into shape in no time!” she said in the Facebook message. Needless to say, playing for the Lady Rafters and getting into racing shape will make for a very busy summer.

Funderburk, an energetic young woman, wouldn’t have it any other way.