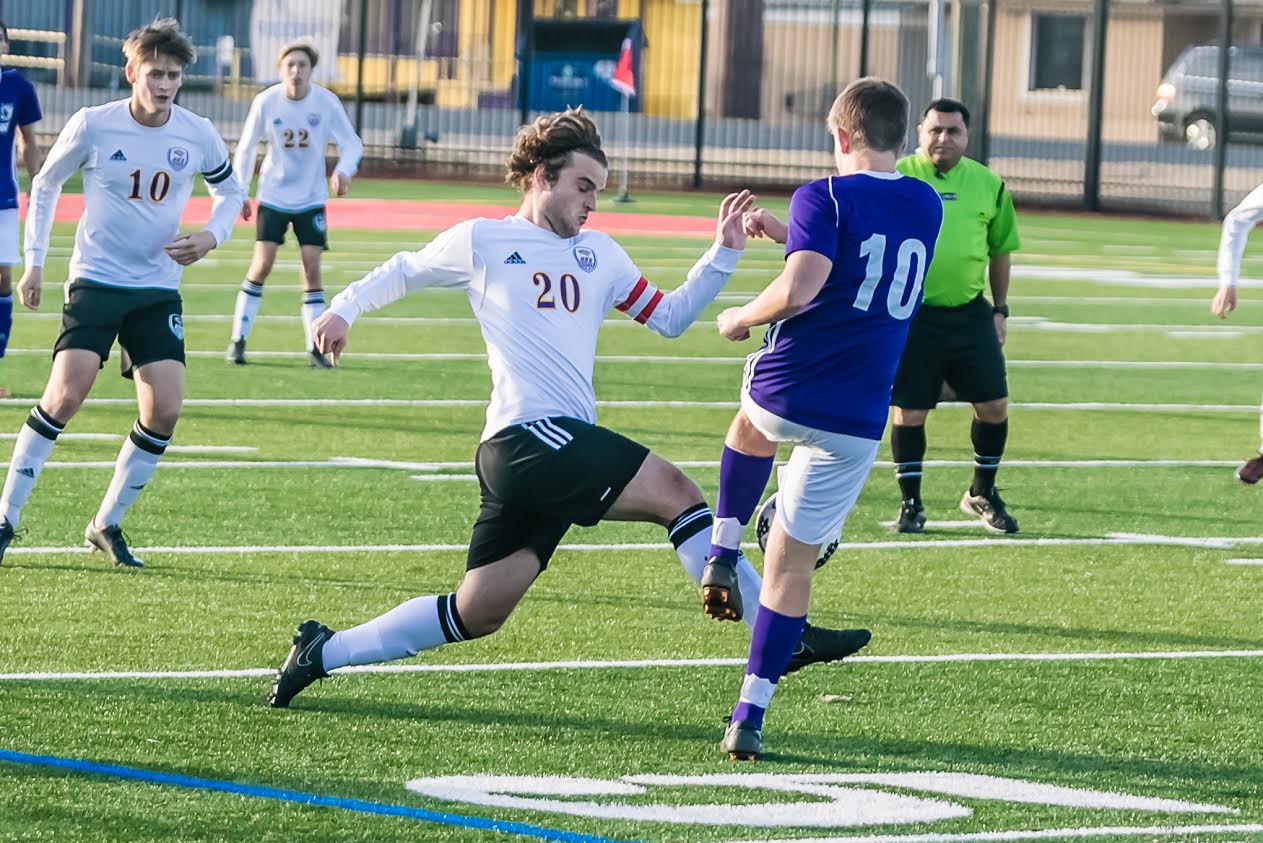 Carter Parks received numerous individual honors during his four seasons as a soccer star at Benton.
But being the only player from Bossier Parish and one of just three from Northwest Louisiana selected to play in the Louisiana High School Coaches’ Association East vs. West Boys’ All-Star Game is something special.
The game, which features most of the state’s top senior players, is Saturday night at 7 at the UL-Lafayette Soccer Complex. Parks is a member of the West squad along with Byrd’s Sam Miletello and Captain Shreve’s Gabe’s Smith.
“It means the world to me,” Parks said. “That’s what I’ve been working all four years for. It’s going to be a great experience. I couldn’t have done it without all my teammates and coach (Bryan) George, of course, pushing me all four years.
“I’m really honored to be part of this all-star game — the only one in Bossier Parish. It’s a blessing.”
Parks is a four-time first-team All-District 1, Division II selection. As a sophomore, he was named the district’s Offensive MVP. In his four seasons, Benton won one district title and finished runner-up three times.
“Carter has been an impact player for our program since he stepped on the field as a freshman,” said George, the Tigers head coach.
Parks’ primary position was midfielder, but he also played defender and striker.
“Whatever the team needed him to play,” George said. “Other teams have to pay attention to him when he is on field. His understanding of the game is as good as anybody’s.
“In my opinion he has been one the best players in Northwest Louisiana over the past four years and one of the top players to come through our program.”
As a midfielder, Parks’ main responsibilities were to create opportunities for his teammates and make defensive stops. But he still scored 15 goals this season, second best on the team.
Parks isn’t the first member of his family to excel in soccer for Benton. His older brother Ethan was the MVP of The Press-Tribune’s 2015 All-Parish team.
“He’s a big part of my success, being a bigger brother and just pushing me and telling what not and what to do, how to do things,” Parks said.
Benton’s season has only been over for a few weeks, but Parks already misses the competition and camaraderie.
“I miss the constant practices every day and the games three times, sometimes four times, a week,” he said “That was my favorite part about all of it.
“I love playing soccer. It’s kind of hard putting up the cleats, putting up all the hard work I did with all the freshmen and sophomores and juniors that we have now, just coaching them along the way. Going to be tough leaving them next year.”
Parks is heading to Louisiana Tech in the fall. The school doesn’t have a men’s soccer team, but soccer is offered as a club sport. Parks said he plans to focus on academics but stay involved in the sport and have fun with it.
Before that, though, he has one more high school game to play Saturday night.
Parks said he plans to enjoy and savor the all-star game experience.
“I just want to bond with all the other guys across the state who’ve had four different years than I had,” he said. “They probably had different success than I had, and I just want to get to know bunch of guys and have fun out there and do my best.”