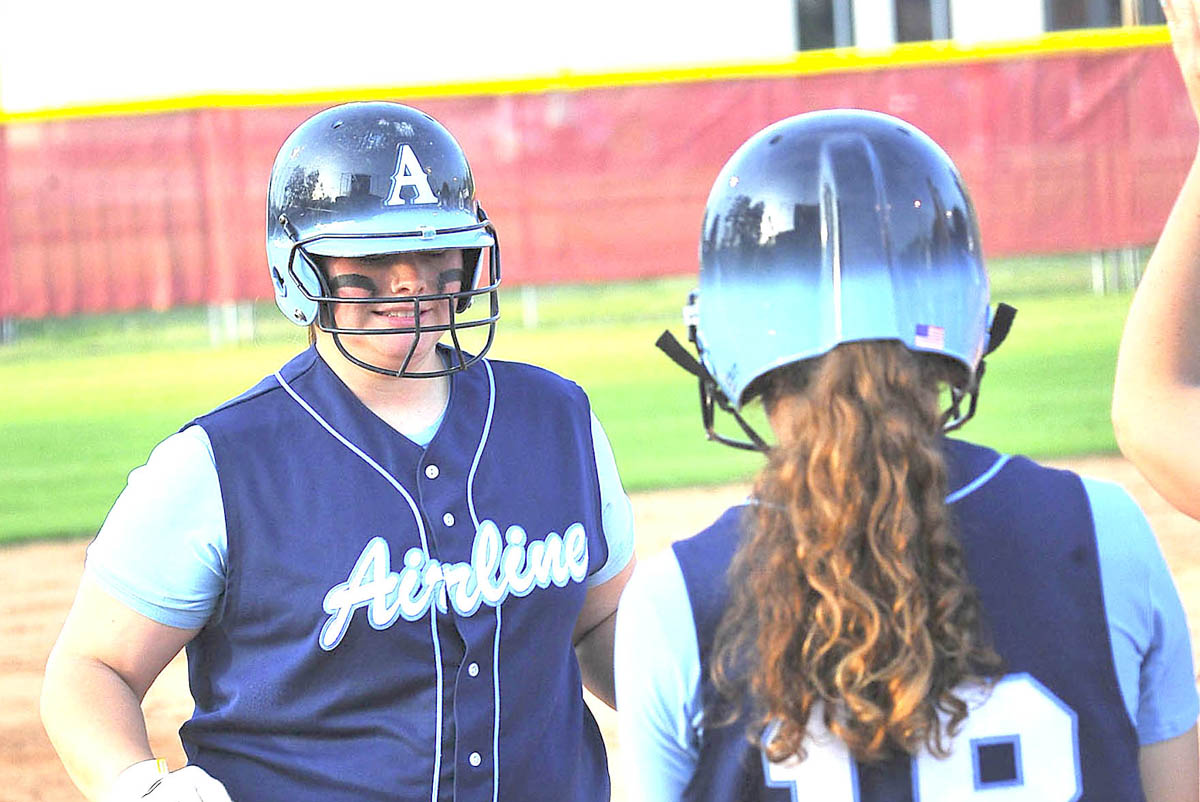 Another week, another pair of nailbiters for the Airline Lady Vikings.

The Lady Vikings defeated parish rival Haughton 6-4 in eight innings Tuesday at Haughton before dropping a 6-5 decision to Captain Shreve Thursday at Airline.

Airline is 14-8 overall and 4-1 in District 1-5A. Four of the district games have been decided by one run or in extra innings.

Airline’s loss Thursday left Byrd as the lone 1-5A team without a loss at 3-0. The Lady Vikings can still claim at least a share of the district title with a victory at Byrd Tuesday.

Mary Kate Bozeman and Kelsey Gallman had three hits each for the Lady Panthers. Alexis Rayborn had a triple, double and two RBIs.

Gabby Kespelher and Sarah Koeppen combined on a five-inning no-hitter in Benton’s win over Minden.

Chelsea Rangel went 4-for-4 with a triple, double and four RBIs. Kespelher and Abi Cole both had doubles.

Benton (14-10) can win at least a share of the district championship with a victory at Northwood Tuesday.

Mary Macaulay’s two-run homer in the top of the eighth lifted Airline to the victory over Haughton.

The Lady Vikings led 4-1 through 3 1-2 innings, but the Lady Bucs rallied to tie it with three runs in the bottom of the fourth.

It stayed that way through seven.

In the top of the eighth, Macaulay followed Rowland’s one-out single with a home run over the center-field fence.

Haughton got a couple of singles in the bottom of the inning, but Kayla Ranit got a ground out to end it.

Airline’s Miranda Young had a huge game, going 3-for-4 with two home runs and three RBIs.

Macaulay finished with two hits and three RBIs. Bailey Turbeville had a double.

Elsewhere in District 1-5A, Parkway fell to Captain Shreve 3-0 at Parkway.

Benton routed Loyola 16-1 in a four-inning District 1-4A game at Benton.

Savannah Collo had a home run, single and four RBIs. Yancey Cox went 2-for-3 with a double and three RBIs.

April Sainz struck out nine while walking only two. Corey Johnson scored three runs and drove in one.

Coach Josh O’Nishea said Victoria Slaughter was also a standout at the plate.

Angie Nguyen went 2-for-3 with an RBI and three runs scored. Shelby Peebles had two hits and scored twice.