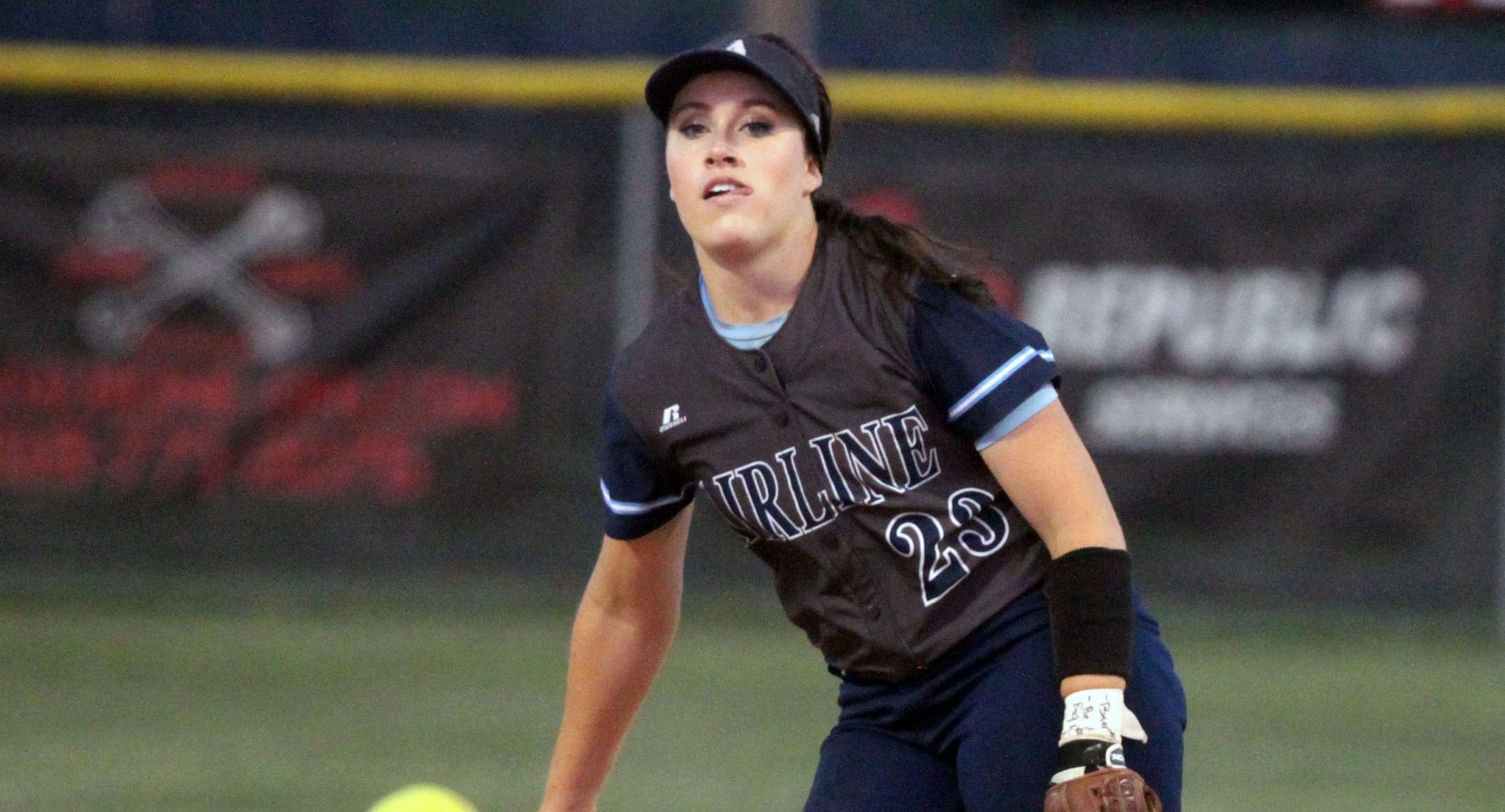 With two district games remaining, the Airline Lady Vikings are tied for first in District 1-5A.

Elsewhere, Benton trounced Minden 9-0 in Minden. Although Minden is a member of District 1-4A like Benton, it was technically a non-district game. The Lady Tigers (15-11, 4-2) completed district play with a 15-3 victory over Caddo Magnet on Monday.

Under a new softball format, District 1-4A was divided into two divisions this season. Benton finished second to defending district and Class 4A state champion North DeSoto in its division, which also included Northwood and Caddo Magnet. Each team played the other teams in its division twice.

Minden won the other division which included Bossier, Fair Park, Woodlawn and Huntington. The two division winners will meet Thursday at Airline to decide the district championship.

The idea behind the split was to give teams that have traditionally struggled a chance to have competitive games. Also, defeating teams with few wins can hurt a team’s power ranking.

Benton’s only two district losses were to North DeSoto. The Lady Tigers may not technically be the district runner-up, but they were clearly the second-best team this season behind the Lady Griffins.

At Parkway, the Lady Vikings scored eight runs in the final three innings, breaking a 3-3 tie.

Airline pushed across two runs in the first inning and once in the third. Thanks to doubles by Madelyn Elliott and Brittany Bryant and some aggressive baserunning, Parkway scored three runs in the bottom of the fourth to tie.

But those doubles were the only hits the Lady Panthers got off Airline’s Hannah Hutson, who also struck out nine.

It was Senior Day/Night for Parkway. Returning to the mound after being sidelined for more than two weeks with an injury, Lady Panthers senior ace Samantha Guile started and pitched three solid innings. She struck out five and allowed only one earned run.

Kelci Johnson led Airline at the plate, going 3-for-5 with two doubles and three RBI. Jamie Roberts also had three hits and two RBI. Brittany Nelson went 2-for-4 with a double. Kaitlyn Walker had two hits. Kourtnee White had a double.

At Minden, Benton’s Sarah Koeppen continued her outstanding season with a home run, double and two RBI. Abby Kent went 3-for-3 with two RBI. Mackenzie McEntee had two hits, including a double, and two RBI. Siara Erickson went 2-for-4.

Koeppen and Ashley Hunter combined on a four-hitter.

NOTE: The above report is based on box scores and play-by-plays on teams’ official GameChanger accounts, information received from coaches and observations by the reporter.