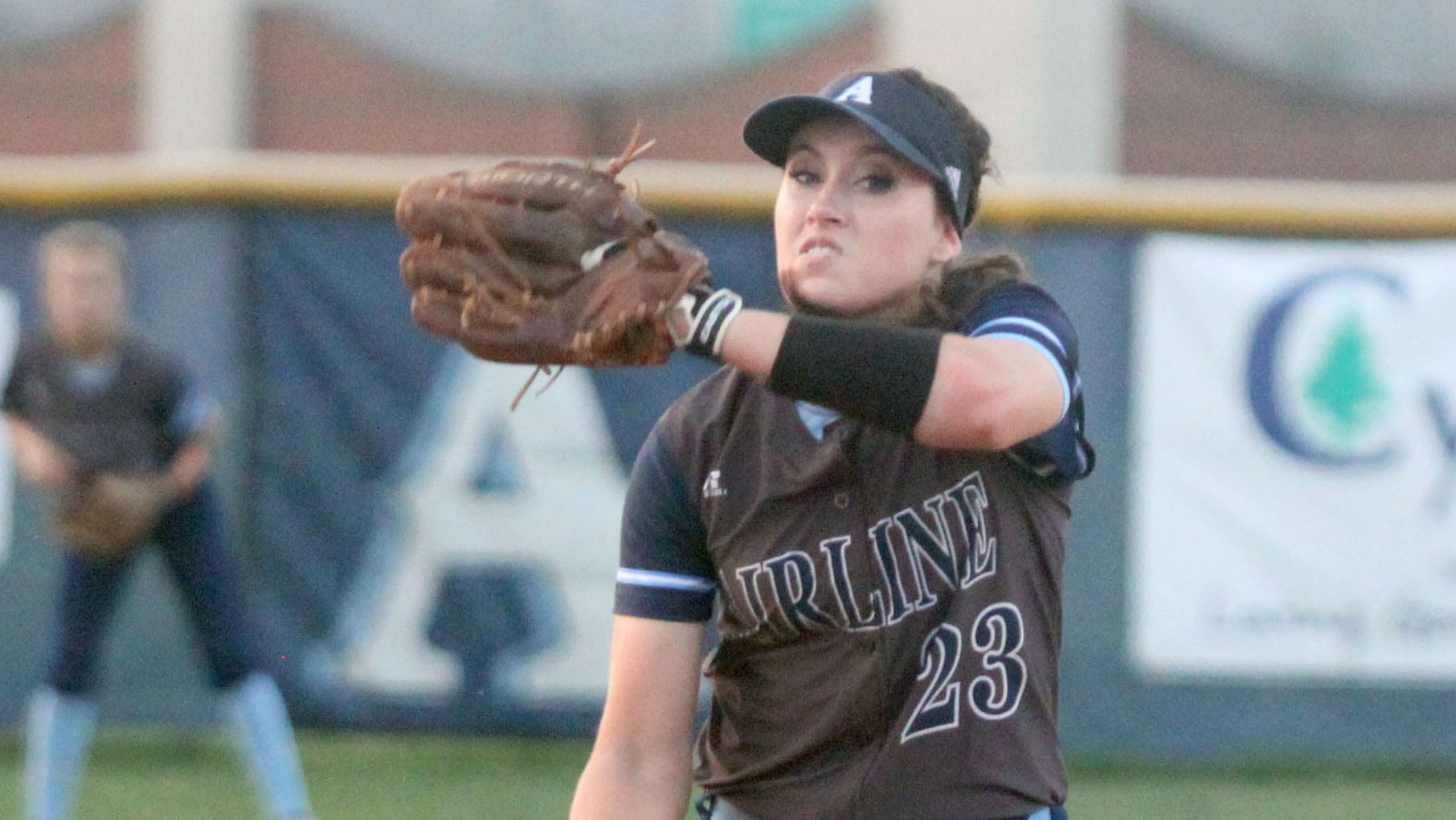 Benton’s Ashley Hunter pitched a three-hitter with 13 strikeouts as the Lady Tigers opened District 1-4A play with a 2-0 victory over Northwood at Northwood.

After losing its first three games by one run, Benton (7-4) has now won seven of eight including six in a row. The Lady Tigers host defending Class 4A state champion North DeSoto at 6 p.m. Thursday.

Airline’s Hannah Hutson pitched a five-inning one-hitter in an 11-0 District 1-5A victory over Haughton at Airline. The Lady Vikings improved to 9-1 overall and 3-0 in district. They are tied with Parkway, which was idle Tuesday, for the district lead. Defending champion Byrd, which defeated Evangel 9-8, is 3-1. Evangel is 2-2.

Airline visits Evangel Wednesday in a game that was postponed from last week.

At Northwood, Benton scored both runs in the sixth inning.

Abi Cole led off the inning with a double, advanced to third on Hallie Saintignan’s ground out and scored on a passed ball. Sarah Koeppen followed that with a home run blast over the center field wall. Koeppen finished 2-for-4.

Hunter retired six of the final seven Northwood batters. One reached on an error in the bottom of the sixth.

At Airline, the Lady Vikings broke a scoreless tie with two runs in the second and then blew the game open with seven in the third.

Hutson, Kaitlyn Walker and Maddie Ennis all had two hits. Walker and Hutson both had doubles and Ennis drove in three runs.

Haughton infielders, including pitcher Shelby Hensley and shortstop Savannah Salley, made some nice stops of hard hit balls. But the Lady Vikings turned them into hits with hustle. Five of Airline’s runs in the third came with two outs.

Jamie Roberts, Brittany Nelson and Ennis had singles in the inning, and Walker had the double to center field. Jessica Baffuto had a sacrifice fly. The Lady Vikings also took advantage of two hit batters and three errors.

Lauren Edwards had Haughton’s lone hit, an infield single in the third.

NOTE: The above report is based on box scores and play-by-plays on teams’ official GameChanger accounts, information received from coaches and observations by the reporter.