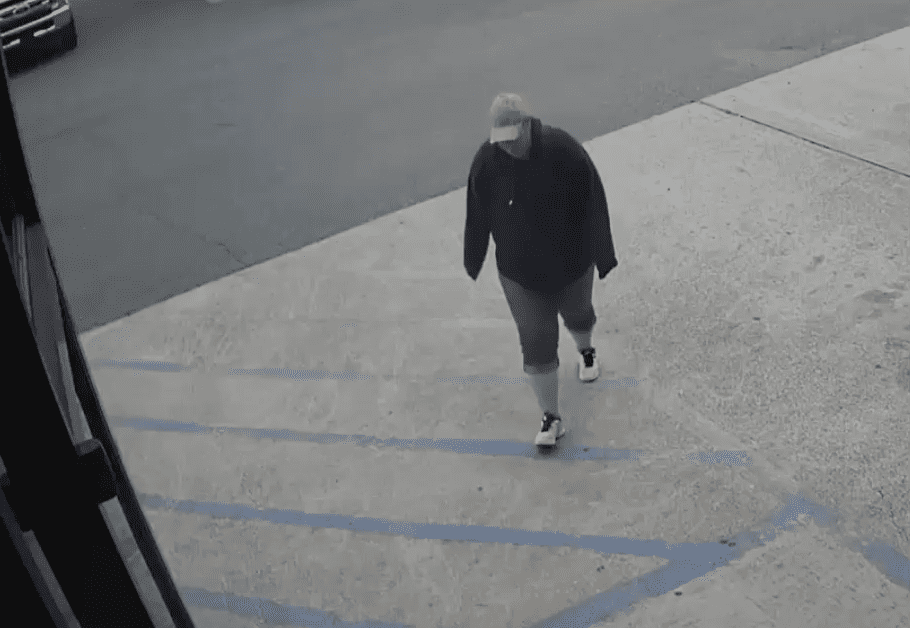 Detectives with the Bossier Sheriff’s Office are asking the public’s help in identifying a female suspect who stole a large sum of money from a south Bossier casino around lunchtime on April 23.

Surveillance video at Red River South Casino, located at 7980 Barksdale Blvd./Highway 71, shows a female suspect entering the casino around 11:21 a.m. and departing ten minutes later with the cash.  When she entered the casino, she walked around, played poker on a couple of machines while she smoked a cigarette.  She was the only patron in the casino, and a short time later, she is seen on surveillance video placing latex gloves on her hands and uses a key to enter the casino office.

She is then seen on video taking the cash from the office drawers, placing it in her backpack, and quickly exiting the casino on foot heading towards Highway 71.  An eyewitness informed detectives that he saw a women fitting her description walking east on Caplis-Sligo Road shortly after 11:30 a.m.

The suspect is described as a heavy-set, white female in her 30s or 40s, wearing a pink ball cap with brownish-colored hair pulled back into a ponytail.  She was also wearing a dark-colored sweat top, Capri jeans, and bright yellow or chartreuse tennis shoes, as well as glasses and carrying a gray and black backpack.

Detectives are asking anyone who may know the identity of this female suspect to contact Bossier CrimeStoppers at (318) 424-4100.