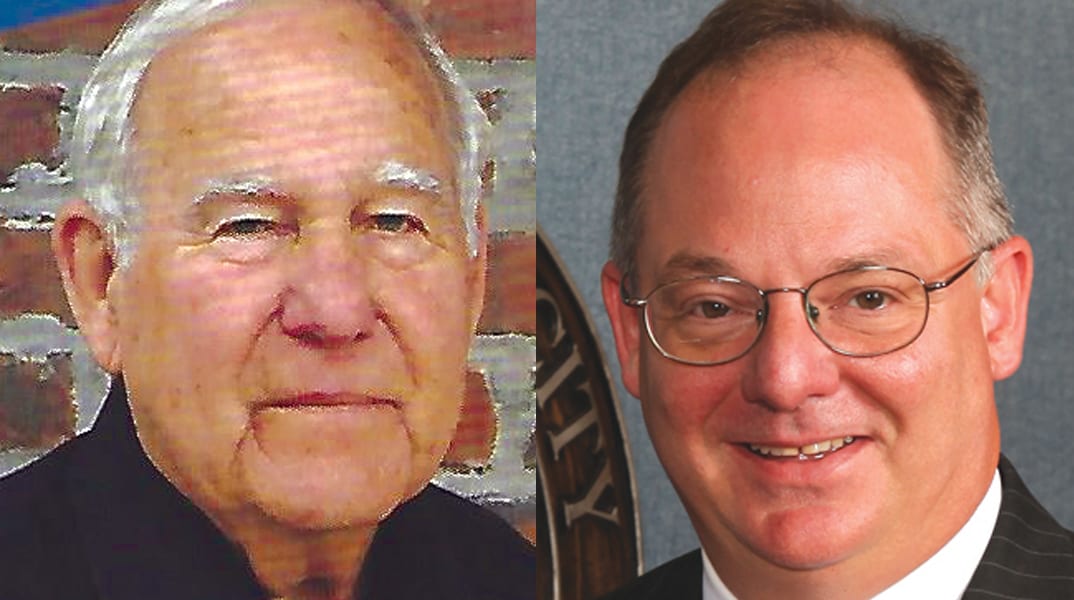 South Bossier will chose a councilman for their area later this month.

Residents will choose between incumbent Scott Irwin and Lindell Webb for the City of Bossier City Council Dist. 1 seat in the March 25 election.

The Bossier Press-Tribune spoke with both candidates ahead of early voting for the March 25 election, which begins March 11. Below you can find information about each candidate.

Irwin was elected to the council in 2007. He has a master’s degree from Louisiana Tech, certified employee benefit specialists through the Wharton School of the University of Pennsylvania. He manages his own branch of Lincoln Financial Securities. A republican, Mr. Irwin is a member of Friends of the Red River Wildlife Refuge and the Bossier City Rotary Club. He is married to Peggy Irwin and they have two children, Amelia and Jeffery. They attend the Gateways Church.

When I first came into office, we put up railroad safety crossings at every railroad. That’s not an easy thing to do, you have to work with the railroad. We have seven crossings and only three had safety gates. You were never quite sure which one had a gate and which one didn’t. In talking to a Bossier City fireman, he said auto-train accidents are virtually nonexistent. That’s lives saved. In the past, it seemed like every month or two there would be a tragic accident.

Another thing is the new South Bossier Park (at the corner of Sligo Road and Caplis-Sligo Road), which was a city-parish joint venture. Bossier City put up $1 million for that project. That’s where south Bossier is growing so that park is a great place where multiple teams can practice with plenty of room. Now people don’t have to drive to the North Bossier Park for soccer practice.

I want to ensure that south Bossier is safe and secure by supporting police, fire and emergency medical personnel. We can’t take those things for granted. Another huge thing is to constantly work on repairing roads and sidewalks inside neighborhoods. We have roads that are 60 years old and they need to be repaired. It’s a constant process. I want to do everything I can to attract jobs to Bossier City and CSRA is the biggest example of that right now. The big goal is for people to want to move here, work, and feel safe.

Lindell Webb worked for over 40 years in the oil and gas industry, served on the Bossier Parish School Board, was elected to the Louisiana Republican Central Committee, served on the Bossier Parish Executive Committee, and the Bossier Levee Board. He is a veteran of the U.S. Army and National Guard. He is married to his wife, Jan and the couple have a daughter and son-in-law, three grandchildren and one great-granddaughter. Mr. Webb serves as a Deacon and Chairman of the Personnel Committee for Bellaire Baptist Church.

I am well qualified for it — I served on the Bossier School Board, the Louisiana Republican Central Committee, the Bossier Parish Executive Committee, and the Levee Board.

And I hope (the Walker Place development) still gets built. The city is so unbalanced. I’m not knocking north Bossier, but I’m for south Bossier. I think we’ve been a little slighted for business. I know that development was going to be similar to the (Louisiana Boardwalk Outlets) and I don’t know if I’ll be here when it’s finished, but I want it to happen for my kids and grandkids.

I’d also like to raise police and firemen’s pay, if there’s any way we can do it.