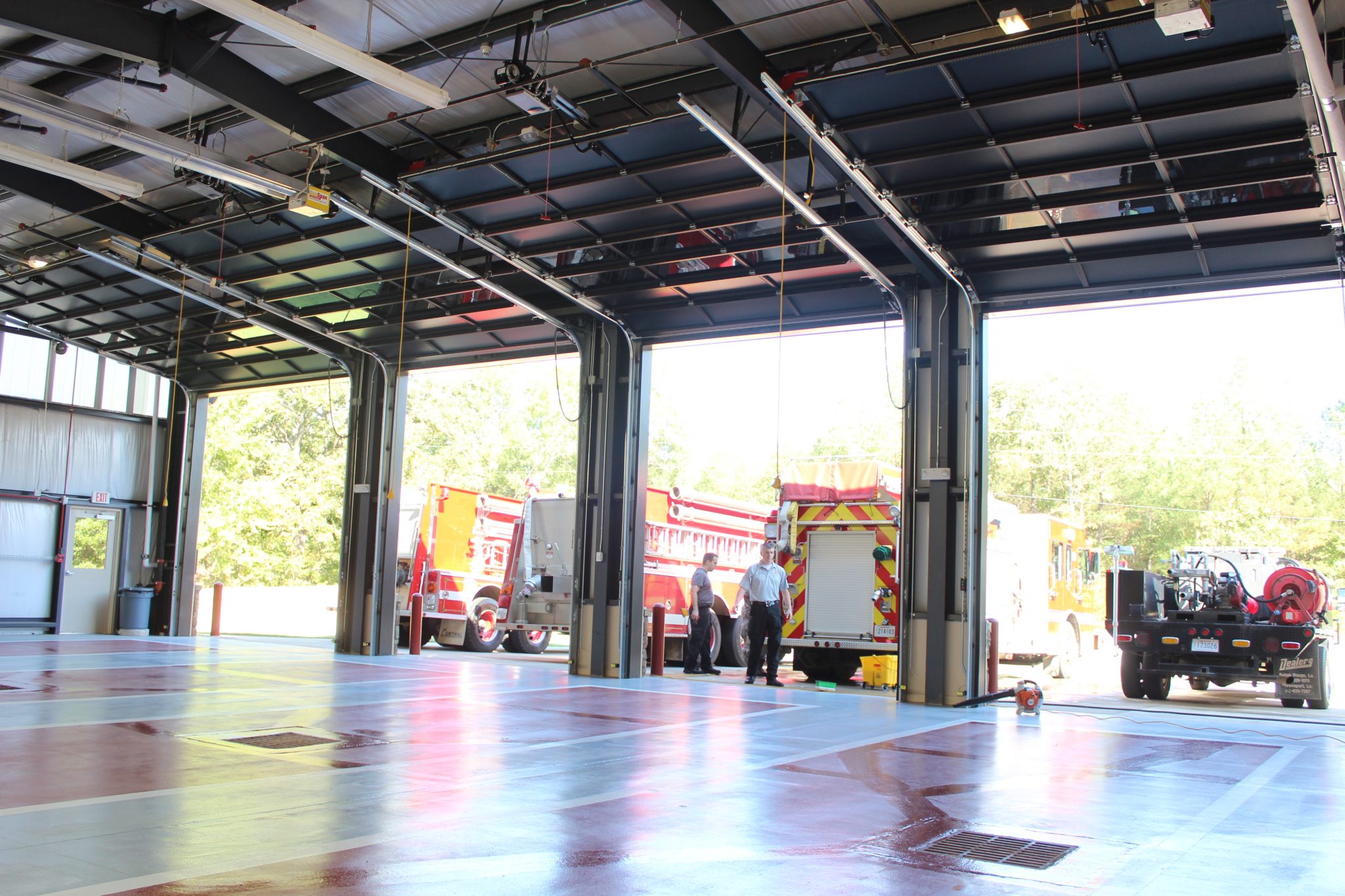 South Bossier residents will continue to see a rapid response in emergencies with the opening of the area’s second 24-hour, seven-day-a-week substation.

To celebrate, the South Bossier Fire District 2 team unveiled the new facility Saturday during a public open house. The event marked the culmination of a year long construction process and many more years of hard work.

While the station is located on the same property as it was before, Fire Chief Kenny Tyson said the facility upgrades are impressive and much needed. Fire Dist. 2 covers about 166 square miles, an area that spans north from their location on Sligo Road toward the city of Bossier, south toward Red River parish, east to Bienville and Webster parishes and west to the Red River.

Former Dist. 2 Fire Chief Ron Schindall played an instrumental role in getting the department where it is today, Tyson said. Sadly, Schindall passed away before construction on the new station was completed.

Land for the project was cleared in October 2012, which included removing the old station from the property. Tyson described the two bay metal shed as “just a place to park the trucks.”

Today, the 5,500 square foot building houses three bedrooms, office space, a kitchen and living area as well as four outdoor bays that house their vehicles. Tyson added that they still have the capability to add another truck and bedroom to the substation if needed, as well as property behind the building in case additional rooms are needed later on.

“We had a long term plan and knew the growth was coming,” he said. “We know there are still more people and residential developments moving out this way and our new facility still has the room to grow with our community.”

As population numbers rise in south Bossier, Tyson said they stride to keep their response time down. He credited his crew and the station’s location for playing big factors in that time.

“Our location is central enough to reach areas fast and cuts our response time in half,” Tyson said. “We can be on site within minutes of being dispatched.”

Just hours after volunteers moved equipment into the new station last month they received their first call. Emergency response crews arrived on scene to find a male patient who was not breathing and without a pulse.

Fortunately, Tyson said responders were able to revive the patient.

“Had this station not been here, that story would have ended a lot different,” Tyson said. “You can’t put a price on saving lives.”

Fire Dist. 2 was started in 1985 by a group of citizens who saw a need for an emergency response crew in the area. Tyson said the group worked hard to raise money to get the department going and it didn’t take long before the group of volunteers started growing in numbers.

However, times have changed and Tyson said the number of volunteer firefighters is decreasing across the nation. Fire Dist. 2 currently has two paid firefighters on call 24 hours a day, seven days a week and about 15 volunteers, some of who occasionally stay the night at the new substation in case backup is needed.

Tyson said his volunteers come from an array of backgrounds, including south Bossier citizens and airmen stationed at Barksdale Air Force Base.

Those who would like more information on how to become a volunteer firefighter are encouraged to contact the South Bossier central fire station at (318) 987-2555. Applications may also be picked up at their location.