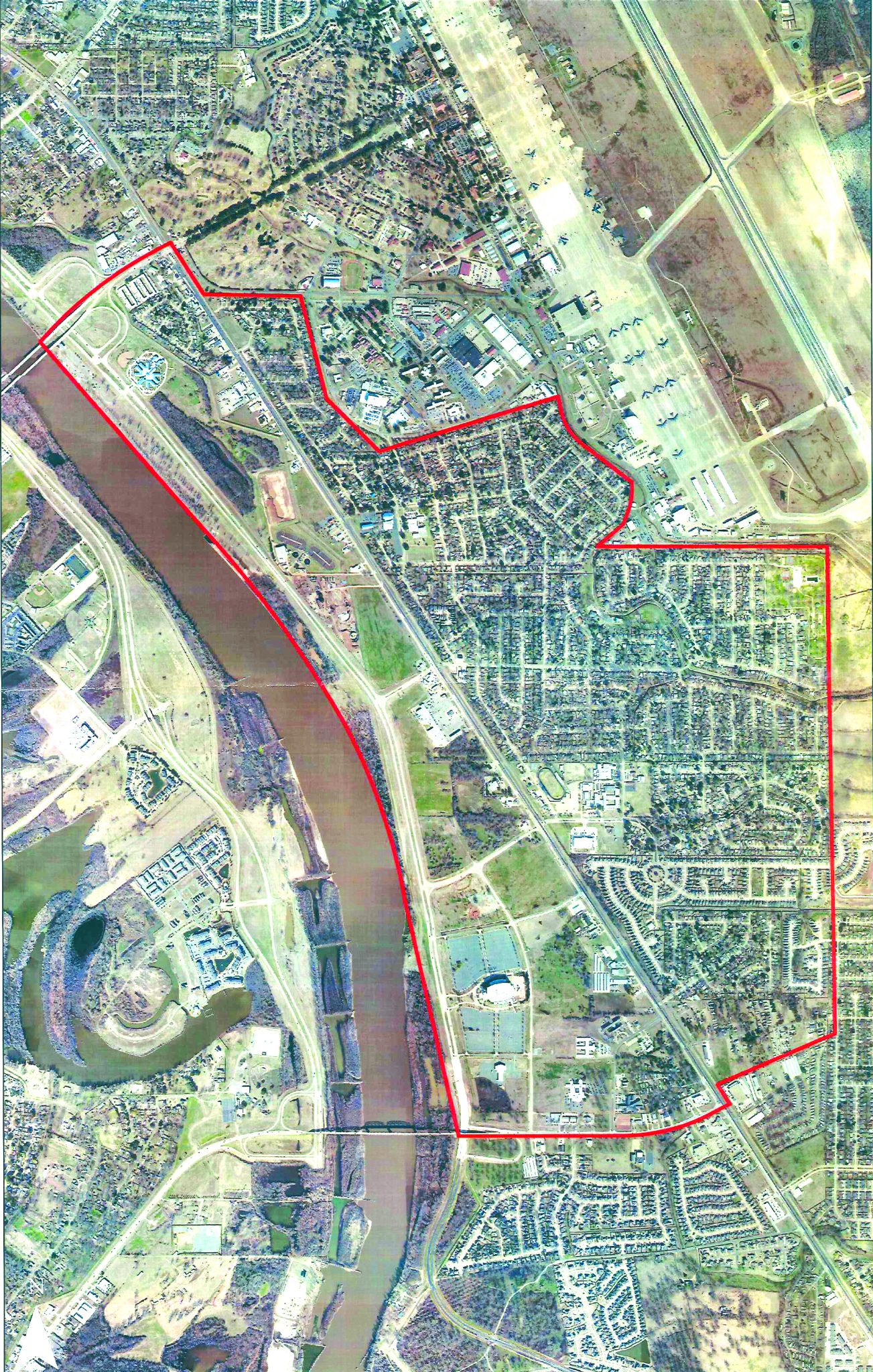 Public will be allowed to give input towards area’s improvement

South Bossier City residents will have an opportunity to reshape the future of their area at a meeting Monday at the CenturyLink Center.

Local architect Mike McSwain, who is serving as project manager of a four component makeover, said the area included in the study generally runs from the Shreveport-Barksdale Bridge to just south of the Jimmy Davis Bridge, from the river front to Barksdale Air Force Base.

McSwain said meetings have previously been held with stakeholders such as the Bossier Chamber of Commerce, Barksdale Air Force, U.L.Coleman Company, the South Bossier City Citizens Assembly and others.

Bossier City Special Projects Coordinator Pam Glorioso said Monday’s meeting, to be held at the lower level meeting room at CenturyLink Center, would begin at 5 p.m. and tentatively last until 8 p.m. She said SWA would begin a Powerpoint presentation at 6 p.m. that includes information the planning firm has learned from demographic studies.

Glorioso said a conference call with SWA was scheduled this week to discuss details of the presentation.

Monday’s meeting deals only with the redevelopment plans, not the park and walkway.

A redevelopment plan, along with the park and elevated walkway, was part of a lawsuit settlement between the U.L.Coleman Company and Bossier City. When the City Council denied a request from the real estate developer to grant access from the parkway to a development, the company filed the lawsuit against the city in 2008. In December 2012 the parties reached a settlement agreement.

Further south of the study area, Barksdale Boulevard has seen recent retail development as well as apartments and housing construction in nearby subdivisions.

Within the study area, however, Glorioso said most of the homes were built in the 1970s and 1980s.

Most commercial land use in the study area lies within a narrow strip of land between Barksdale Boulevard and Arthur Teague Parkway.

Glorioso said one advantage the area has is an active neighborhood group, which not only can provide a great deal of input into developing a plan but which might also benefit from some of the suggestions made during the process or included in the final plan.

McSwain said SWA is a renowned planning and design firm with lots of specialized knowledge, which is why they were hired to perform the study and devise a redevelopment plan.

Once Monday’s meeting is complete, the firm is expected to spend a few months developing a preliminary plan, at which time another public meeting will be held to get comments from stateholders.

“This is a four to six month process and we’re about a month into it,” Glorioso said. “By the end of process, we will have a written plan from SWA.”

Essentially what is being done in south Bossier is the same process used by cities to develop a master plan for a city, except in this case it is for just a section of the city.

Glorioso said the city is looking for both short-term and long-term ideas to make the area better for residents and business. Among other things, the study will look at different types of land use in the area and explore potential long-term changes.

Near the center of the study area is the former location of Parkway High School, which moved to its new location further south on Barksdale Boulevard that not only is closer to a high-growth residential area, the school itself has space to expand if needed.

One of the big questions community members are being asked is what they would like their neighborhood to be like, such as recreational and shopping opportunities.

UL Coleman plans a substantial development on property north of CenturyLink Center and that is adjacent to Arthur Teague Parkway.