On October 24, 2015, voters in Louisiana will consider candidates for governor — among other offices. While this election will most likely continue to a runoff in November, I would like to offer some advice to the new leader of our state — whoever he may be.

First of all, the newly elected governor will have a host of tough decisions to make. With budget woes and falling oil prices, Louisiana revenues are bound to take a hit. That being said, there is a difference between “spending” and “investing.” 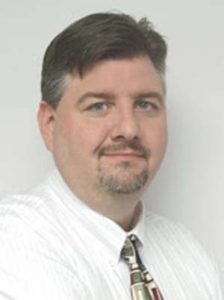 Properly invested, state revenues can produce a return over time that would greatly benefit the state’s economy, and in turn would benefit state tax coffers.

Here in northwest Louisiana we have a host of investment projects that need to continue to move forward:

Many Louisianans wondered if an extensions of I-49 to Arkansas would ever come to pass. Now, we are the cusp of such completion, opening the doors to interstate commerce and potentially boosting communities like Hosston and Plain Dealing, all the while making it more advantageous to do business in Shreveport-Bossier. Connecting the completed legs of I-49 through Shreveport is a no-brainer.

Expansion of I-220 South

At the groundbreaking of the Cyber Innovation Center in 2008, Gov. Bobby Jindal announced plans (and funding) to expand the southern loop of I-220 through Barksdale Air Force Base, with an exit/access gate. Seven years later, we have seen virtually no movement on that front. This project would further expand opportunities for Shreveport and Bossier City, making access to industrial parks and the Port of Caddo-Bossier easier than ever. In addition, this route would alleviate some of the traffic snarls through the center of the cities.

This Canada-to-Texas corridor could be the catalyst for even greater economic development in the region, but it must have an advocate in the Governor’s Mansion.

A skillfully trained workforce is an essential investment in economic growth. Current Louisiana businesses, and their prospective counterparts cite a trained workforce as one of the main reasons for choosing or leaving a state, You should lead the way, working with all levels of education to help identify and train students in some of the most needed (and lucrative) fields.

With a growing economic comes growing demands on natural resources. In north Louisiana, demands on our water resources are at an all-time high. New sources must be cultivated before they reach critical mass. It takes infrastructure to solve this problem.

These are but a few of the investments that deserve careful consideration. The next governor should truly be focused on items that provide a positive economic return when choosing what to fund. It won’t be easy, but in the end it will be worth it.