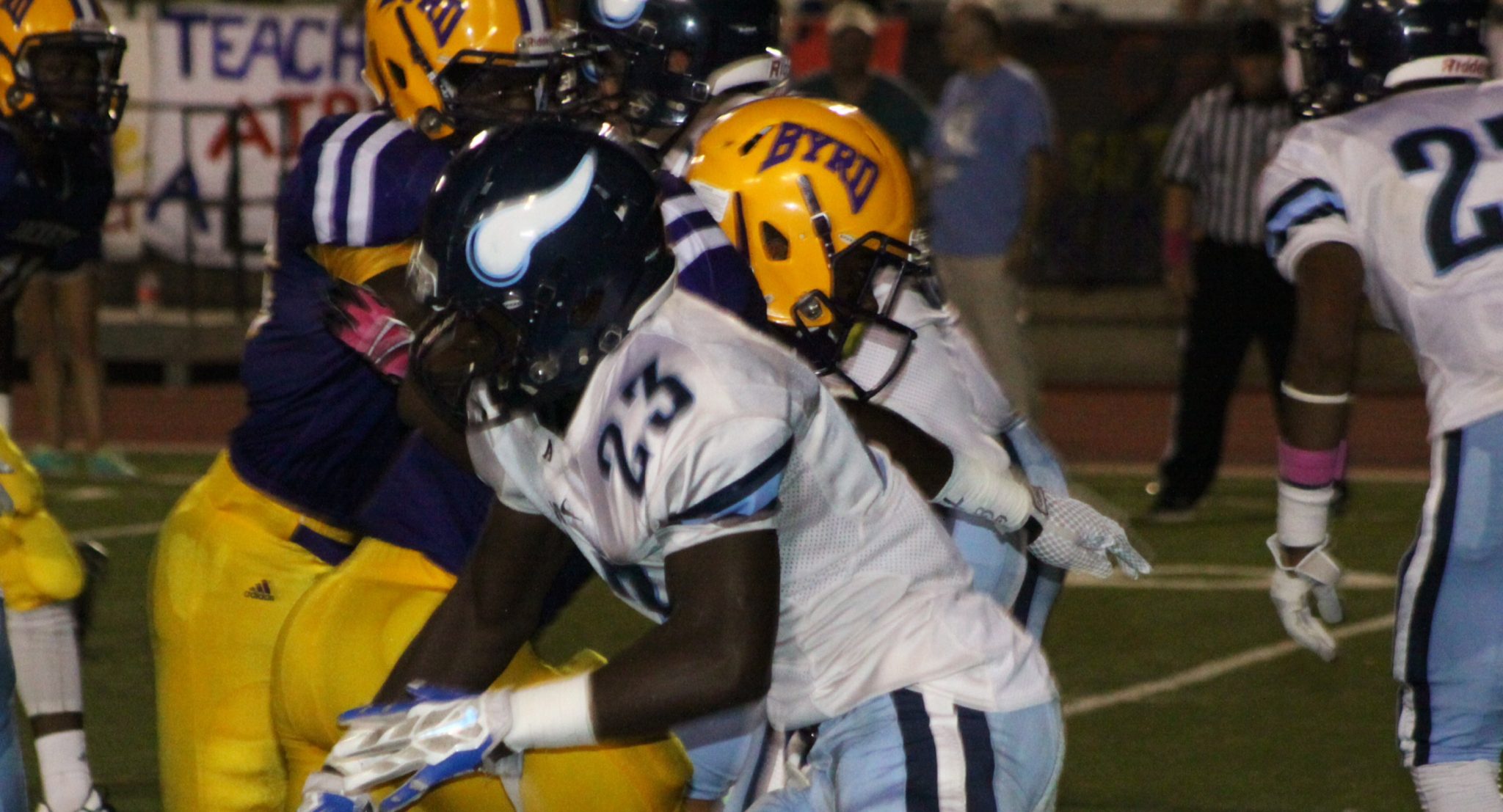 Special teams breakdowns have been a problem for the Airline Vikings all season. That was the case again Thursday night in their District 1-5A opener against Byrd at Lee Hedges Stadium.

Three Byrd touchdowns were the direct result of breakdowns by the punt team in a 31-13 loss to the undefeated and third-ranked Yellow Jackets.

Airline dropped to 2-4 with its third straight loss to a top-team team. Byrd improved to 6-0.

The Vikings put themselves in a 21-0 hole thanks to the breakdowns. Of course, one team’s breakdown is another team’s great play.

Byrd’s third touchdown was all on the Vikings, though. The Jackets recovered a high punt snap at the Airline 1 and scored on the next play.

Defensively, the Vikings turned in another solid performance. They did something early in the game that they were going to have to do to win — force turnovers.

Tyler McCallister recovered a fumble and Tyrice Neal intercepted a pass in the end zone. But Airline couldn’t take advantage.

Neither team got much going offensively in the first half. Sophomore quarterback Noah Hildebrand came off the bench in the second quarter and gave Airline a spark.

He drove the Vikings down the field but the scoring threat ended with an interception.

Byrd eventually built a 31-0 lead in the second half. Airline scored two late touchdowns on a 12-yard run by Hildebrand and a 4-yard pass from Hildebrand to Anthony Mulrenin.

Airline will get the chance to knock off another undefeated team next Friday. The Vikings host Haughton (6-0), which defeated Southwood 28-7 Thursday.