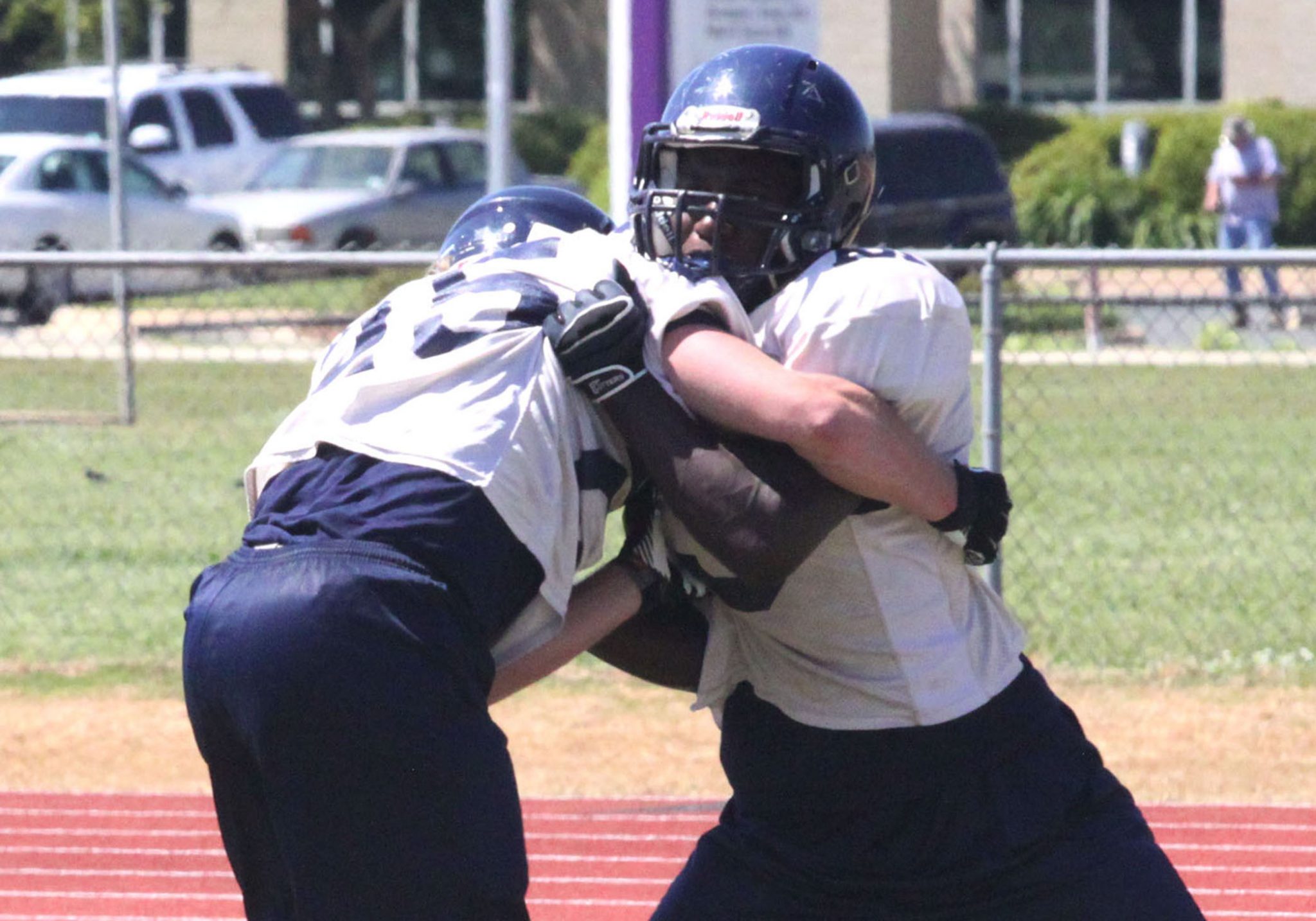 Last year, Airline coach Bo Meeks and his staff went into spring football practice with a mostly inexperienced team.
This year it’s a different story.
“We have 80 percent our roster back,” Meeks said. “A lot of our guys have experience. We’re way ahead of the game as far as our guys just knowing what we’re doing.”
Last fall, many of those players played key roles in the Vikings’ 5-5 regular season. Airline finished third in District 1-5A and took eventual Class 5A state runner-up Parkway to the wire before losing 30-23.
Airline went on to lose to Covington 48-13 in the first round of the playoffs.
A major reason for the Covington loss was a flurry of turnovers. During spring practice, Meeks said taking care of the football has been a point of emphasis.
Meeks also wants his team to have a more physical style of play. Last season, the Vikings had a tough time matching up with a few teams in that department.
?One of the biggest things we’re really working on is becoming more physical across the board, offensively and defensively, on the perimeter,” Meeks said.
While Airline does have plenty of experience at most positions, the Vikings will have a new starting quarterback.
Junior Jacob James, who started the second half of last season, has decided to concentrate on baseball his senior year. James played with a fully torn labrum against Covington and is only now getting close to 100 percent healthy.
Two sophomores-to-be, Thomas McKain and Noah Hildebrand, are battling for the starting position, Meeks said. Hildebrand is the brother of former Airline standout Hayden Hildebrand, now at the University of Central Arkansas.
“They’re two great guys,” Meeks said. “We feel comfortable with both of them. I’m excited about both of those guys.”
The Vikings have plenty of experience at running back and receiver. Frank Winn, Darian Germany, Cameron Taylor, D’Juan Byrd and Shuncee Thomas are among those who either started or saw a lot of action at those positions last season.
Linemen Peyton Coker, Blaine Reeder, Colton Prater and Caleb Thomas all return.
The Vikings were hardest hit by graduation on the defensive line. But Charlie Matthews, the All-Parish defensive MVP and a first-team All-State selection last season, is back.
Other key returnees include linebacker Deveal Granville, ends Darren Cooper and Deandre Dawson, and strong safeties Alex English and Grant Henry.
DeAngelo Pouncey and Jarrett Bamburg, who saw action at wide receiver last season, have been moved to defense, Meeks said.