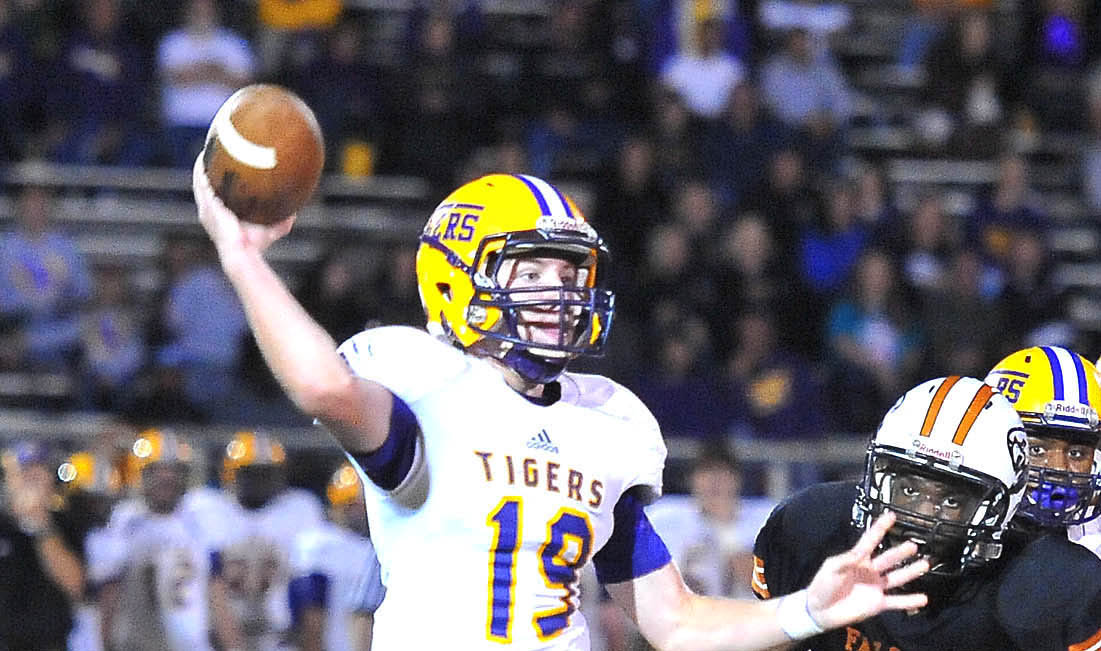 Last year at this time, Benton coach Reynolds Moore didn’t have any worries about his defense.
The Tigers had a wealth of experience, including several three-year starters. That defense was a big reason Benton went 10-3 last season and won a share of the District 1-4A championship.
It’s not quite the same this spring. Most of those players are gone, including linebacker Gage Carroway, the All-Parish Defensive MVP.
Lineman Chauncey Taylor and back Xavier Washington, both second-team All-Parish selections, return along with back Dorsavion Williams and end Tony Davis.
Back Zeke Barnett, a starter who missed much of the season with a broken arm, also returns.
But Moore is looking for players to fill some big holes.
“Even though you have five or six guys that played, four of them were three-year starters,” he said. “There’s no way to put into words what those guys meant to us. We didn’t win a lot of games big last year. We couldn’t really give a lot of guys a lot of reps.”
One of the new starters Moore is expecting to have an impact is middle linebacker Taylor Rivet.
“He’s certainly not going to replace Gage, but he can give us some good time there,” he said. “And there are some other spots we think kids can step up. We’ve got some young guys coming up from that freshman class that are pretty good we think can play.”
Offensively, the Tigers have more experience. Garrett Hable, who guided the Tigers at quarterback for most of the season as a freshman, returns.
Another sophomore-to-be, receiver/running back Doyle Adams Jr., also saw a lot of action last season and will be counted on to fill a void left by TJ Anderson.
Taylor also played fullback and came up big in short yardage situations. The Tigers lose All-Parish wide receiver Tyler Stephens but return junior-to-be John Westmoreland, who made some big catches.
Drew Brantley and Caleb Adams return on the offensive line.
“I’m not a big fan of spring practice,” Moore said. “I’d rather have some extra time in the fall. But it’s a great time to give our guys some experience and get them going, to see who has the ability to step in and replace those guys.”
Benton had one of its best seasons in years in 2014. But it ended with a 55-7 thrashing at the hands of eventual state runner-up Warren-Easton in the quarterfinals.
The winning attitude and confidence that goes with it has carried over into the spring, but so has the memory of that loss.
“It’s a great feeling, don’t get me wrong,” Moore said of being defending district champs. “But while it’s exciting I think we’re still a little bit hungry and that’s good.”