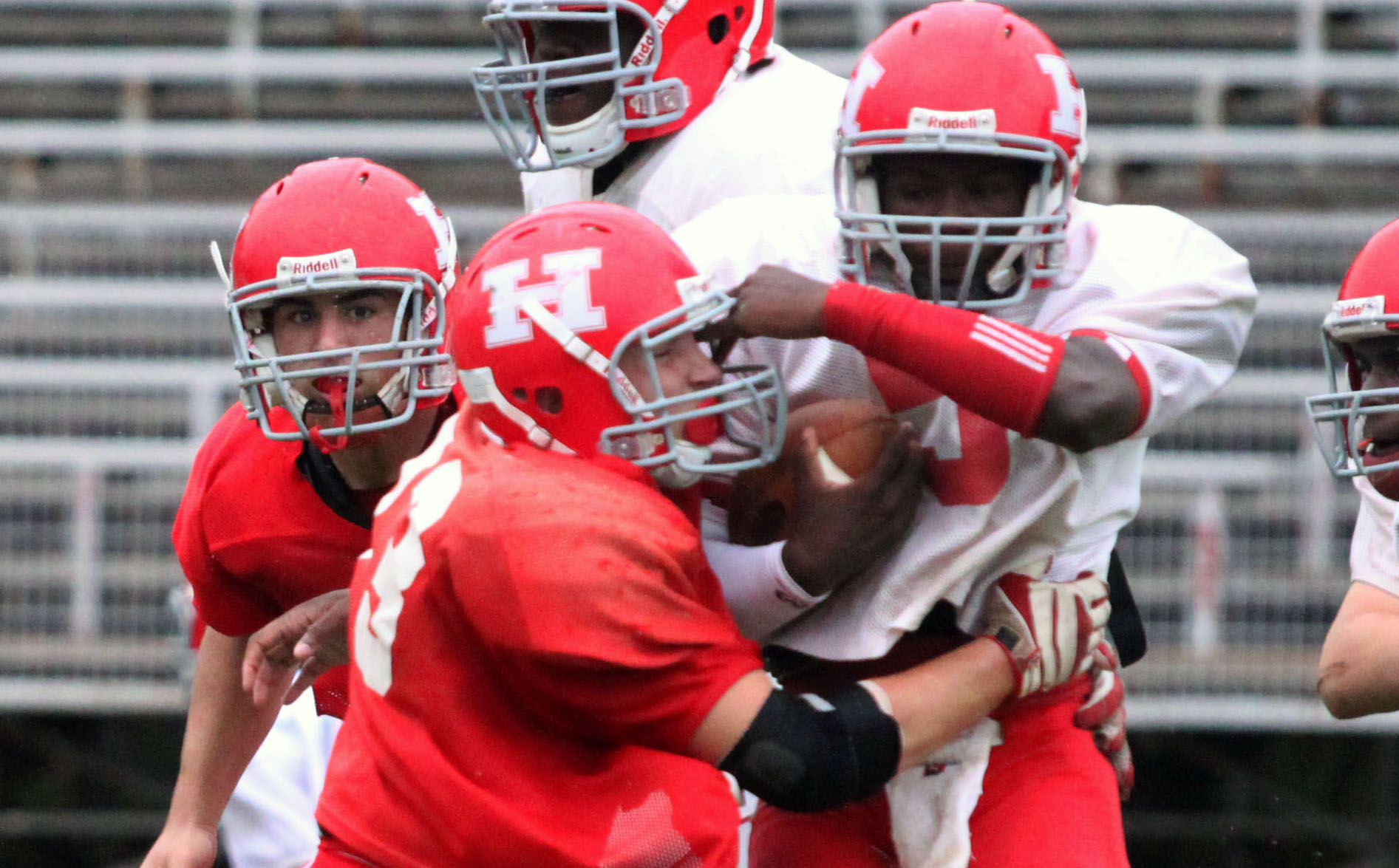 Quarterback is a main focus of attention for the Haughton Bucs this spring.
For the first time since 2013, the Bucs will have a new starter at the position. Two-year starter Will Haines is headed to Southern Arkansas University in the fall.
Senior-to-be Darius Brooks was Haines’ main backup the past two seasons. Haughton coach Rodney Guin said Brooks and junior-to-be Pryce Curry will battle for the job.
“We’ve got to get them a whole bunch of reps to get them going,” Guin said.
Brooks, who like Haines has the ability to run, has some experience. He played a complete game during his sophomore season when Haines was injured.
Guin is also looking for some new offensive linemen to step up. Jonathan McCleskey is the only returning starter one the line.
“We feel good about our team,” Guin said. “We’ve just got a few young guys we’ve got to get ready to play.”
Last season, speed was a big factor in the Bucs’ offensive success.
Javonte Woodard, the team’s top receiver in 2014, is headed to Louisiana Tech. But the Bucs will still have plenty of speed returning from a team that finished 9-3 and advanced to the second round of the state playoffs.
Antonio Woodfork and Josh Lister return at receiver. Both are track standouts. Woodfork, who caught 25 passes for 303 yards, was the team’s second-leading receiver last year.
The Bucs will have their top two running backs back. Kei’Untre Normandin, a first-team All-Parish selection, was the parish’s leading rusher in the regular season with 828 yards on 121 carries.
Ware, a member of the Bucs’ Region I-4A champion 4X100 relay team, gained 476 yards on 69 carries.
Haughton has six returning starters on defense — linemen Harrison Voigt, Chance Brown and Terrance Sweeney; linebacker Duncan Smith; and backs TJ Sweeney and Jeremiah Wilson.
Smith, a junior-to-be, has been starting since he was a freshman. Nico Broadway returns to handle the kicking duties.