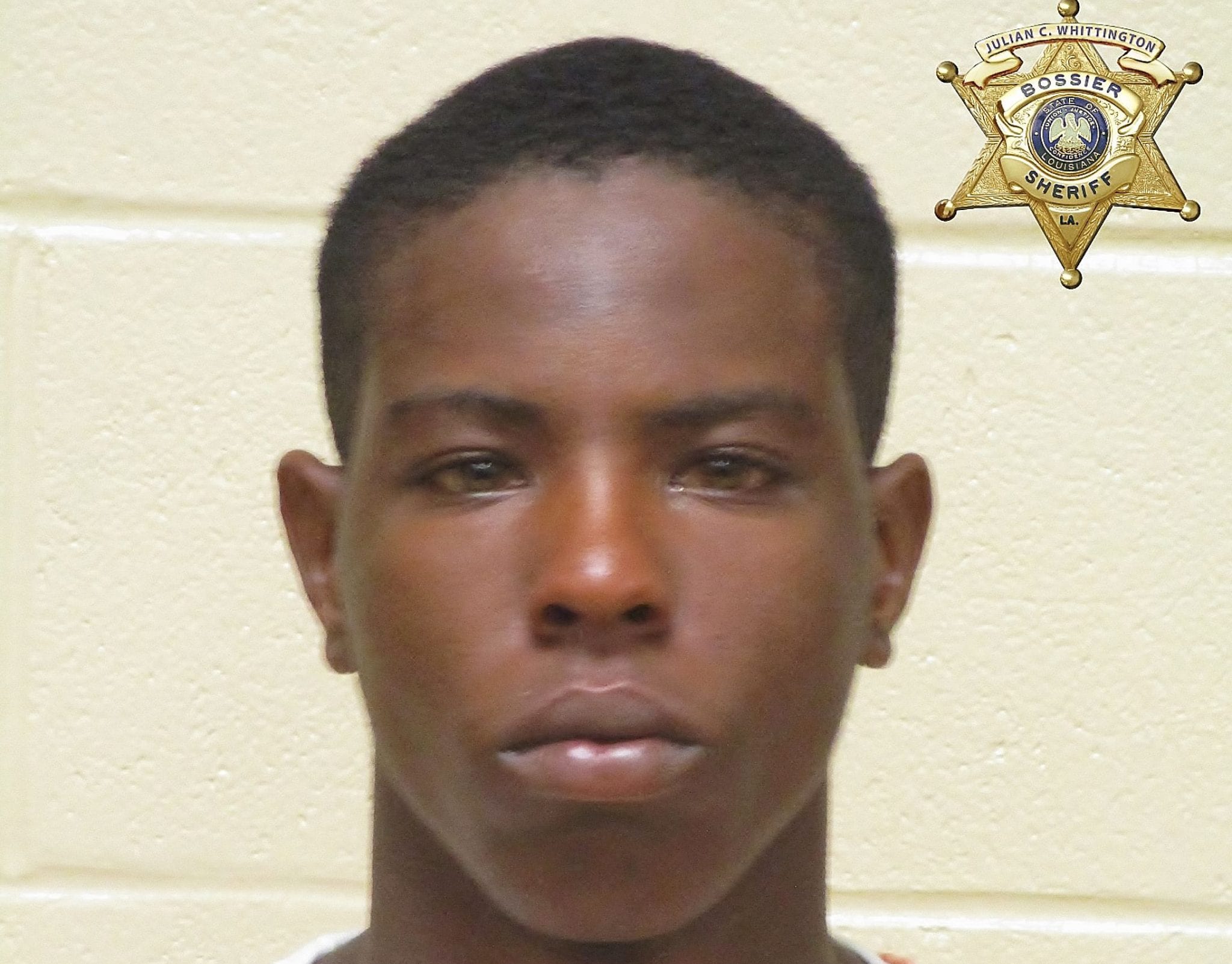 Plain Dealing Police Department initially responded to the scene and requested assistance from the Bossier Sheriff’s Office; crime scene investigators and detectives quickly began their investigation.  Woods and two others had fled the scene, and the suspects’ vehicle was stopped in Bossier City by Bossier City Police Department officers and Bossier deputies soon thereafter.  All three suspects were detained and questioned, as well as multiple witnesses who were interviewed, and Bossier Sheriff’s detectives determined that Woods is the one who shot the victim twice with a rifle.  The juvenile victim was transported to Willis-Knighton in Bossier where he was pronounced deceased.

Woods was transported to the Bossier Maximum Security Facility for booking; bond is pending.  The identity of the deceased juvenile is not being released at this time, pending family notification and an ongoing investigation.