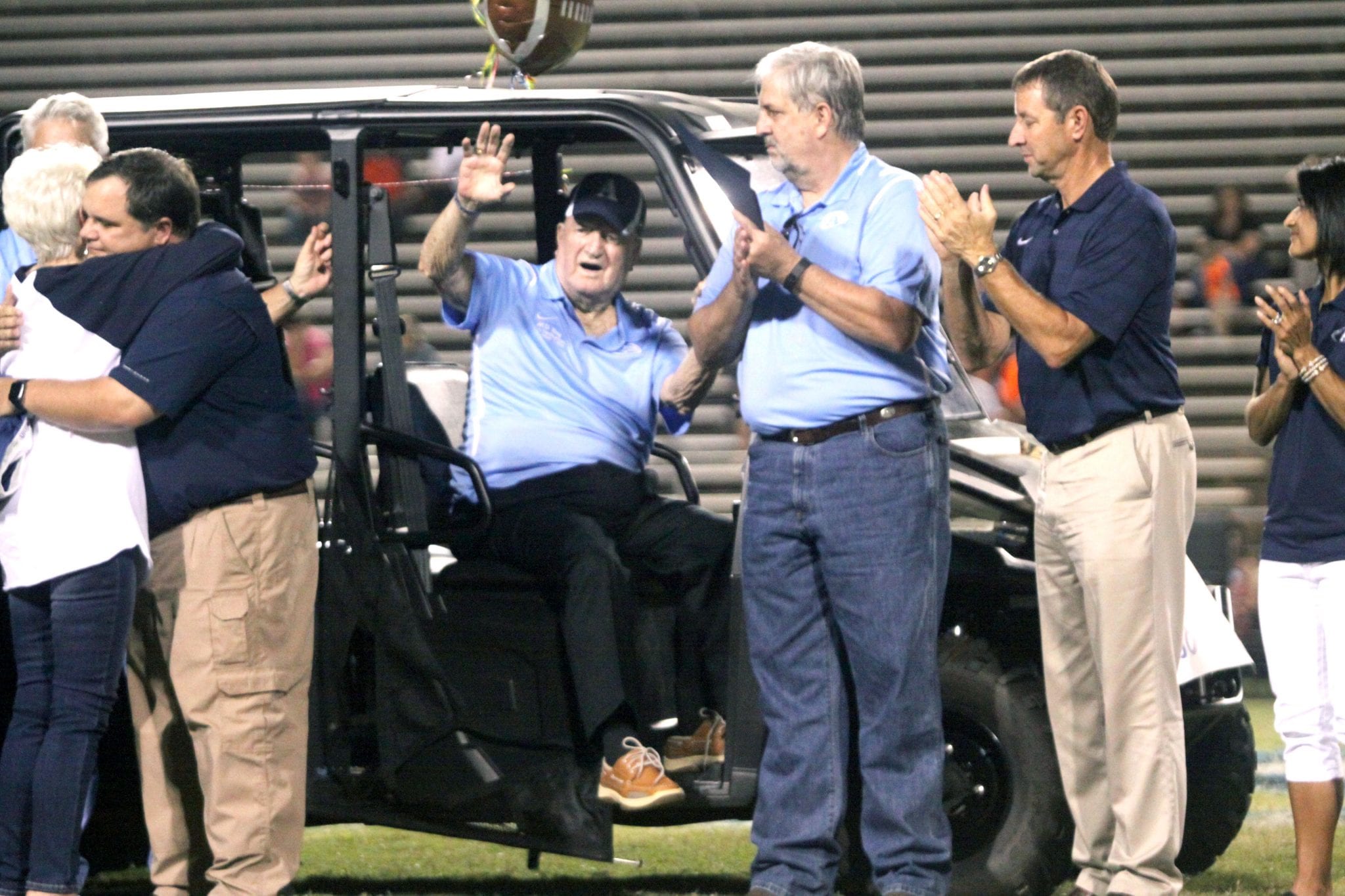 The fields at two Bossier Parish Stadiums have been named in honor of former parish coaches and educators.

Ray served on the AHS football staff from 1967 to 1978, including as an assistant coach on the 1967 state championship team.

As head coach, Ray led the Vikings to 35 victories. More importantly, he taught his players by example how to live life off the field through his decades of faithful devotion to his family, faith, Airline and Viking football.

Marlow was one of Bossier Parish Schools finest educators, having just retired after 46 years of service. His teaching career in Bossier Parish began in 1971 at Parkway as an assistant football coach. He was named head coach in 1983.

That same year Marlow took Parkway to the playoffs for the first time in school history.

He made a career move into administration in 1985, where he served for four years as assistant principal at Elm Grove Middle, then principal for the next 20 years. In 2010, Marlow led Elm Grove’s transition from a middle to an elementary school, where he continued as principal until he retired in 2017.