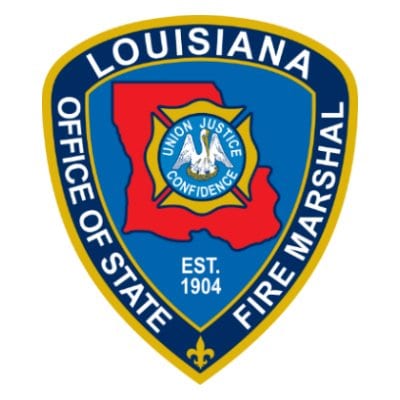 “These are sad and stunning cases that should bring everyone pause,” said Browning, “Just because there is no burn ban in place in your area, that does not mean that conditions can’t change quicker than you can safely react.”

Four deaths since the end of January are believed to be attributed to open burning accidents.

The most recent tragedy occurred on Monday, March 28 in Sarepta. Around 2 p.m., firefighters were called to the 200 block of Wilton Road in response to a large grass fire. A 911 caller reported her 80-year-old neighbor’s burn pile spreading to another property and the man could not be located. Firefighters later found the man’s burned body on the neighboring property with evidence he had been attempting to stop the spread of the fire.

Also on Monday, March 28, State Fire Marshal (SFM) deputies were alerted to the discovery of an 89-year-old man found on his property after a multi-day search. The man had been reported missing Saturday following the discovery of a 10-acre grass fire on his property in the 5200 block of Norris Road in New Iberia. His burned body was found the morning of the 28th near a pond.

On Thursday afternoon, March 25, SFM deputies responded to the 5600 block of Topsy Bel Road in Topsy after the fire chief of Jefferson Davis Fire District #7 located a body in a burn pile while helping a resident put out a brush fire that was growing along the fence line from the pile. While confirmation of the identity of the victim is still pending, it is believed to be the 67-year-old female resident of the property next door to where the burn pile was located. At this time, this incident appears to be accidental, however, deputies are continuing to investigate.

And back on the morning of January 31, SFM deputies responded to the 1000 block of Good Hope Road in Anacoco. Firefighters learned a 78-year-old man was clearing his property with his son when the burn pile they lit began spreading. During the efforts to contain the fire, the older man went missing. Tragically, a relative later discovered his body still covered in flames.

“Don’t let the fact that you’re burning brush outside keep you from understanding smoke from that fire can and will overtake you if you’re not careful, “ said Browning, “Conducting open burning is a dangerous practice, no matter how frequently you do it, and it requires multiple safety steps to be taken every single time.”

Those safety tips include:

•              Ensuring weather conditions, including wind speed and direction, are safe for burning

Also, remain aware of and compliant with any local restrictions on open burning and follow the Louisiana Department of Environmental Quality’s guidance on legal open burning materials which can be found on the agency’s website deq.louisiana.gov.