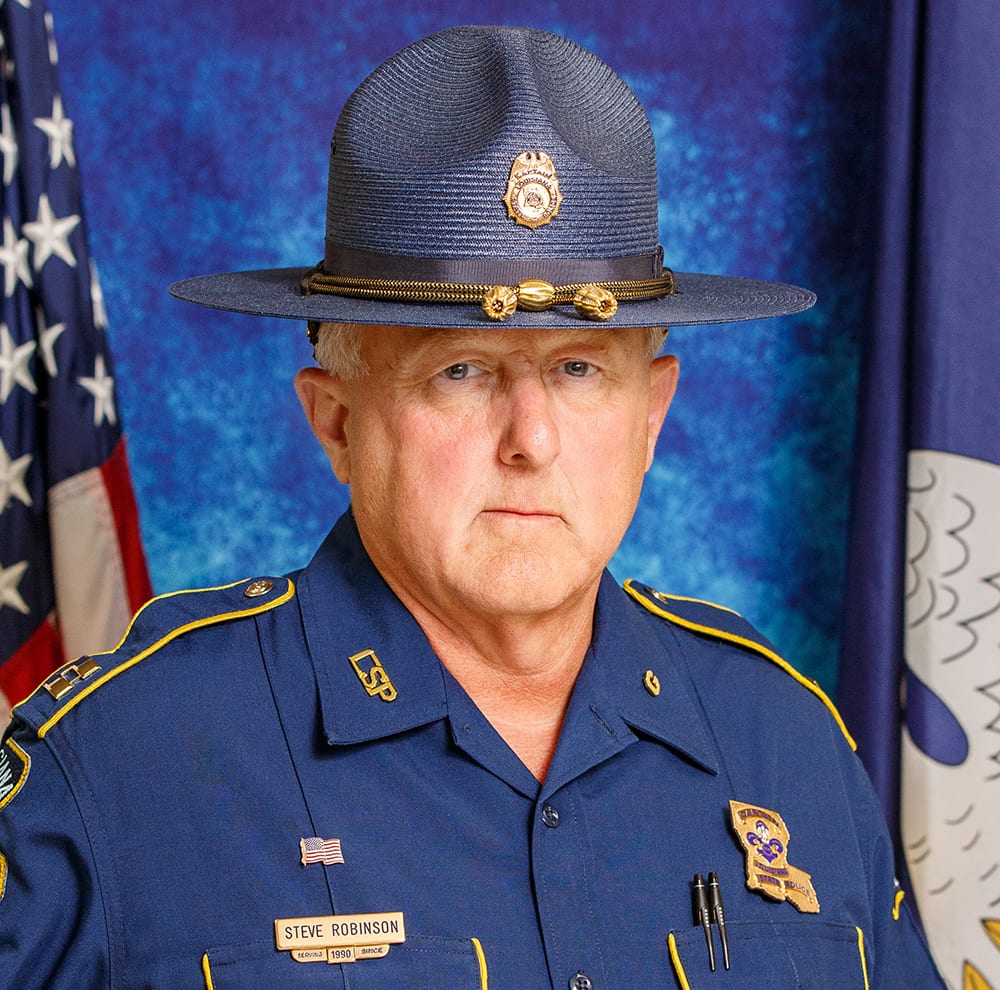 Louisiana State Police has announced the death of Retired Captain Steve Robinson on June 30, 2019.  He was 56-years-old.

Robinson began his law enforcement career in January 1985 with the Bossier Parish Sheriff’s Office (BPSO).  After five years with BPSO, he pursued a career with the Louisiana State Police.

On January 20, 1990, Robinson began serving the citizens of Louisiana as a Louisiana State Trooper. He worked in patrol, criminal intelligence, and gaming during his tenure as a Trooper.  In November 2000, he was promoted to sergeant in patrol where he served five years as a road supervisor.  He was promoted to lieutenant in May 2005 where he served as a shift supervisor for nearly six years.  In February 2011, he was named Troop G Executive Officer.

On May 6, 2016, Robinson was promoted to Troop G Commander.  Robinson was dedicated to serving the citizens of Northwest Louisiana. He retired from State Police on September 4, 2018, due to medical issues.  Before he retired, Robinson wished for each Trooper to embrace the special opportunity given to them.  He left them knowing he had no regrets by stating, “28 1/2 years for me and I just can’t think of doing it any other way if I had a do-over.”

Funeral arrangements are pending and will be under the direction of Rose-Neath Funeral Home in Bossier City, Louisiana.