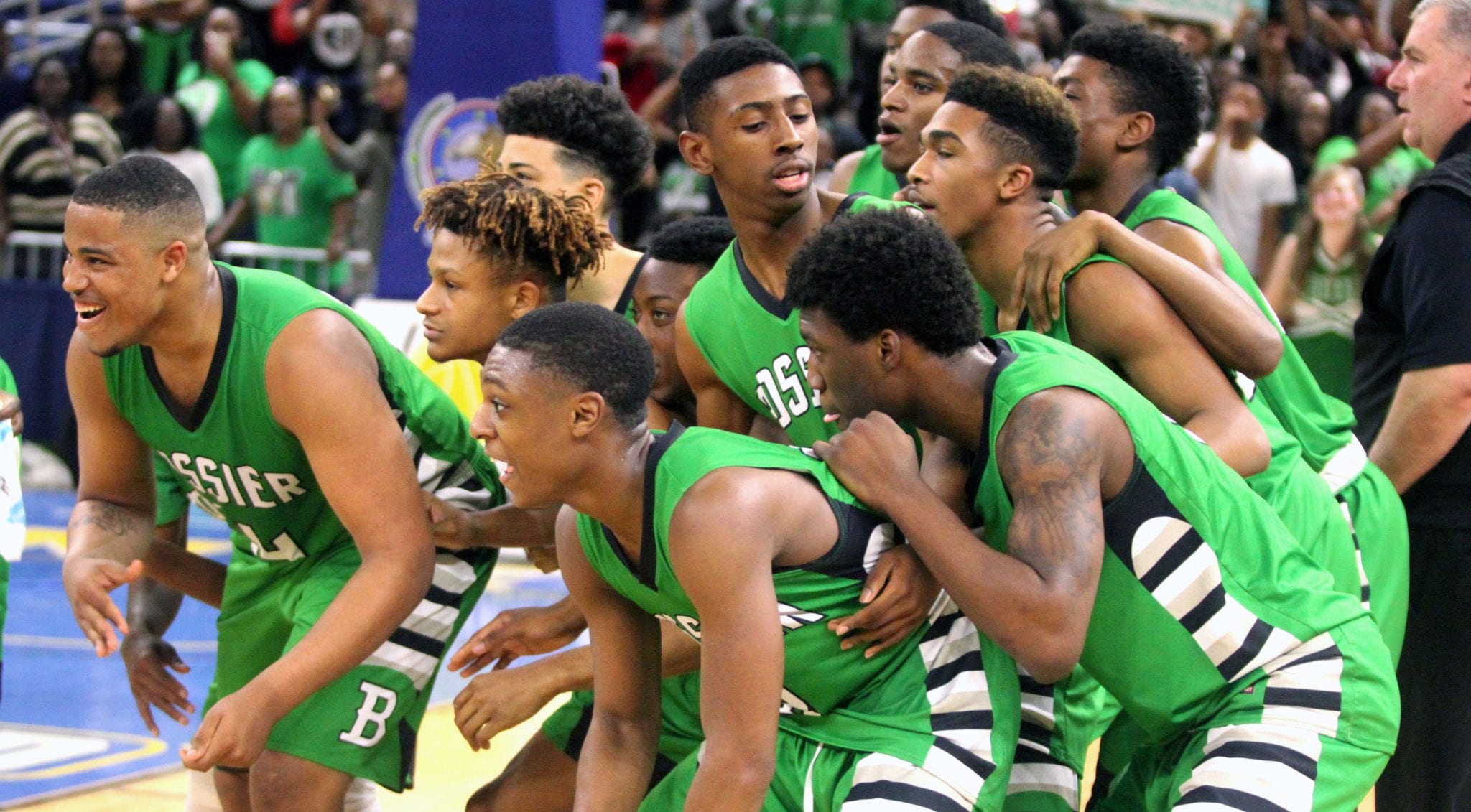 It was another memorable year in sports in Bossier Parish.
There was much to celebrate in 2016 from the Bossier Bearkats winning the Class 4A boys basketball state championship to former Haughton star Dak Prescott’s remarkable rookie run as quarterback of the Dallas Cowboys.
Here is a look at some of the top stories in 2016.

After finishing the regular season 23-9 and winning the District 1-4A championship, the Bearkats went into the playoffs as the No. 4 seed.
Bossier cruised through the first two rounds, defeating Neville 64-45 and Benjamin Franklin 58-29. In the quarterfinals, the Bearkats hosted No. 5 A.J. Ellender. Before a packed house, Bossier won 63-61 on a layup at the buzzer by Chris Davenport.
In the semifinals at the Top 28 in Lake Charles, Bossier knocked off No. 1 St. Thomas More 49-48. The championship game was also tight, but Bossier edged No. 2 Washington-Marion 42-39.
It was the second state title for head coach Jeremiah Williams and the third in school history. Senior guard Larry Robinson III was named the MVP on The Press-Tribune’s All-Parish team.
Parkway won a share of the District 1-5A championship, the school’s first boys title since the 1999-2000 season. Benton won the District 1-4A girls championship.

After starting all 11 games in 2015, expectations were high for LSU quarterback Brandon Harris entering his junior year.
LSU entered the season ranked No. 5, but the Tigers lost to Wisconsin 16-14 in the season opener at Lambeau Field. Harris threw a late interception as the Tigers were trying to get into field goal range.
In the second game, then-LSU head coach Les Miles replaced Harris with Danny Etling after just two series. The Tigers went on to win 34-13.
Etling started every game after that as LSU went 7-4. Miles was fired a day after the Tigers lost to Auburn 18-13 and Ed Orgeron was named interim head coach. Orgeron had the interim tag removed in late November.
On Dec. 19, Harris announced on Twitter that he will be returning to LSU in 2017 for his senior season.

Dak Prescott, who led the Haughton Bucs to a 12-1 record in 2010, was drafted in the fourth round out of Mississippi State by the Dallas Cowboys in February.
He had several impressive performances in the preseason. When veteran Tony Romo broke a bone in his back in a Thursday night preseason game against Seattle, Prescott was thrust into the role of starter.
The Cowboys lost their season opener 20-19 to the New York Giants and then reeled off 11 straight victories, a first for the organization. Prescott was praised by his teammates and the national media.
The streak was broken by the Giants, who defeated the Cowboys 10-7 on Dec. 11 in New York.
On Dec. 20, Prescott was named to the NFC Pro Bowl roster.

After winning the District 1-II championship, the Parkway Lady Panthers advanced to the Division II semifinals before falling to three-time defending state champion Ben Franklin 3-0.
The Lady Panthers finished 26-6-1. Senior Sara Funderburk, who signed with LSU, was named the MVP on the All-Parish team.

The Bossier All-Stars won the Dixie Boys (14s) World Series in Pineville. Bossier defeated Florida state champ Spring Hill 7-6 in the championship game.
Playing most of the double-elimination tournament with just nine players, the team was labeled the “Iron Men of Bossier” by Bossier Parks and Recreation director Clay Bohanan.
It was the third Dixie Boys title for the Bossier organization but the first since 1993.

The Airline Vikings and Benton Tigers continued their domination of their respective districts.
The Vikings won the District 1-5A title for the third straight year. Airline advanced to the quarterfinals, losing a best-of-3 series to district rival Byrd two games to one. The Vikings finished 30-6.
Benton won the District 1-4A championship for the fourth straight year. The Tigers also reached the Class 4A quarterfinals for the fourth year in a row, losing to No. 3 West Ouachita two games to none.

Haughton senior Antonio Woodfork was named the Outstanding Performer in the Class 5A boys track and field meet at LSU. Plain Dealing sophomore Teunna Perry earned the same honor in the Class 1A girls meet.
Woodfork won the 110-meter hurdles and high jump and finished second in the 300 hurdles.
Perry was a triple winner, taking the triple jump, long jump and high jump.

Airline won the first district volleyball championship in school and Bossier Parish history. The Lady Vikings went 13-1 in district play, defeating defending champion Ruston in five sets for the title in the second-to-last game of the regular season.
Volleyball is a relatively new sport in northwest Louisiana. The 2016 season was just Airline’s third.
The only other school in Bossier Parish that competes on a varsity level is Haughton.
It remains to be seen, but Airline’s championship could be a catalyst for the sport’s expansion to other schools.

Parkway finished runner-up in the Class 5A boys division and third in the Class 5A girls in the state cross country meet in Natchitoches in November.
It was the highest finish for the boys team since Parkway moved up to Class 5A in 2011.
Parkway won the Class 4A state titles in 2004 and 2010.