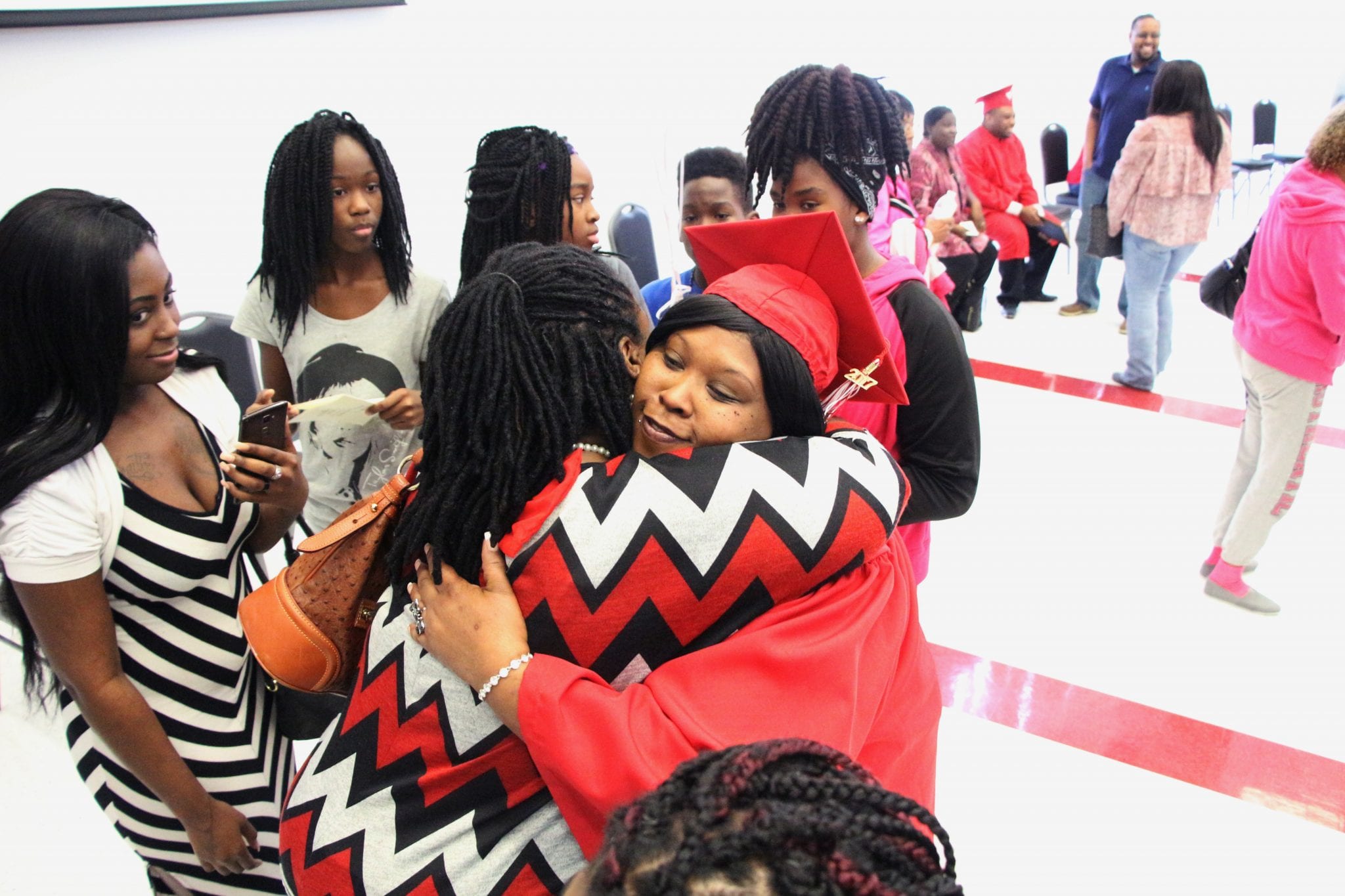 When former Bossier Parish students walked across stage Sunday at the Bossier Instructional Center, they were the first in the state to receive their high school diploma under Act 303.

State legislation passed in 2016 has enabled former students throughout Louisiana who were identified with disabilities to petition their local school districts for, and retroactively receive, their high school diploma if they meet certain criteria. Bossier Schools served as the pilot district to implement Louisiana Act 303 and honored graduates dating back to the Class of 1998.

For these former students and their families, it’s a dream come true. The doors are now open to higher education and job opportunities not previously afforded to them.

Zakiyah Kwame was two credits away from graduating with the Airline Class of 2014. However, she had to drop out of school to take care of some family matters.

It was a hard thing to do, but she never lost hope. She proudly wore her navy blue cap and gown Sunday.

“I’m so excited because I’m finally getting to graduate,” she said as tears swelled in her eyes.

Each graduate wore a cap and gown in each of their school colors during the commencement ceremony. This particular day was almost two decades in the making for Willie Johnson, Jr.

Johnson was part of the Airline Class of 1998. He finished all of his classes, but couldn’t pass the exit exam, despite multiple attempts. Not having a diploma had quite an impact on the jobs that were available to him.

In August 2016, Johnson became the first person in Bossier Parish – and the state – to submit a petition for his diploma.

With diploma in hand, there’s no stopping Kwame, now. She has already enrolled at Bossier Parish Community College and has set goals for her future.

Her advice to others who may be faced with hardships is to never, ever give up.

“No matter what goes on in your life, there’s a way to overcome it,” she said. “Anything is possible if you believe.”