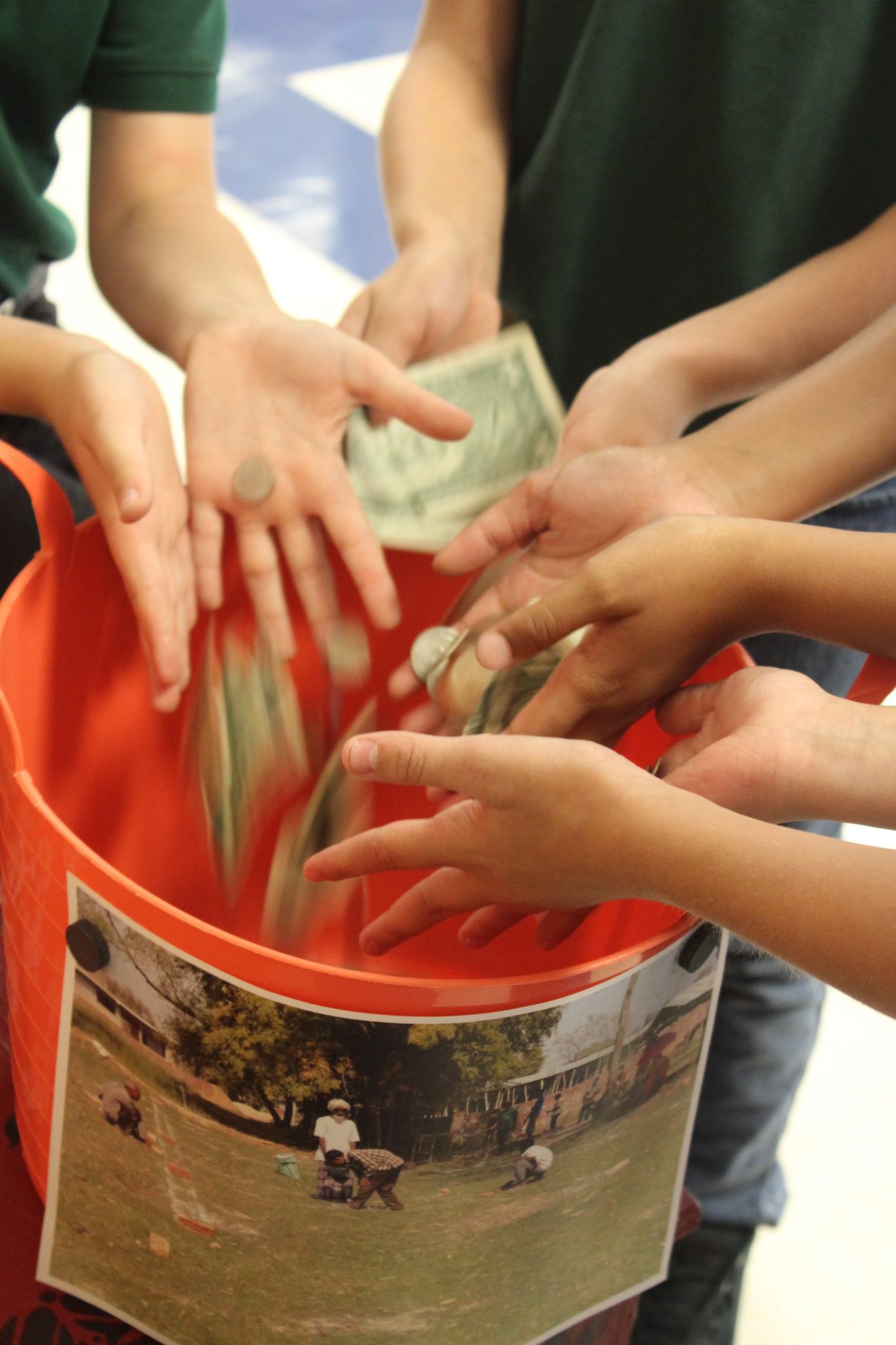 Waller Elementary School students have opened their hearts and emptied their pockets to raise money for an international cause.

The entire school is on a mission to raise as much money as they can for the country of Nepal. Assistant Principal Stacy Pollard introduced the idea of helping the country after her son signed up be one of 11 going on a trip to Nepal later this year.

“This dropped into my lap at the right time,” she said. “God always know where to put you.”

After watching a video and seeing firsthand what the world is like in the country located in the Himalayas and bordered by the People’s Republic of China and Republic of India to the south, fifth graders Jeremiah Higgins, Kaylin Honey, Tanara McCain and Logan Smith were eager to start bringing in coins and dollar bills to help the children of Nepal.

“They don’t have the things we have,” Tanara McCain said. “We have to help them have a better life so they can live like we do.”

The children have since vowed, with help from their school, to raise money to help build shelters, purchase every day necessities and fund a school for the blind in Nepal.

Jeremiah Higgins said he was surprised to learn that some of the children have to wear the same clothes every day. Kaylin Honey said she’s not only checking under couch cushions, but she wants to sell lemonade to bring in more money to their project.

“I want to raise money to help buy them medicine because a lot of kids there are sick,” Honey said.

Logan Smith said he’ll do what he needs to in order to help the cause.

“Some kids don’t even get to go to school like me because they have to stay home and help their parents,” Smith said. “I just feel sorry for them.”

The Waller Wildcats were there to lend a helping hand through a new parish-wide initiative implemented this school year by the Bossier school district. “Helping Hearts One Week At A Time” emphasizes community service that not only shows appreciation, but as the first step to making a bigger difference.

School officials say they are aligning the project with the quote, “it’s good to be blessed, but it’s better to be a blessing.”

“There is no question Bossier Schools is blessed in many ways,” Sonja Bailes, public relations liaison for Bossier Schools, said. “We are a growing public school district with strong community support.”

Pollard said their Helping Hearts project has brought out many emotions in the school and from everyone involved – teachers, students and faculty.

“This has been the most amazing thing,” Pollard said. “This has really touched our hearts and we see a lot more emotion coming out every day.”

Pollard said the best part of the week has been opening student’s eyes to the truth.

“Our kids are much more appreciative for the things they have,” Pollard said. “They have put themselves into other shoes and have accepted this role as a way to make a difference in the world.”

Waller Elementary extended their coin drive an additional week after students expressed their desire to keep the project going. Pollard’s son will accept the donation on Sept. 13 on behalf of his mission team, who will travel to Nepal later this fall.

Pollard hopes to share photos and videos with the school once her son returns so they can see their fundraising efforts in action.

While the Wildcats are making an impact on the world, Bailes said the school system is open to helping a local family in need, a non-profit organization and an organization at school or school site that feels strongly about a cause abroad.

“…they are simply asked to go where their hearts lead them,” Bailes said.

For more information on the “Helping Hearts One Week At A Time” initiative, visit www.bossierschools.org