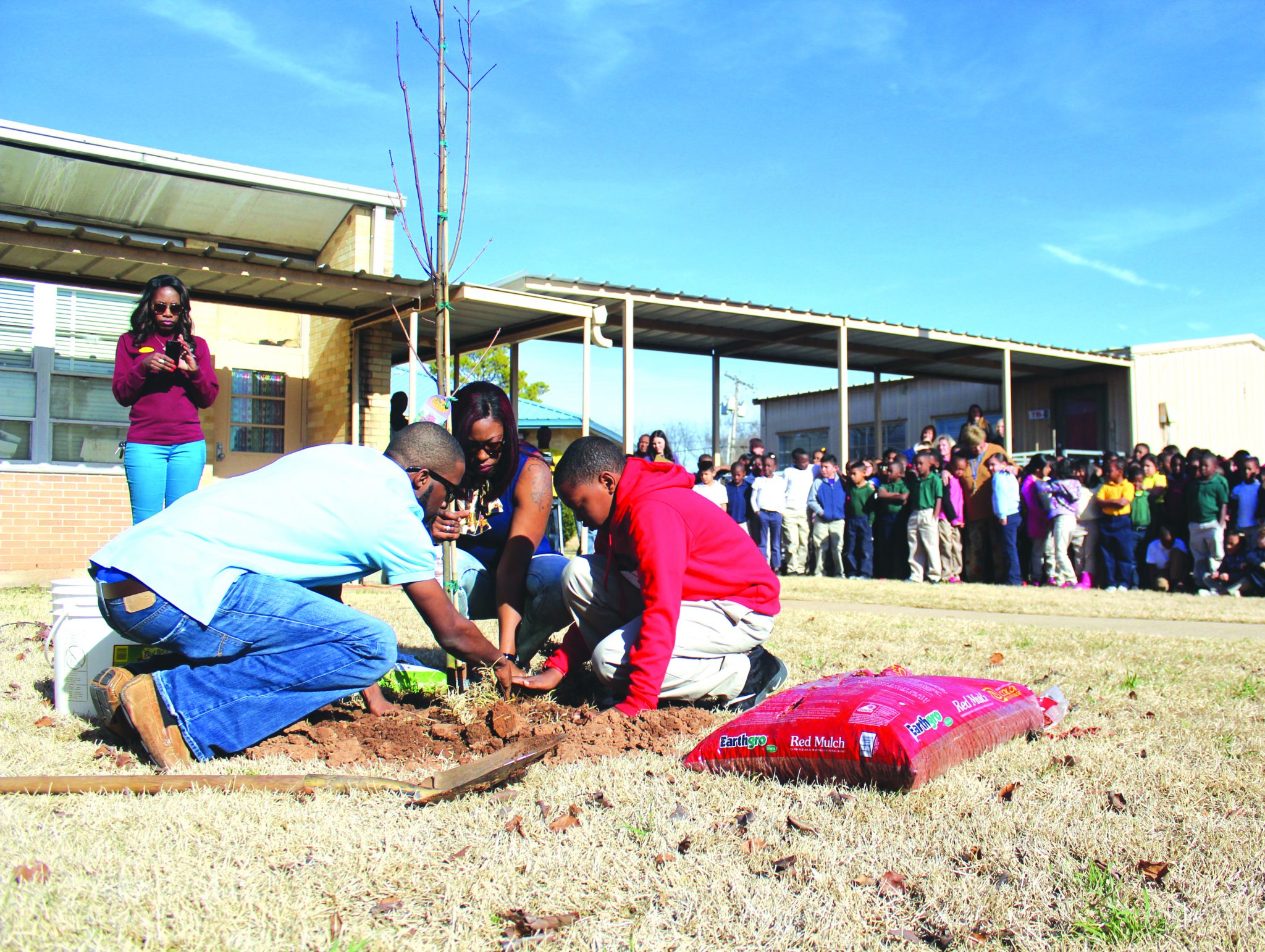 Students at Central Park Elementary School are learning the grim reality that life goes on after death.

The sudden loss of third grader Kaitlyn Mills on Jan. 8 has left the school heartbroken and clinging to memories of the girl who lived life to the fullest. Lydia Cranford, Mills’ reading and English teacher, said her class is slowly moving forward, but taking it on a day-to-day basis.

“They’re ok. They get a little sad when routine things happen, but we tell them that it’s ok to talk about it and that it’s ok to cry,” Cranford said. “We rely a lot on each other to get through it and the children are comforting each other when we have a bad day.”

Kaitlyn, who died from complications of the H1N1 flu virus, left a lasting impression on her Central Park family. Her classmates, teachers and family members gathered one last time on Wednesday to plant a tree on the playground in her memory.

There were many tears shed, but many more hugs given.

“The kids needed closure. It’s time to move on and it’s ok for us to do that because she’s still here with us,” Principal Suzette Hadden said. “We thought a red maple tree would be the most beautiful way to give her lasting immortality.”

Kaitlyn’s death is the first reported pediatric death in the state from the H1N1 virus this year. The Louisiana Department of Health and Hospitals reports there have been more than 20 deaths related to H1N1.

The Center for Disease Control (CDC) reports that 14 states have experienced high Influenza-like Illness (ILI) activity this month, including Louisiana, Texas, Arkansas and Mississippi. They also estimate that there may have been up to 300,000 cases of the flu, with up to 500 hospitalizations and up to 200 deaths, since the start of the 2013-2014 flu season.

The risk of severe disease and complications from influenza is higher among children younger than 5 years of age, adults aged 65 years and older, pregnant women, and those with underlying medical conditions. The CDC recommends annual influenza vaccination for everyone 6 months and older and that anyone who has not been vaccinated this season should get one now.

That message is one Kaitlyn’s family is urging the public to follow.

Despite their heartache, Jimarse and Kristian Brown know their daughter is in a better place, recalling that her last minutes on Earth were filled with lots of love and prayers. Her school family knows it too.

“She’s definitely still here,” Cranford said. “They talk about her all the time. We will never forget her.”