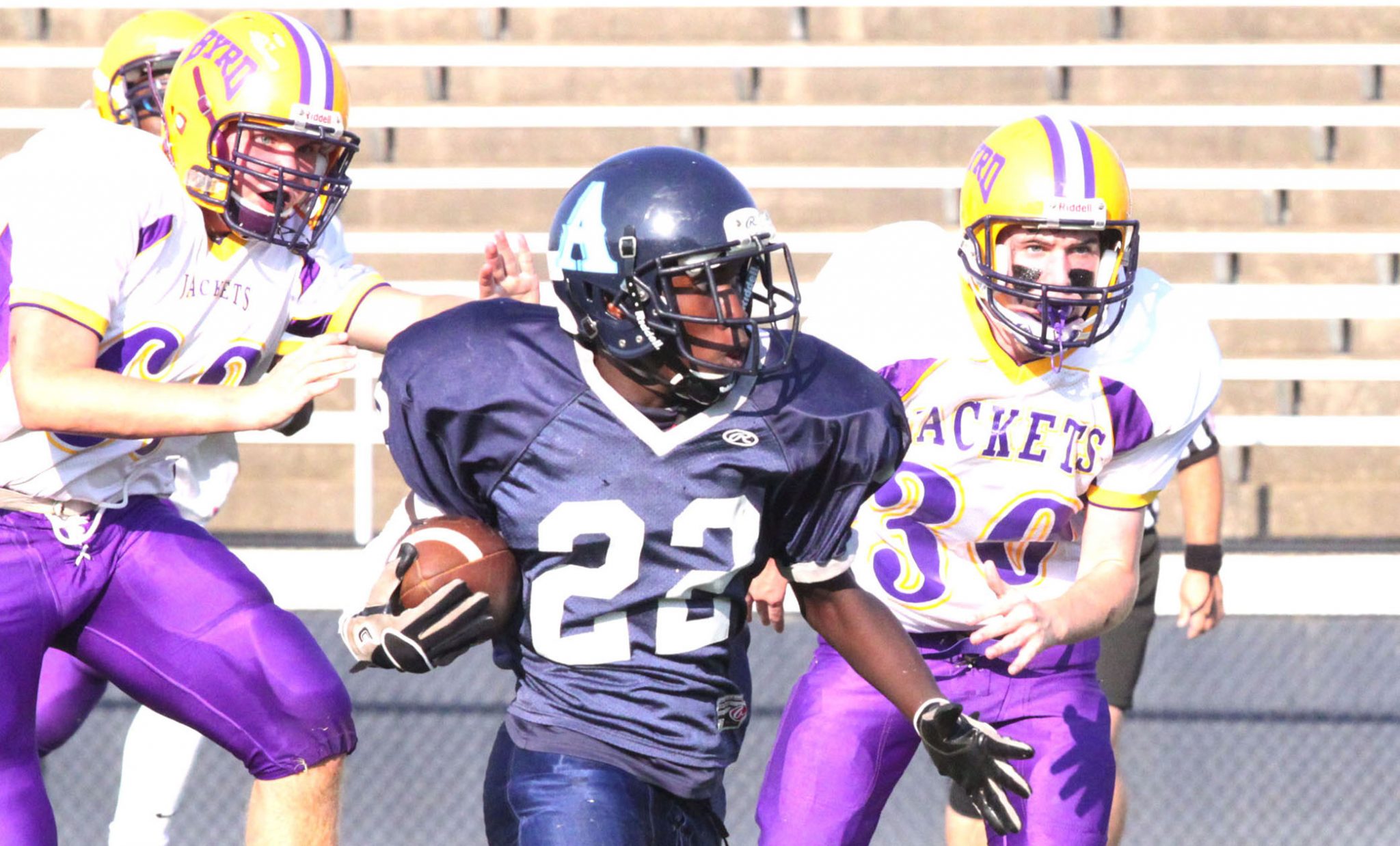 D’Kameron White scored two touchdowns, one on a 90-yard swing pass from Hildebrand and another on a 30-yard run.

Mulrenin’s reception was about 60 yards, and Calhoun’s was about 50.

Hildebrand, the brother of former Airline quarterback Hayden Hildebrand, has thrown seven TD passes in two games for the 2-0 Vikings.

At Benton, Haughton rallied from a 6-0 halftime deficit to improve to 2-0.

Kade Madden set up a touchdown by recovering a fumbled kickoff. Garrett Paintin got the score on a 27-yard run.

Haughton coach Will Marston said running back Josh Lister made some big plays.

At Huntington, Bossier quarterback Keimun Daniels ran 20 yards for a touchdown on a bootleg and Curtis Brown added the two-point conversion to give Bossier (1-1) its first victory of the season.

At Parkway, Panthers quarterback Jake Fayard hit Kade Wallace for the game’s lone touchdown with a minute left in the game. Tony Beckwith led the defense.

At Benton, Haughton scored all three of its touchdowns in the second half.

Matthew Davis opened the scoring with a 31-yard run with 5:27 left in the third quarter. Darius Brooks hit Hunter Hunsucker for the two-point conversion.

Benton threatened to get on the board in the fourth but the Tigers fumbled and Chance Brown returned it 98 yards to the 1.

The Tigers pushed the Bucs back to the 5 before Brooks hit Hunsucker for the TD. Davis scored the conversion for a 16-0 lead.

Nathan Hollandsworth forced a fumble on a sack and Jesus Santos recovered. Jeremy Colvin scored the final TD with 9.8 seconds left on a 6-yard run.

At Airline, the Yellow Jackets hit the Vikings with several long touchdown runs.

Airline made a couple of drives deep into Byrd territory in the second half but turned the ball over both times on tipped interceptions.

Shuncee Thomas had several nice runs for the Vikings.

At Parkway, Keondre Wudtee passed for three touchdowns and ran for another to lead the Panthers to their second straight victory.

Wudtee, a sophomore, has accounted for eight touchdowns in two games.