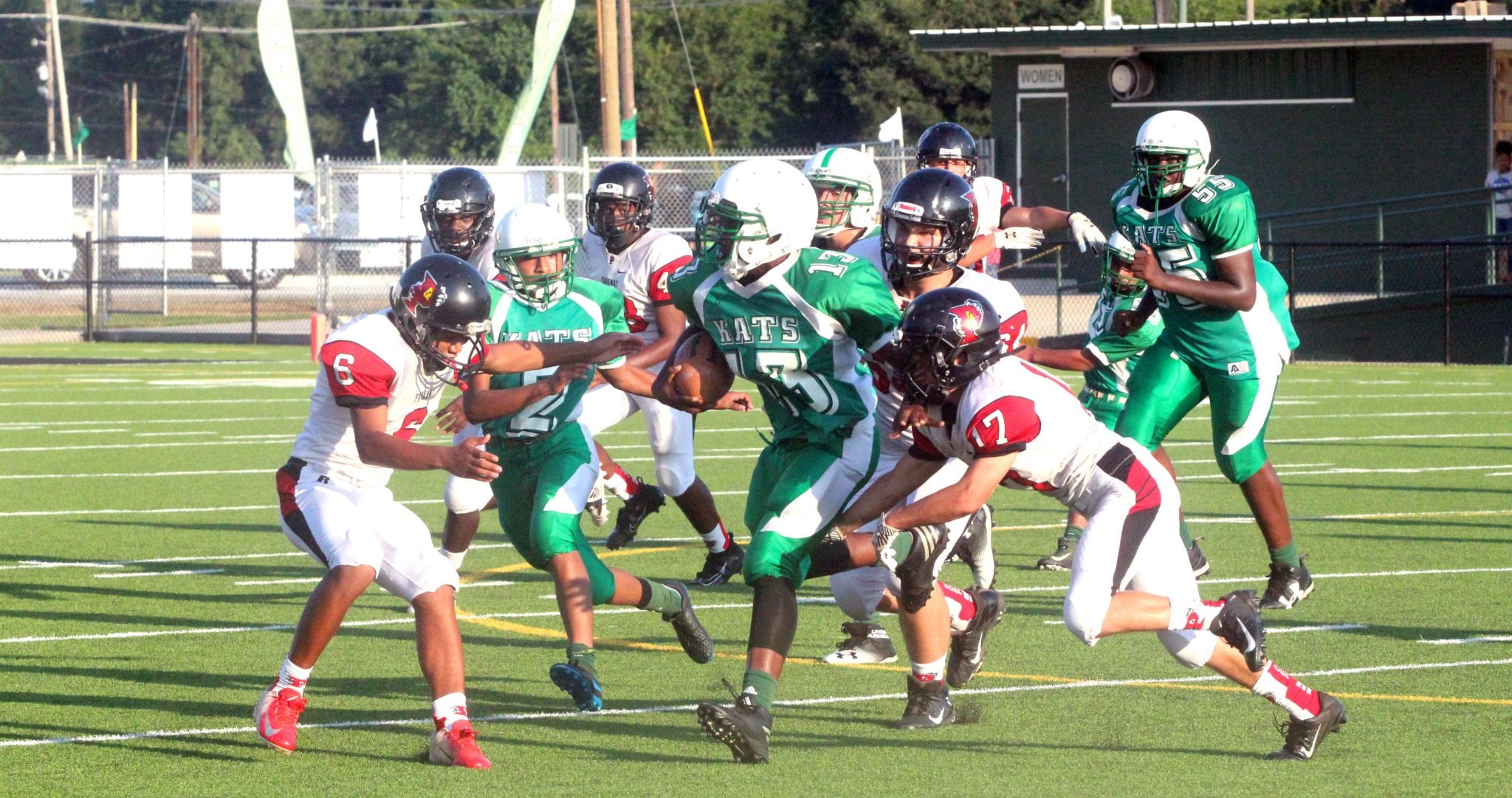 The Parkway Panthers and Haughton Bucs picked up victories in the Freshman Jamboree on Thursday at Bossier’s Memorial Stadium.

The Panthers defeated Bossier in the opener 6-0, and the Bucs downed Benton 20-8 in the nightcap.

Airline and North DeSoto played to an 8-8 tie in the middle contest. Each “game” consisted of two 8-minute periods.

In the opener, Parkway broke a scoreless tie with a TD in the second period.

Elijah Harper hit Jaylan White with a short pass, and White did the rest. He broke a tackle near the line of scrimmage and sprinted down the sideline for a touchdown.

Airline fell behind North DeSoto 8-0 in the first period. The Griffins got a safety after a punt snap went over the Airline kicker’s head and into the end zone.

North DeSoto also scored on a short run, but Airline stopped the two-point conversion run with a good defensive effort.

The Vikings got within two in the second period. With the ball near midfield, Jace Trickey took a handoff, swept around the left side and sprinted to the end zone.

Christian Williams hit Daxton Chavez for the two-point conversion to tie it.

The Bucs got within two on a 41-yard pass from Collin Rains to Latrell Cooper.

Rains completed touchdown passes of 19 and 52 yards to Adrian McClindon in the second period. He also passed to Tyler Rhodes for the conversion after McClindon’s first TD.

Ryan Iman sealed the victory with an interception.

The regular season starts Tuesday. Haughton is at Captain Shreve, Parkway visits Minden and Benton is at Northwood. The freshman games will precede junior varsity games.