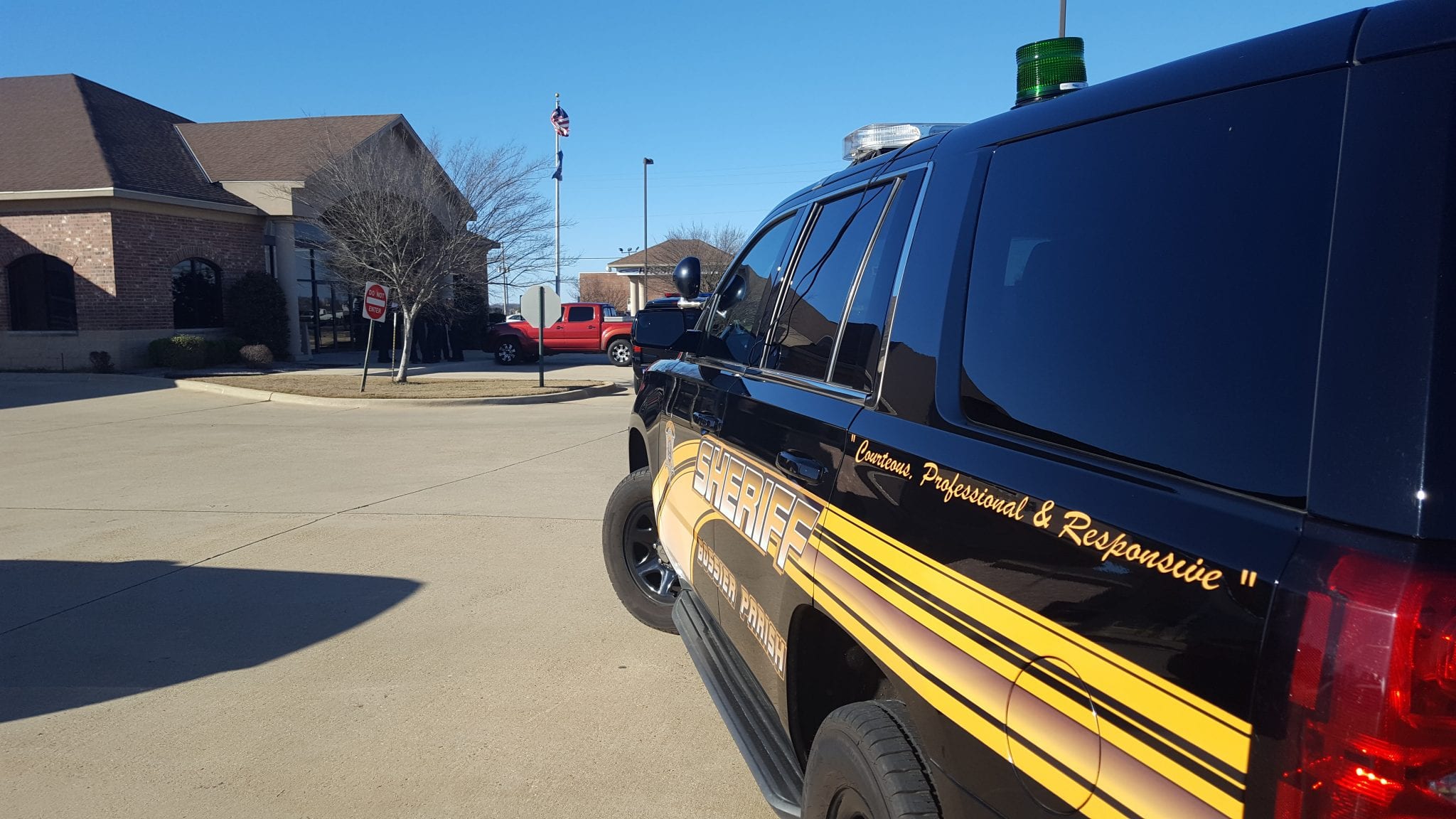 Detectives with the Bossier Sheriff’s Office arrested a bank robber just hours after he committed an armed robbery of the Bossier Federal Credit Union on Airline Drive and Wemple Road early Wednesday afternoon.

Frenell Robinson, 34, of the 3400 block of Sunset Drive in Shreveport, was arrested around 9 p.m. Wednesday after admitting to robbing the bank; he is being charged with Armed Robbery and booked into the Bossier Maximum Security Facility.

Assisting in bringing him into custody were the U.S. Marshals Fugitive Task Force and FBI Violent Crimes Task Force.

The incident began earlier yesterday, when, at 1:55 p.m. today, a man walked into the Bossier Federal Credit Union on Airline and Wemple, brandished a handgun, demanded money from a clerk and departed on foot with an undisclosed amount of money.  Bossier Sheriff’s Office patrol deputies and detectives immediately began their investigation and conducted a thorough search of the area.  They soon determined the man left the area in a nearby staged vehicle.

Bossier detectives and S.W.A.T. team members quickly began search in Bossier City and Shreveport, and with the assistance of the task forces, Robinson was taken into custody without incident a few hours later and was taken to the Bossier detectives’ office for questioning where he admitted to the armed robbery.

“This guy had a lot of nerve to come into a bank in Bossier Parish in the middle of the day, rob a clerk at gunpoint and then think he’s going to just get away with it,” said Bossier Sheriff Julian Whittington.  “No, sir, I can tell you that your day is not going to end well.  Our Bossier Sheriff’s Office team and our partners with the Marshals and FBI Task Forces did an amazing job in identifying Robinson as the bank robber, locating him and taking him into custody.  To have a thief rob a bank and within four hours, a suspect is in custody.  Once again, that’s a good day for law enforcement and the residents of Bossier Parish.”