SUSPECT ARRESTED FOR THREATENING A SCHOOL ON SOCIAL MEDIA

On March 15, 2018 the Bossier City Police Department Detectives received information about a threat that was made to a school in Bossier City. The suspect, 17 year old, Jaumore Lockhart, made a post on social media that stated he was going to “shoot up the school”. Lockhart did not specifically mention any particular school, but Lockhart is a student at Bossier Parish Community College.

At this time, investigators believe that no school was in immediate threat of a shooting, but that this was a malicious post on social media. BPCC has its own Campus Police. Off-duty BCPD officers are also hired to patrol and provide security for the college. BCPD and BPCC Campus Police are in constant contact in regards to any BPCC related incidents. 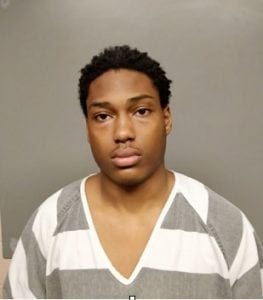