The suspect wanted in conjunction with Saturday’s shooting that critically injured a teenager was arrested Tuesday night.

Kiemond Phillips,16, of Bossier City, was located and placed under arrest at approximately 8 p.m. Tuesday in Shreveport near the intersection of Kings Highway and Highland Avenue. 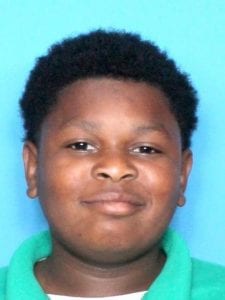 He was booked into the Ware Youth Detention Center in Coushatta.

Phillips was arrested on a warrant charging him with attempted second degree murder for shooting a 14-year-old male on Saturday afternoon in the 1200 block of Schex Drive.

The victim sustained a gunshot wound to the chest as he sat in a car that was parked in the driveway of his residence. He remains at University Health in Shreveport and his condition has been upgraded to fair.