A suspect has been arrested and charged in connection with the murders of two women in Bossier City last weekend.

Brandan Santrell Butler, 26, of Bossier City was taken into custody shortly after 2 a.m. today by authorities in Bogalusa, Louisiana and arrested on a warrant from Bossier City Police charging him with two counts of first degree murder.

Detectives with the Bossier City Police Department’s Violent Crimes Unit secured the warrant overnight for Butler’s arrest after evidence they obtained in the course of their investigation linked Butler to the murders. Upon learning that Butler was in Bogalusa, detectives made contact with the Washington Parish Sheriff’s Office and deputies were able to locate him. He was taken into custody without incident. 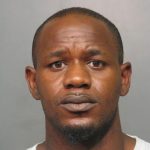 Butler is charged with murdering 24-year old Jacqueline Darlene Beadle and 26-year old Karyl Ann Cox at their home in the 3000 block of Bragg Street.  Police were called to the residence at approximately 8:15 a.m. on Sunday, May 11 after Jacqueline Beadle’s mother went to the home and found the two victims inside. Jacqueline’s mother had gone to there to check on her after not hearing from her since the Friday before when Jacqueline took her child to her mother’s home for babysitting.

Butler, who was friends with the women, allegedly shot them both inside the house and then drove away from the scene in Karyl Ann Cox’s car which police later found parked in the 4800 block of Sheryl Street.

Butler remains jailed in Bogalusa. Efforts will be made in the coming days to extradite him to Bossier City. Butler’s total bond is set at $2 million ($1 million for each count).