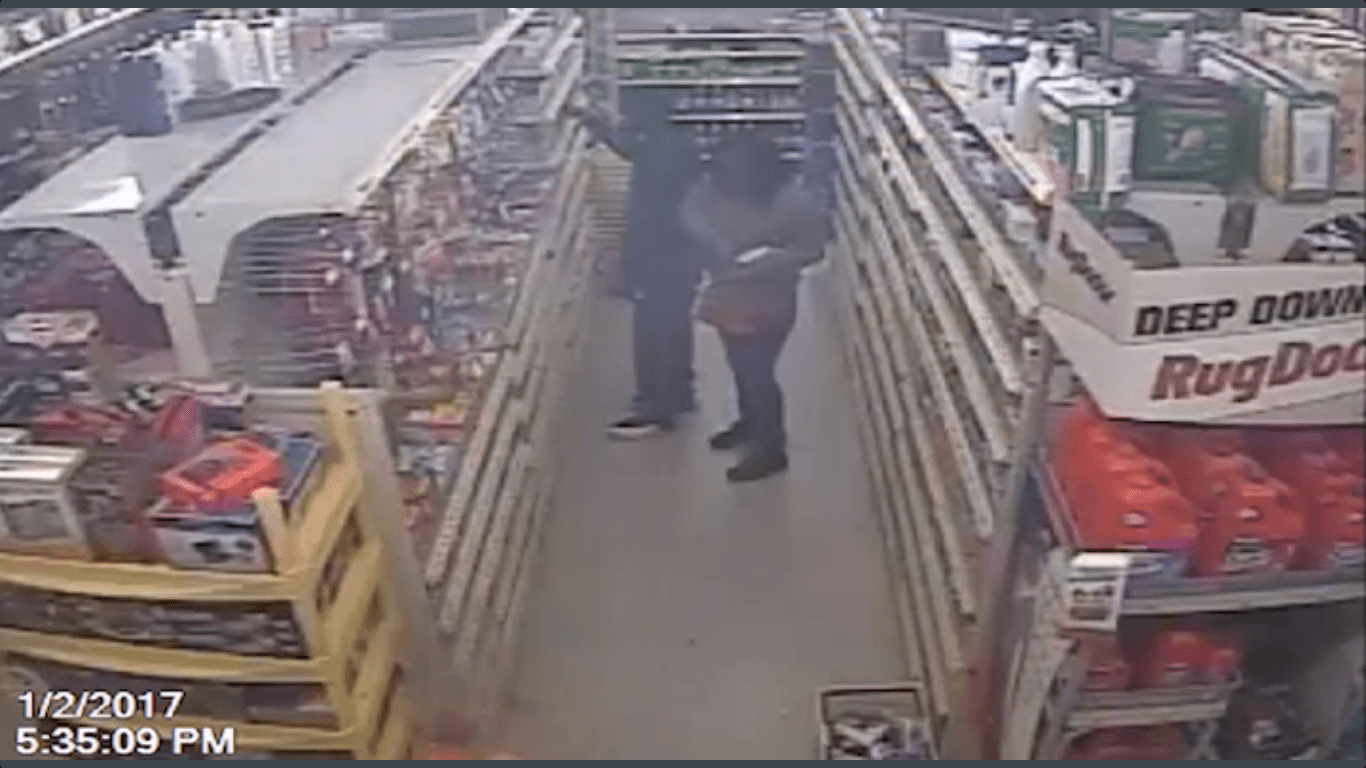 Detectives with the Bossier Sheriff’s Office are looking for two women and one man who they say stole from a local store the day after New Year’s Day during a busy time for the store.

The three thieves are seen on surveillance video at the Dollar General Store in the 5400 Block of Airline in the early evening of Jan. 2.  Video from the entrance of the store show the male and younger female first enter the store as the female talks with someone outside. She then goes back out and enters with the third suspect, an older female.

The next camera angle shows the two females on what the store manager says is the medicine aisle of the store. While they are searching the shelves the younger female is seen stuffing her purse with items taken off one of shelf. At the same time detectives say the older female is stuffing some of the items off the shelves in her clothes when she bends over.

Video later shows the male meeting up with the younger female on the aisle and taking something off a shelf and putting in his jacket pocket.

Detectives say the thieves stole 32 items from the store worth $280. The items ranged from cough syrup, sleep aids, and several varieties of  the “Mucinex” brand cold and cough medicine.

Detectives also noted that the trio entered and exited the store without stopping by any of the registers.

Anyone with information about the identity of these suspects on the video are asked to contact Bossier Crime Stoppers with your anonymous tip at (318) 424-4100.

DollarGeneral2Jan17 from Amanda Simmons on Vimeo.