The Bossier Financial Crimes Task Force arrested a man this week after he deposited more than $200,000 belonging to his employer into his own personal accounts at a local bank.

Demar Crozier Watson, 47, of Shreveport was arrested on a charge of felony theft Wednesday following a two-day investigation. Watson is accused of making out a business check from his employer to himself in the amount of more than $200,000 and then using the check to open up multiple accounts in his name at a Bossier City bank.

Watson worked as an office manager at a home health business in Shreveport and was supposed to use the check, which had an authorized signature on it, to conduct company business. 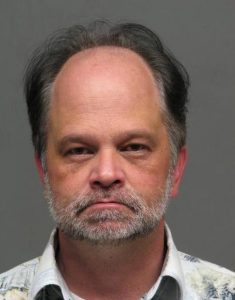 The Bossier Financial Crimes Task Force is composed of white collar crime investigators with the Bossier City Police Department and Bossier Parish Sheriff’s Office. Bossier City Chief of Police Shane McWilliams and Bossier Parish Sheriff Julian Whittington formed the task force by combining resources from both agencies to combat crimes such as identity theft, fraud and embezzlement with the city and parish.