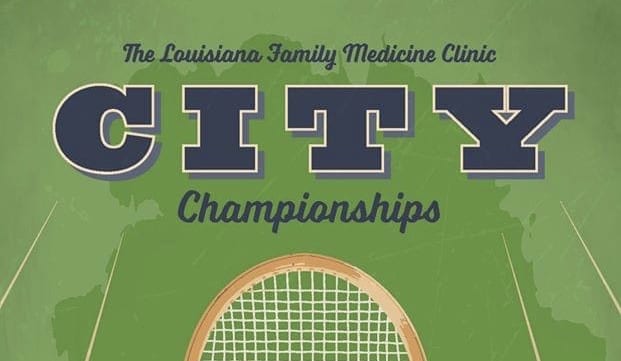 Two Bossier Parish residents will face off in the women’s open singles finals in The Louisiana Family Medicine Clinic City Championships on Sunday at the Bossier Tennis Center.

Defending champion and No. 1 seed Claire Hammond of Benton faces No. 2 AK Harvey at 2 p.m.

Washington won the first set 6-1 and Hammond rallied to take the second 7-5. Instead of a third set, the tournament uses a 10-point tiebreaker to decide split-set matches. Hammond won it to advance.

Hammond was a multi-sport standout athlete at Parkway from 2003-06. She won the Division II state singles title and the Class 4A cross country championship in the 2005-06 school year,

Hammond then went on to have a stellar career at ULM.

Washington, a rising senior, was the Division I state singles runner-up in 2018. She teamed with her sister Jasmin to win the Division I doubles title in 2019. Her junior season was almost completely wiped out after schools were closed in mid-March because of the COVID-19 pandemic.

In the other semifinal, Harvey defeated Bianca Schulz of Shreveport 6-2, 7-5.

She is a member of the ULL tennis team. Her sophomore season was cut short by the pandemic.

The 1 o’clock men’s open singles finals pits No. 1 seed Cotter Wilson of Shreveport against No. 2 Anthony McMaster of Shreveport.

Neither Wilson, the 2019 runner-up and an Ole Miss player, or McMaster, the 2018 champion, has had trouble advancing.

Saturday’s semifinal marked the first time Wilson has lost a game in the tournament. McMaster has dropped only seven games with four of those coming in the second set of a quarterfinal victory over Bossier Tennis Center pro Todd Killen.

Wilson will be aiming for two titles. In the men’s doubles finals at 3, he and Killen, the No. 1 seed, take on No. 2 Kirk Fisher and Steven Schwab and Kirk Fisher, both of Monroe.

Championships will also be decided in a variety of other family and skill-level doubles divisions.

Spectators are welcome free of charge. There will be no available seating at the center so spectators should bring their own chairs. Wearing face masks is also encouraged.