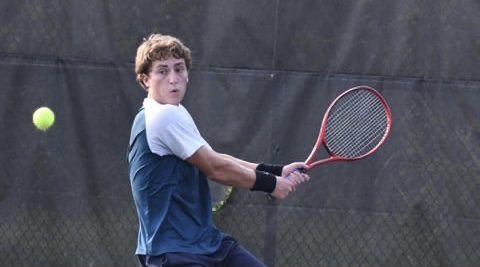 It’s the fourth straight year the event has been played at the North Bossier venue.

While the tournament started Monday, most of the matches will be played late in the week starting Thursday and concluding with finals in several divisions Sunday.

Once a staple of the local sports calendar, the tournament was revived in 2018 after a 10-year dormant stretch.

It started with just men’s open singles. This year’s event has 23 divisions. Among those are men’s and women’s doubles based on playing ability and traditional favorite parent/child doubles divisions.

Prize money will be awarded to the first-, second- and third-place finishers in men’s and women’s open singles and doubles. The amount depends on the size of the division’s draw.

The men’s open singles traditionally has the biggest draw and 37 players have entered this year.

Overall, about 270 players are entered. Although it’s known as The City, anyone who lives in North or Central Louisiana (Alexandria and any city north) are eligible to play. Also, anyone that has lived in the Northwest Louisiana area for five consecutive years at any point in his or her life is eligible.

Last year’s tournament was named Best Adult Tournament of 2020 by the USTA Southern Section, which is comprised of nine states.

“Last year was incredible,” said Jeffrey Goodman, one of four people involved in running the event. “In the middle of the COVID-19 pandemic, we decided we could run the tournament safely and that we needed to do it. And more than 200 players came out to play.”

This year’s event will have something new.

“Every year we try to take a step back and see what’s working and what can be better and make several changes,” Goodman said. “One of the additions we are most excited about for this year’s City is the creation of The City Hall of Fame and the induction of our first member, Marilyn Rogers Garner.”

The ceremony honoring Garner, who along with her sister Carolyn was a mainstay in the women’s open divisions from the early fifties into the seventies, will take place at noon Sunday before the men’s open singles final.

There is no admission charge for spectators. Weekday matches will generally begin at 5:30 p.m. and end around 9:30. Weekend matches will begin at 8 a.m and conclude around 6 p.m.

The open singles finals are scheduled for 12:30 p.m. Sunday.

Trucks with food for purchase will be at the Bossier Tennis Center Thursday (Sliders), Friday (Yeero Yeero) and Saturday (Ono’s). Barbecue will be available Wednesday night and Sunday.