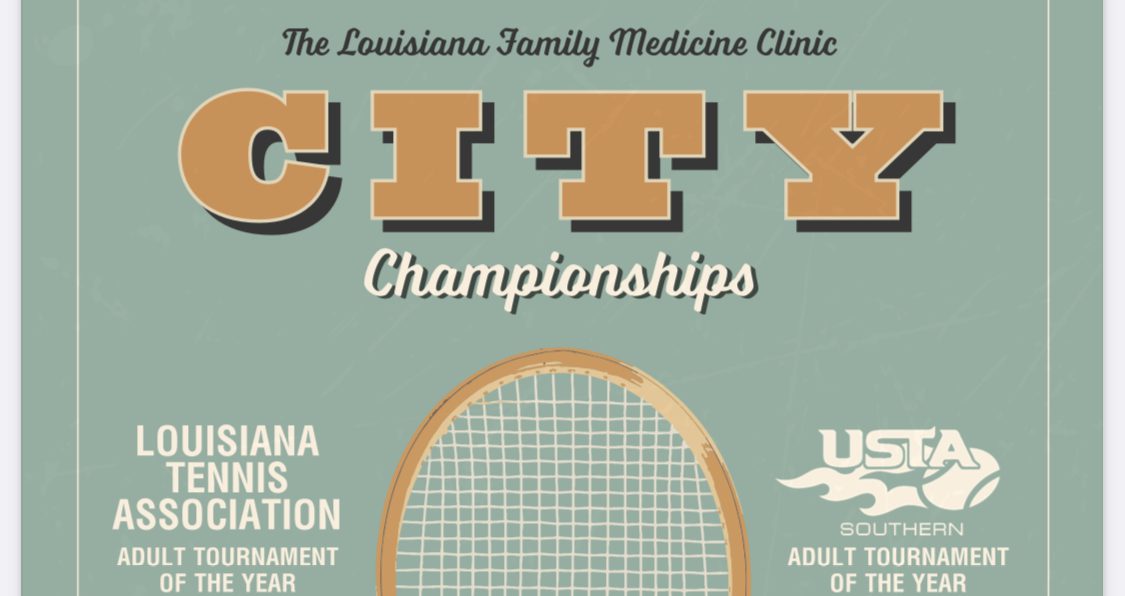 Top-seed Anthony McMaster, the 2018 champion, faces No. 4 Andrew Otzenberger and No.’2 Stafford Yerger takes on No. 6 Erik Graves. Both matches are at 11 a.m.

There is no admission charge for spectators. Ono’s food truck will be on-site with food for purchase.

City champions in three events have already been crowned.

Bossier City Tennis Center pro Todd Killen and his father Gary won the father-son doubles with a 6-4, 6-3 victory over Jonah and Jeremy Jones of Bossier City.

Mary and Margaret Elberson of Shreveport won the mother-daughter doubles with a 6-3, 6-2 victory over Donna and Avery Bryan of Shreveport.

Play continues Saturday and Sunday in 18 other divisions.

Bossier City’s Anna K. Harvey was unable to defend her women’s open singles title because of a lack of entries. But she and Julie Lesseter are the No. 1 seed in the women’s open doubles.

They play a quarterfinal match at 8 Saturday morning. The semifinals are Sunday at 8 a.m. with the championship match scheduled for 2 p.m.