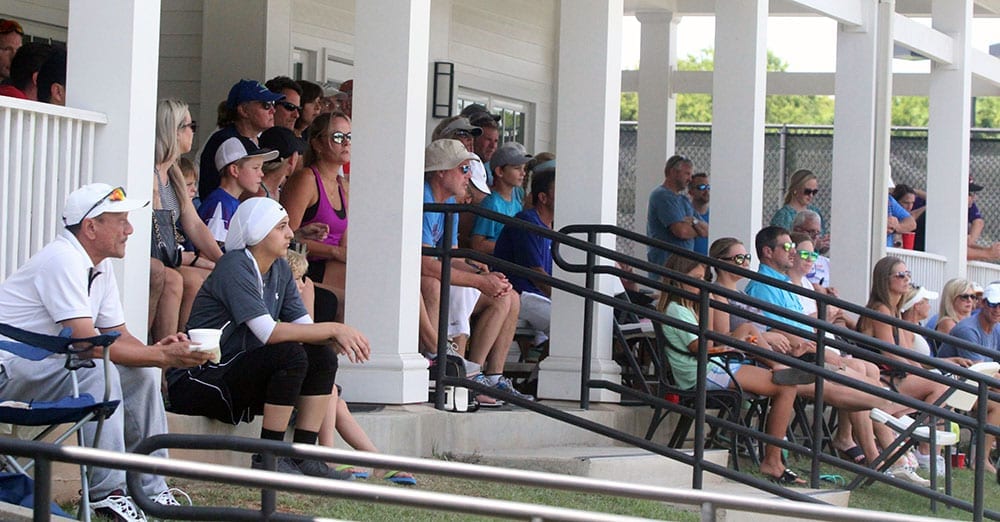 Thirteen champions were crowned in The City Championships, which concluded Sunday at the  Bossier Tennis Center, but the real winner was the tournament itself.

The tournament was once a big part of the local sports scene at its longtime home, Querbes Park Tennis Center. But over the years it saw a decrease in players with the rise of leagues and team events based on the National Tennis Ratings Program.

There were, of course, other factors in its decline like an overall decrease in participation nationwide after the boom of the 1970s. Also, Title IX legislation resulted in an explosion of opportunity for girls and women to compete in other sports at the high school and college level.

Killen, Goodman and Holland wanted not only to bring back the tournament but also recreate the family atmosphere of the event’s heyday.

They started slowly in 2018, offering just men’s open singles and doubles divisions. This year, they were more ambitious, offering 17 divisions. There weren’t quite enough entries to fill that many, and the organizers hoped for a few more in some of the divisions that were held.

But overall, the tournament was a big success. Held over four weekday evenings and Saturday and Sunday, more than 150 players entered. There were food trucks all but one evening. Fans and players alike were treated to a free lunch that included bar-be-cue sandwiches and jambalaya on finals day Sunday afternoon.

A truck in the parking lot selling shaved ice did a brisk business.

As was typically the case in the tournament’s long history, the men’s open singles had the biggest draw with almost 40 players vying for the first prize of $1,000. A good crowd watched Shreveporters Dakotah Bobo, one of the top junior players in the South, and Ole Miss team member Cotter Wilson, himself a former junior star, face off in the finals.

The first set was tight. Trailing 6-5 and serving, Wilson had several chances to force a tiebreaker. But Bobo hung in and hit a winner to take the set. Both players entertained the crowd with their backcourt games, often going for big shots from the forehand and backhand sides.

The first set took a little more than an hour with temperatures hitting the high 90s. The second went a little quicker. Wilson jumped out to a 2-0 lead, but Bobo reeled off six straight games to take the title.

Unlike the men’s open, none of the top female junior players entered. There are some who could have contended for the title, including a few from Bossier City.

Hammond, who was also a standout runner at Parkway, won two other titles. She teamed with former NSU player Bianca Schulz to win the women’s open doubles and her mother Diane Clark to win the mother-daughter doubles.

Schulz was the runner-up in the women’s singles, which made up in quality what it lacked in quantity.

Two Bossier City duos, Richard and Todd Eppler and Charles and Braden Thibodeaux, went head-to-head in the father-son doubles finals. In an entertaining match, the Epplers came out on top 6-4, 6-4.

Father-son was one of the most popular divisions with 14 teams.

Several other players from Bossier Parish players took home titles that came with a $100 prize.

While winning is always great, it’s not really what The City is all about. It’s simply about having fun, getting some exercise, spending time with family and friends and enjoying a sport with others who enjoy it just as much.

That’s how it was in the 1970s at Querbes Park when I played. And that’s what it’s becoming again.