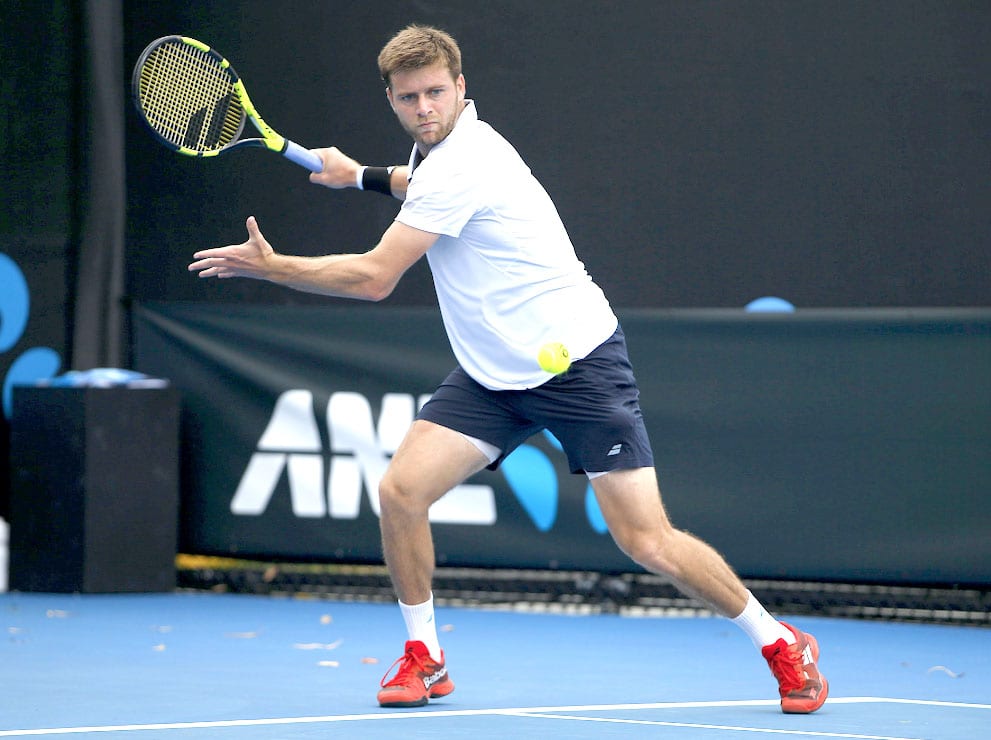 Professional tennis player and Shreveport native Ryan Harrison has been selected as the 2018 Walk-On’s Independence Bowl Carl Mikovich Sportsperson of the Year.

“I am extremely honored and grateful for to be awarded 2018 Sportsperson of the Year,” Harrison said. “Shreveport is home for me, and I have some of my best tennis memories there growing up with my dad and family.”

Harrison, a professional since 2007, had his best season as a professional in 2017. Currently ranked 59th in the Association of Tennis Professionals World Tour Men’s Singles rankings, Harrison captured one singles title and two doubles titles, including a Grand Slam (French Open), last year.

He also reached his new career-high ranking at 40th in the ATP singles rankings and 16th in the doubles rankings. The singles title was also his first on the ATP World Tour, and the two doubles titles were his first since 2012.

The singles victory came at the Memphis Open in February of 2017. Harrison defeated Nikoloz Basilashvili in straight sets. The first of his doubles victories was captured at the Estoril Open in Portugal in May of 2017, and the second came at the French Open in June of 2017.

Picking up a racket at age two, Harrison was seen as a tennis prodigy. He entered into the Shreveport City Championships at 11-years-old and lost in the final to his father, Pat, who had a brief professional career after playing collegiately at Oklahoma State and Ole Miss.

Prior to turning professional, Harrison played in his first junior Grand Slam at the 2007 U.S. Open and ranked among the top ten 18-and-under juniors in the International Tennis Federation rankings. By 2008, he was the top-ranked American junior tennis player, which kick-started his professional career.

At age 15, Harrison became the third-youngest player since 1990 to win an ATP-level match, trailing only Richard Gasquet and Rafael Nadal, when he defeated Pablo Cuevas in the 2008 U.S. Men’s Clay Court Championships. He was only the 10th player in ATP Tour history to win a match before turning 16.

Harrison, 26, broke into the ATP World Tour top 100 for the first time in 2011 at the age of 19 after reaching the semi-finals in the Atlanta Tennis Championships. The next year, at age 20, he played in the 2012 Summer Olympics in London. His 23-24 record in the tournament helped him climb 36 spots to number 43 in the world.

“We are excited to honor Ryan Harrison with the 2018 Sportsperson of the Year Award,” said 2018 Walk-On’s Independence Bowl Chairman Trey Giglio. “Ryan has represented our community on the world stage throughout his successful career in tennis. It is an honor to have him join a list of recipients from our region who have achieved record accomplishments in athletics.”