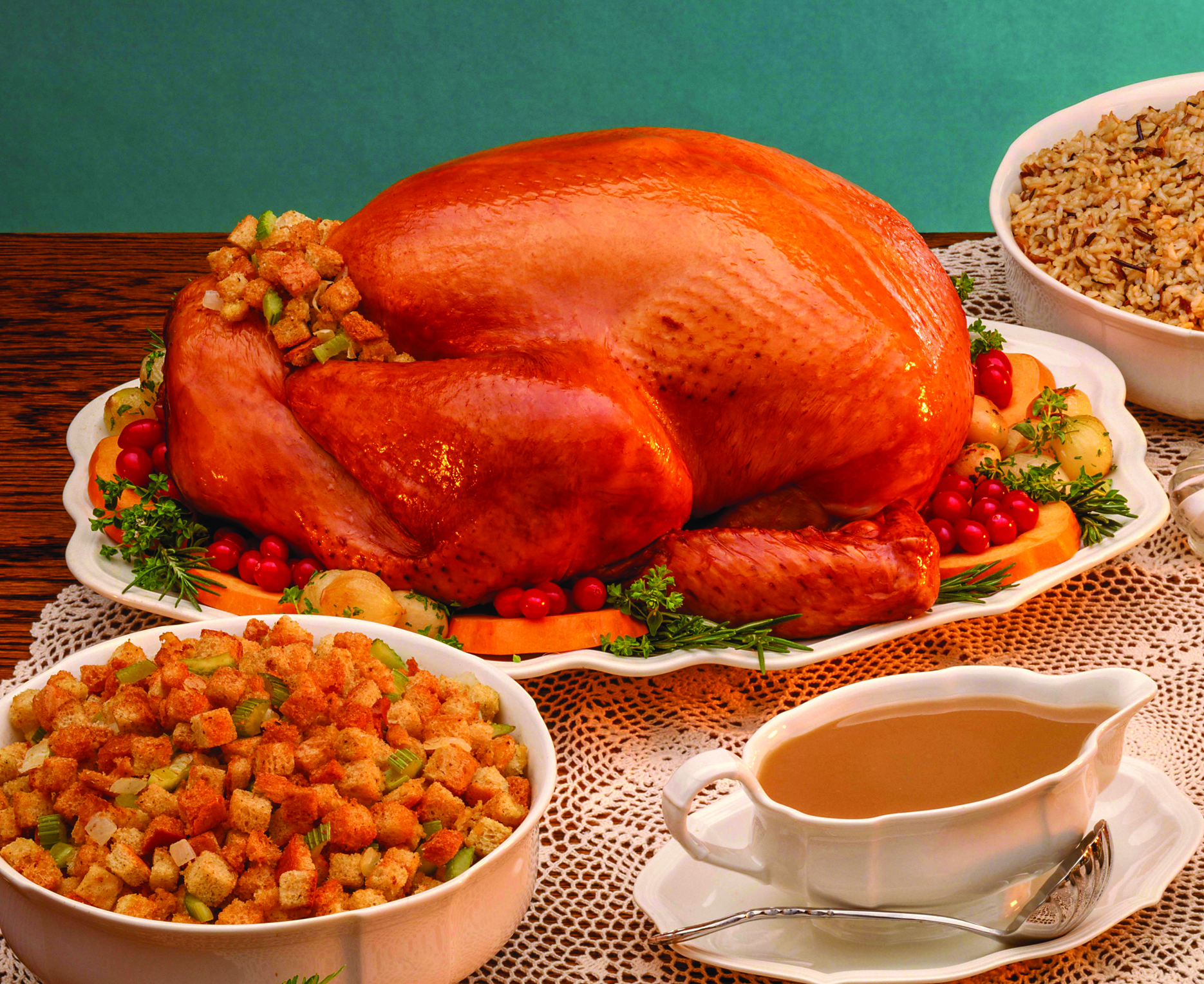 Thanksgiving turkeys were not only found on the tables of some family gatherings this year, they were also found in the board room of greedy corporate executives (human turkeys) who decided to do away with the holiday.

Let’s be accurate here. They didn’t give up their Thanksgiving dinner. While demanding that their retail workers be on duty, they also announced that corporate offices would be closed for several days in observance of the holiday.

But wait. That’s not the end of the story. Managers at some stores gave orders to their employees not to eat any turkey before reporting to work on Thanksgiving Day. That, they said, would make the workers drowsy and not perform at their best.

The race for the almighty dollar is driving these corporate executives to extreme and ridiculous measures. What’s next? Open all day on Christmas?

Perhaps the real culprits are the customers who line up at the stores, sometimes spending the night in the rain and cold, just to be the first ones to take advantage of what they believe to be real bargains.

They may not care to spend the holiday with family and friends, but a lot of people who work in retail would like to, but can’t because they are forced to work or lose their jobs.

The big question is, are they really getting a good deal or are they falling for the sales ploy concocted by advertising gurus. So much so, that violence erupts at several stores around the country.

Case in point: NBC news did an investigative report that revealed, at some stores, the same items being promoted as a big bargain on Black Thanksgiving were offered at the same price or cheaper during Labor Day sales and other sales during the year.

Wouldn’t it be just as feasible to close on Thanksgiving, go back to Black Friday hours, and continue on into Saturday with their “spectacular deals” if they so desire? Maybe that makes too much sense.

Apparently some states are fed up with corporate greed, and they have passed laws mandating that stores be closed on Thanksgiving Day. Hopefully, that will become a national trend.

To all the workers who had to work ungodly hours to satisfy their greedy bosses, we hope that you were able to salvage at least a tiny bit of Thanksgiving.

For the past year, Republican Gov. Bobby Jindal has been running around the country as chairman of the Republican Governor’s Association telling all who would listen what a great job he is doing as governor of Louisiana.

Well, not everyone is buying his bragging. A recent study by the website 24/7 Wall Street ranks Louisiana at No. 44 among the best-run states.

The only states that are run worst, according to the website, are California at No. 50, then New Mexico, Illinois, Rhode Island, Nevada, and Arizona.

Here is what 24/7 Wall Street had to say about the Pelican State:

“While home values nationwide fell by more than 11 percent between 2007 and 2012, the median Louisiana home value rose by 10 percent during that time, one of the largest increases nationally. Still, even with a relatively healthy housing market, Louisiana’s population has other serious problems.

“Nearly one in every five residents lived below the poverty line, worse than all but two states. The state’s finances are also in bad shape. Just over 55 percent of the state’s pension obligations were funded in 2012, fourth-worst in the country. And the state had to close a budget gap of more than 25 percent going into fiscal 2012. The average gap across the states was 15.5 percent that year.”

Another study published by Forbes reveals that the state is near the bottom of the median pay list among college-educated residents.

Among 100 metropolitan areas in the country, Baton Rouge ranked 74th in pay, while New Orleans came in at 76th.

It’s beginning to look a lot like…yes, Christmas…but also like the 2016 presidential race could be a battle between Democrat Hillary Clinton and Republican Gov. Chris Christie of New Jersey.

At least, that’s what the latest national polls are indicating for each political party – if both decide to run.

Here’s what a poll conducted by CNN/ORC International turned up.

Among Republicans and Independents who lean towards the GOP, here are the results:

Among Democrats and Independents who lean towards the Democratic Party, here are the results:

One can see the divide in the Republican Party when Christie, a moderate, is in first place, and Paul, a Tea Party favorite, is second.

The tough job for Christie, should he decide to run, will be to win over the conservative arm of the GOP. It will not be an easy task.

If Clinton doesn’t run, the Democrats don’t have much of a pool of candidates to choose from. The clear front-runner would be Vice President Biden.

Without Clinton in the race, only 43% of Democrats would support the Vice President, according to the poll.