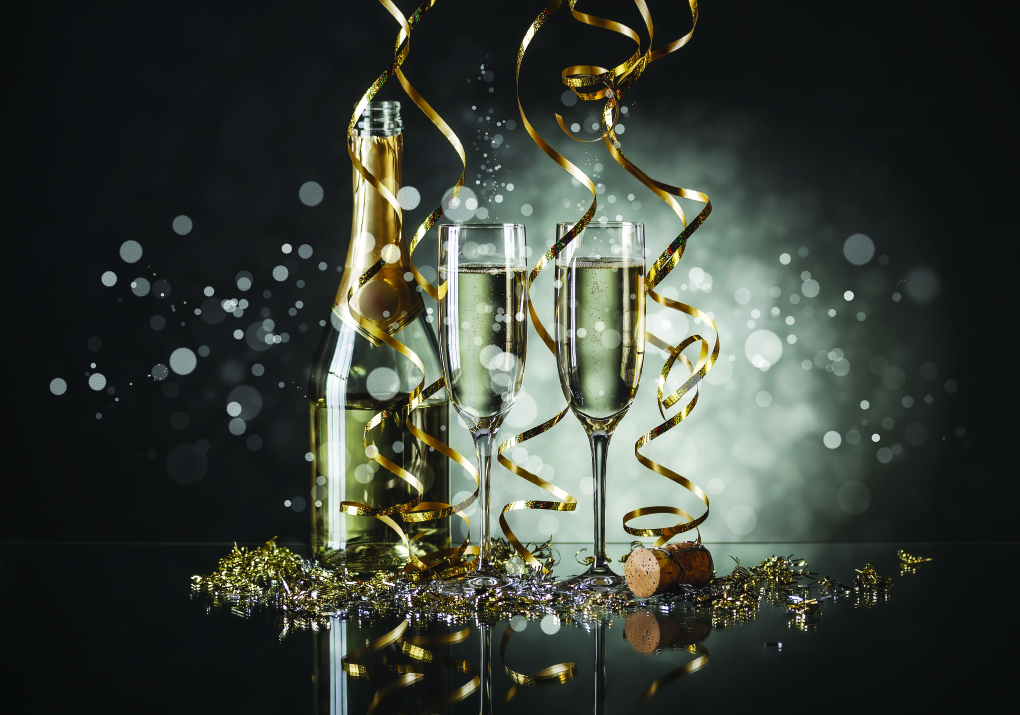 BPT news staff picks what shook up Bossier in 2014

The Cyber Innovation Center saw the culmination of six years worth of effort come to fruition in February with news that major technology company CSC will move into the National Cyber Research Park.

Over the next four years, CSC, a global leader in next-generation information technology services and solutions, will bring 800 jobs to the research park — preventing graduates with technology degrees leaving and creating a demand from local universities to fill a workforce. They will occupy a new, 116,000 square foot building located adjacent to the CIC.

A groundbreaking ceremony for the building was held at the CIC in September.

CIC leadership is excited to see their discipline and investment from the state and local leadership bear fruit.

“This is big enough that it will create a whole new sector in the local economy that didn’t exist. Without the investment from the locals and the state, we wouldn’t have this opportunity. It is the convergence of a long term vision and plan that goes back to six years with the creation of academic outreach programs that will be very beneficial to this company,” said Craig Spohn, CIC President.

The new location by CSC is the creation of a new IT sector within NWLA’s economy.

“This is diversification of our local economy. These are true, high tech jobs for the future. For 800 of them, with how big our community is, that’s moving the needle,” said G.B. Cazes, CIC Vice President.

“We invested in the Cyber Innovation Center to attract these type of opportunities to our community. Without the CIC, we would not have been able to secure these 800 jobs. We are very excited for what this means to our citizens,” said Mayor Lorenz “Lo” Walker.

Bill Altimus, Bossier Parish Administrator, said, “This is a defining moment for our community. These jobs will give those who left our community an opportunity to return home while providing our current students with career options that did not previously exist.”

The CIC was chosen from 134 site locations around the country. Bossier was picked due to a ready facility, supportive and dedicated government officials, a connection to Barksdale Air Force Base, and competitive incentives.

“We had a facility that could house them immediately and the state and local government put together a very aggressive package. Incentives are a big deal,” said Cazes. “They could start quickly and they were impressed with how the universities are working together and the cooperation among us and the parish and city.”

CSC will become the premier IT employer in the region and create a strong demand for future graduates with technology-related degrees. CSC will lean on local universities to help provide the majority of their workforce.

The state of Louisiana will invest $14 million over 10 years in local universities and colleges to develop a next-generation IT workforce. Louisiana Tech is expected to be the anchor for the funding.

In July, 17 Louisiana legislators filed a lawsuit over Common Core.

The legislators, who also tried to repeal Common Core during this year’s Legislative Session, are suing Louisiana’s Board of Elementary and Secondary Education and Superintendent John White. The lawsuit alleges both did not comply with the state’s Administrative Procedures Act when implementing Common Core.

The lawsuit came at a time when appearances show that Gov. Bobby Jindal, White and the state school board are headed to court over utilizing a Common Core standardized test next year.

Jindal said, “We have always supported the goal of this suit, which is requiring that the Louisiana Department of Education and BESE follow the law. The Louisiana Department of Education and the Board of Elementary and Secondary Education should have followed proper administrative procedure before attempting to implement these one size fits all federal standards, and we believe the court will come to that conclusion in upcoming hearings.

State Representative Henry Burns, R-Haughton, is the only Bossier lawmaker who is part of the suit.

“Common Core was first introduced to us as having a better outcome, more rigor, and making our students more competitive in the world market. Who would argue with that? But with very little oversight, many of the dynamics of Common Core were never really reviewed appropriately from the start,” said Burns.

He said the legislators are trying to end the protracted debate so state educators can move forward.

“One way or the other, maybe we can go ahead and resolve this issue and more forward,” said Burns.

The Common Core academic standards are a national program devised by state officials and parish school boards with the goal of deciding what students are supposed to learn each year in mathematics and English, with the goal of being able to easily compare students’ progress with other states in the U.S.

The future of Barksdale Air Force Base looks to be very stable after efforts by national congressmen this past May.

U.S. Senator David Vitter, R-La., announced several key provisions in the Defense Authorization Act for the Air Force base located in Bossier City, while the Air Force announced it would be elevating the leadership of Global Strike Command to a four-star general.

“That is really positive and important and will serve the growth and mission of Barksdale. That is a huge win for Barksdale and north Louisiana,” said Vitter in a radio interview shared with the Press-Tribune by Tom Pace’s Talk of the Town.

Vitter didn’t give a timeframe for the upgrade but said it should be very soon. A release from Chief of Staff Gen. Mark A. Welsh III and GSC said the proposal’s details will be worked out over the next few months.

This move is expected to protect and strengthen the nuclear triad’s mission, securing the vitality of BAFB at a time when defense spending has been drastically cut.

“The stronger Barksdale is, the better it is for Shreveport-Bossier. All of these provisions secure the future of Barksdale, which is a huge part of our north Louisiana economy,” said Vitter.

According to Vitter, other provisions included are added staffing and moving forward with a weapons storage area. This will answer the question of whether nuclear weapons are housed at Barksdale.

“That’s what this is about. That consolidated this with some other areas, but obviously the bomber fleet at Barksdale handles that all the time,” said Vitter.

Additionally, the Air Force has redirected $50 million in Fiscal Year 2014 funding to address urgent, near-term nuclear sustainment shortfalls by internally reallocating all of the sustainment funds that Global Strike Command can execute Fiscal 2014, as well as $350 million over the future years’ defense program.

Vitter, a member of the U.S. Senate Armed Services Committee, has been pushing for the four-star designation for years. In April, Vitter met with General Welsh about the elevation of command.

In addition, Congressman John Fleming, La — R, met with USAF Global Strike Command Commander Lt. Gen. Stephen Wilson to discuss securing the nuclear mission. In particular, Fleming discussed a new nuclear storage facility and the recent assurance from the Air Force that a four-star general would be put in command of Global Strike.

“Something I have been pushing for since I came to Washington is a modernized nuclear weapons depot and that’s something the Air Force hasn’t followed through on due to cost. Our nuclear enterprise was an afterthought at the time and more recently its importance has been realized,” said Fleming.

He said Washington and the Pentagon have realized the importance of nuclear bombers and missiles, which Global Strike Command controls. This is backed up by the Air Force redirecting $50 million in Fiscal Year 2014 funding to address urgent, near-term nuclear sustainment shortfalls as well as $350 million over the future years’ defense program.

“When it comes to resources, a four-star general gets more attention and it’s evident already that resources are already being moved into the Global Strike Command to beef up the command despite sequestration,” said Fleming.

Although it is far from a done deal, Fleming is confident the move will happen, saying the chances are “better than 80 percent.”

All of the provisions will need to be approved by Congress. Fleming said he could not get a confirmed timetable, but said “it feels more like months instead of years.”

Bossier Parish voters chose a U.S. senator, voted on taxes, and decided several local races. Below are the numbers, via the Louisiana Secretary of State’s website:

Public Services Commissioner Foster Campbell was re-elected with 62 percent of the votes over candidate Keith Gates.

Current Bossier City Marshal employee Jim Whitman will now take over with 71 percent of the vote over Carl Wayne Richard.

Incumbent Bossier-Webster District Attorney Schuyler Marvin was re-elected with a 53 percent majority. However, Bossier voted in favor of Whit Graves, giving him 53 percent of the vote.

School Board races were — District 3 results have Frank Kelly and incumbent District 4 member Tammy Smith splitting the vote with 50 percent each, however votes favor Kelly 2,123 to 2,087.  William Lott took District 4 with 63 percent of the votes over Elizabeth Foster. Eric Newman is the new District 9 representative with 69 percent of the vote over incumbent Eddy Ray Presley.

Plain Dealing Mayor Wiley Robinson was re-elected with 75 percent of the votes over challenger Donna Canales.

Incumbent Marshal Ronnie Murray was also re-elected with 70 percent of the vote over candidates Tim Cannon and Chuck Spraggins.

Justice of the Peace — Terry Sullivan captured 39 percent of the District 3 vote while Cliff Cannon took 31 percent and Linda Hamiter took 30 percent. District 6 has Charles Gray with 34 percent of the vote, David Cook with 29 percent, and Michael Keith with 26 percent.

In the races for Constable — Brandon Oswalt has a lead over E.T. “Scooter” Rushing. District 3 has Rick Blalock leading challengers Jerry Jenkins, Stephen Smith, John Craft, and Eddie Chandler. District 6 has Wayne Berry with 40 percent of the vote over Jeffrey Weems and Kenneth Stephens.

A new 1 mill tax to fund the Bossier Council on Aging failed with a 52 percent no vote.

A vote to approve a 2 percent increase on hotel occupancy in Bossier-Shreveport to help fund the Ark-La-Tex Regional Air Service Alliance, Independence Bowl, and Shreveport-Bossier Sports Commission is set to fail with 48,940 votes in favor of and 49,148 against. Bossier’s vote was a 55 percent no majority.