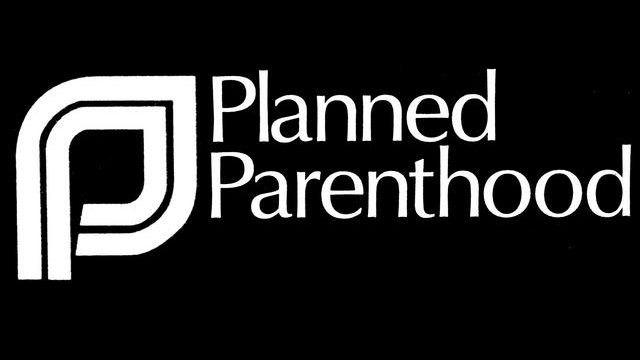 On that day, the Supreme Court announced its decision concerning Roe v. Wade. Seven of the justices voted for the plaintiff and two voted against. Those seven justices, with Harry Blackmun leading the way, made it legal in every state in the Union to murder unborn children. The death toll since that day has reached approximately sixty million.

No organization has benefitted more from the legalization of abortion than Planned Parenthood. This evil outfit’s claim to fame is its fight to legitimize the brutal desecration of human beings who are not yet born. Planned Parenthood is this country’s number one destroyer of the unborn.

The founder of Planned Parenthood, Margaret Sanger, a proponent of eugenics, planted the seed 85 years ago when she first started telling women they needed to do something about having too many babies. Sanger claimed it was not healthy for women to have children too close together and she added that women had every reason to be concerned about how they might control their fertility. Along the way, she attacked the Catholic Church, ingratiated herself with powerful financiers far and wide and paved the way for an all-out embrace of her philosophies by the federal government.

Over the years, Planned Parenthood has added medical abortions to its bag of tricks. As usual, the organization does all it can to keep women in the dark about what really happens in their bodies when a child is conceived, then killed with a drug. These killers for hire refer to mifepristone, known to most people as RU-486, as a safe, effective, acceptable option for women seeking an abortion during the first several weeks of pregnancy.

Planned Parenthood says this drug is actually a good alternative to the suction abortion, which requires the insertion of a small vacuum that is used to suck out the body parts of a baby who is in the early stages of life — the first 12 weeks or so. The organization says this drug is most effective in doing its job of taking the life of an unborn child when it is combined with a second drug.

What is never said is that this type of medical abortion turns the mother of a living child into the mother of a dead child. Planned Parenthood, you see, does not use words like “mother” and “child.” They refuse to admit that such chemical cocktails are essentially like an overdose of a powerful drug that results in the untimely death of a person OUTSIDE the womb. After all, the goal of any abortion is the death of somebody. Why else would anyone choose to abort? But, this is how Planned Parenthood rolls. Deceit unto death.

These liars adamantly deny that the war they are waging in the wombs of mothers across this country is far more gruesome than nightly news videos of tragic situations in Iraq and elsewhere in the world. No. Planned Parenthood is all about denial, deceit and dollars.

When a woman dies from one of these “safe, effective” medical abortions, Planned Parenthood serves up crocodile tears to their partners in crime, the mainstream media, while insisting an infection here or there does not a bad abortion make. They tell their media co-conspirators a few deaths are bound to happen and the so-called journalists dutifully report the propaganda.

Planned Parenthood Federation of America is a huge operation, with plenty of wealth and influence. It is a non-profit corporation that operates approximately 800 death chambers in this country and, even though it has assets of an estimated $11 million, it still receives roughly $500 million annually from the federal government. That means, even if you oppose abortion and are a tax-paying citizen, some of your money helps Planned Parenthood kill babies.

You say, “What can I do to repeal Roe v. Wade?” Use the social media as a bully pulpit. Aggressively defend unborn human life on Facebook, on the Internet and on Twitter. Write informed pro-life letters to the editors of newspapers all over the country. You may be surprised at the number of times your writing will be published. By doing all of this, you help spread the pro-life message in a world that seems, at times, to have largely forgotten about the slaughter of innocents in the womb.

Locally, you will have a chance to send a pro-life message to the ArkLaTex next Saturday, Jan. 25 by participating in the Louisiana Life March North. The event is set to begin at 10 a.m. in the north lot of Bossier City’s Louisiana Boardwalk. You are urged to be in the north lot by 9:45 a.m., then the march will move across the Texas Street bridge and into Shreveport’s Festival Plaza, a distance of 1.2 miles. If, for some reason, you cannot march, you are encouraged to go straight to Festival Plaza.

When the marchers arrive from Bossier City, there will be live music and a number of guest speakers. The keynote speaker will be Richard Land, who, for twenty-five years was president of the Southern Baptist Convention’s Ethics and Religious Liberty Commission. He is now the president of Southern Evangelical Seminary in Charlotte, NC.

This march offers a chance for pro-lifers from Northwest Louisiana, East Texas, Southeast Oklahoma and Southwest Arkansas to stand together for an abortion-free ArkLaTex, the end of Planned Parenthood and, ultimately, the repeal of Roe V. Wade.