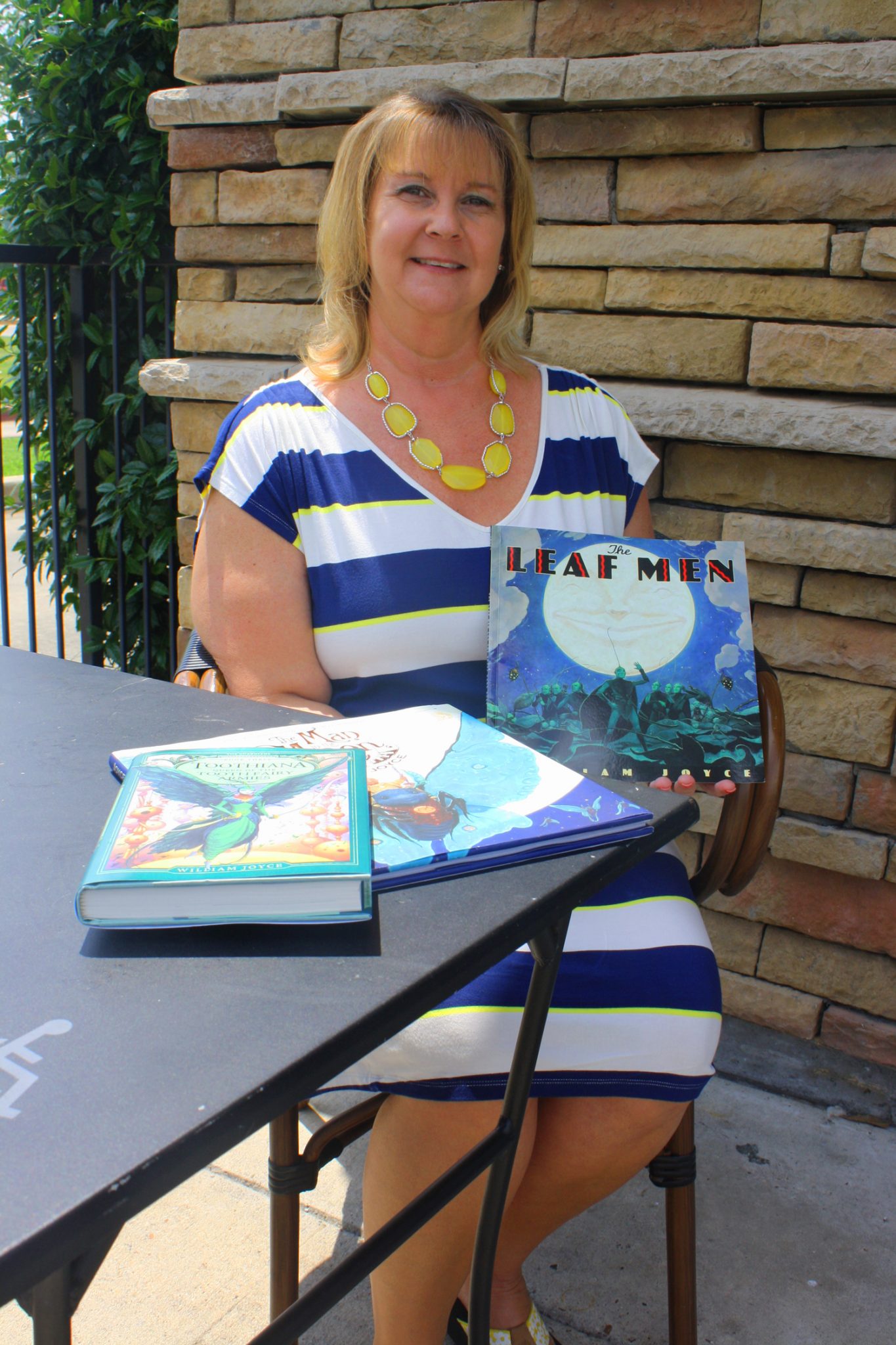 According to second grade teacher Dawn Fausto, a tree is like a school — the leaves all make up the different components of a classroom.

“The teachers, the staff, the students—we all work together for a common goal,” the Meadowview Elementary teacher said.

The underlying idea comes from William Joyce’s novel, the “Leafman and the Brave Good Bugs.” The focus of the movie is whenever the forest is attacked by the evil spider queen, the brave good bugs and the leafmen must work together to protect it.

A well-known line in the movie is ‘one tree but many leaves.’

“This line brings our school together and sums up what we are all about,” Fausto said.

Several months ago, she had an idea that blossomed into what she is doing now — creating a library based on William Joyce’s works for her students.

Fausto attended a play in the 1990s based on the Leafmen book and that was whenever she fell in love with his writing style and vivid imagination.

The question is: Of all artists, why would she choose William Joyce?

“He’s young at heart and young at mind,” said Fausto. “The fact that he can relate to the children and still have that fun outlook is inspiring to me. As you get older, you tend to lose that perspective.”

Not only is Joyce a local, but his books have been the source of his fame. He received an Academy award for best animated short film last year, “The Fantastic Flying Books of Mr. Morris Lessmore” and also winning Louisiana Writer Award in 2008 for all of his contributions to the “literary heritage of Louisiana.”

Joyce is notorious for his series “Rolie Polie Olie,” and other books such as “A Day with Wilbur Robinson,” “Santa Calls,” and many others. Joyce has also had a hand in other films such as “Toy Story,” “A Bug’s Life,” “Robots,” “Rise of the Guardians,” and several others.

“Joyce is a celeb in the area and has done a lot of good for the area and for our community, he supports the arts and that is important to me that he gives back to the community that he was raised in and still lives in,” said Fausto. “I think they are going to love it — you know, as you teach more, you learn more.”

Fausto plans to incorporate his books into her lessons throughout the school year for her students. Her students will be sharing the library with two other classes.

She would like to show comparisons of his books, use them to expand on literary skills and on personal factors about the author that the children have access to.

“I would love for William Joyce to come speak to the children after we have done the author study. That is my ultimate goal. That would be so exciting for the children to actually meet him.”

Fausto would like Joyce to inform her students about the process of writing and explain to the children that what they are doing now can affect them in the future for anything they want to do.

“One of the big reasons I wanted to start his collection is because he is local and I tell my students that it shows you a local person can hit big and still stay here.”

Last Wednesday, Fausto had the opportunity to meet Joyce at the downtown Shreveport art gallery Artspace where several displays are set up based on his books.

She would love to bring her students to the gallery to have a chance to see the “Epic” display.

The film “Epic” was released May of this year and is based on the book the “Leafmen and the Brave Good Bugs.”

“I also want to inform my students about how many movies begin as books and correlate this into my lessons as well.” Fausto said.

On average, statistics show that teachers spend around $1,000 for their personal classrooms and students every year.

With the aid of the community and friends, Fausto will be able to create this library that she has been dreaming of.

Thanks to promoting her ideas on Facebook, Fausto has already started the collection for her students in the fall.

“It hurts me whenever kids say that they don’t like to read.” Fausto said. “I am an avid reader and I would love for my students to read so I am always looking for a new way to spark that love of reading.”

Shelly Barrett, Principal of Meadowview Elementary, has been very supportive of Fausto’s creativity. Barrett and Fausto both admired Joyce’s works and thought it would be great for the students.

Anyone who is interested in donating funds for Dawn Fausto’s William Joyce collection can email her at dawn.fausto@bossierschools.org for further information.