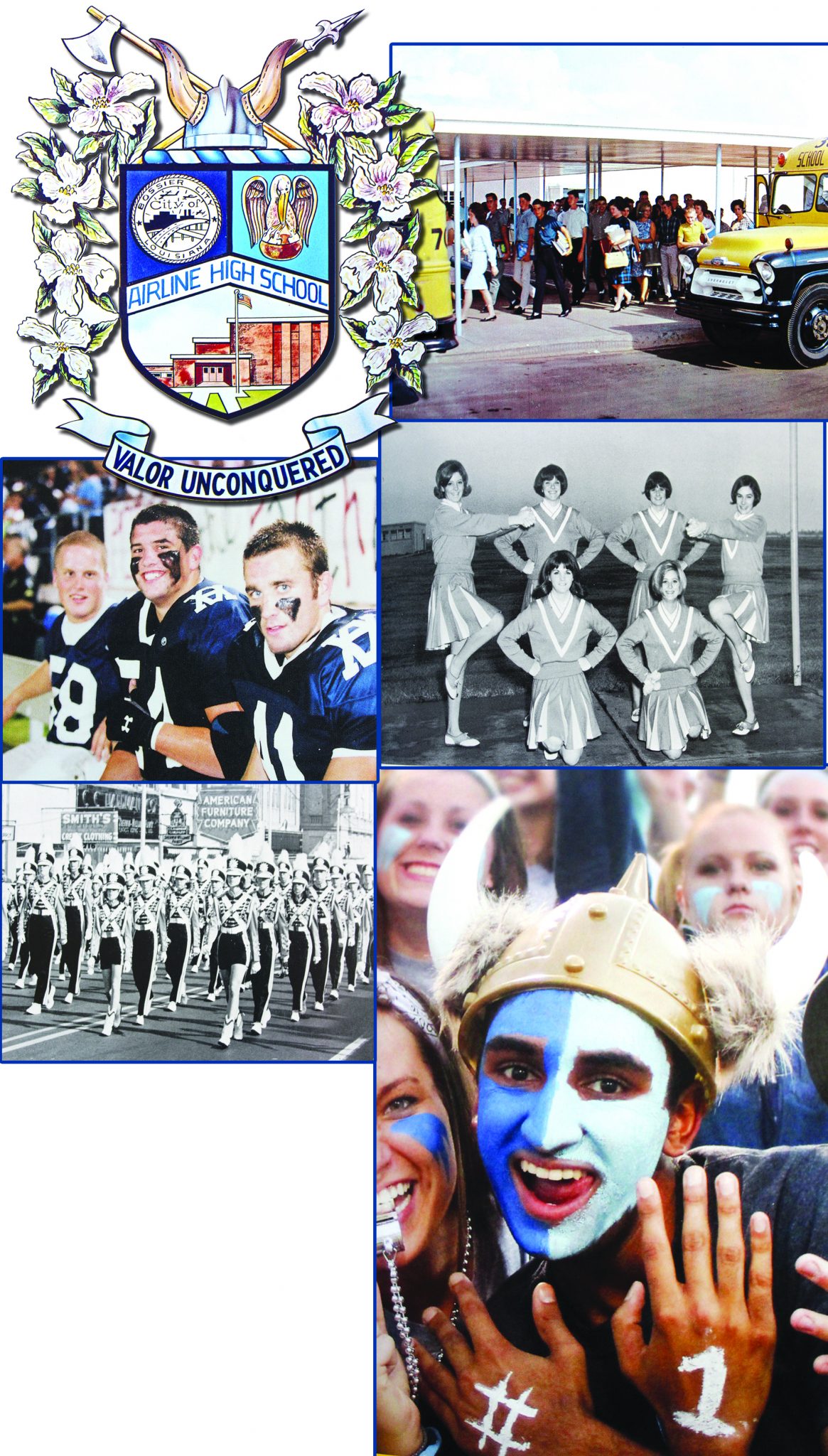 It has been 50 years since the first student body entered Airline High School.

Seven students, each representing a graduating class, were selected to serve on the temporary student council and were given a very important job – choosing the school colors, the mascot and creating the school crest. School policies and traditions were also high on their list, ones the current Vikings are familiar with today.

This week, students are embarking on a historic Homecoming celebration that will not only reflect the historic moments and memories that define their alma matter, but bring to life school traditions from years past. Pages from the first edition yearbook have been turned over and over again, serving as a written history and documentation of school firsts.

“The Student Council began Airline High School’s first year with the intended purpose of setting high goals and sound traditions for her future generations to follow,” reads the 1965 Valhalla. “High on the agenda of the student council was to establish a good relationship between Airline High and the community.”

School administrators say the Vikings of today’s generation are continuing that legacy in 2013.

“This is something that goes all the way back to the first graduating class,” he said. “I’ve seen changes in the school, but I’ve seen a lot of things remain the same.”

Pages of the 1965 Valhalla yearbook contain a year of many firsts for Airline – the first printed school newspaper, the first Miss Beautiful pageant and the establishment of the first clubs, organizations and sports teams. By 1968, there were 54 teachers at Airline High School, using the “newest school machines and equipment” – overhead projectors, typewriters and the office ditto machine.

Flash forward 50 years and the story is much different. However, Rowland said it’s not just the pages in a book that makes Airline’s history come to life.

“The people inside these walls make the school,” he said. “50 years is a long time to maintain a very high standard of excellence. The way this community has changed is a reflection of what goes on here at this school.”

Airline will hold its first Homecoming parade in more than two decades Thursday, Oct. 24. School organizations and spirit groups will ride on floats while the Viking Vanguard Band and football team will parade on foot. Several middle and elementary school groups and alumni organizations will be participating as well.

The parade begins at 6 p.m. and will make its way through the Airline High School parking lot to the football stadium, concluding with the ceremonial lighting of the Vikes.

Airline is also taking this week as their chance to give back to the community through the Helping Hearts initiative. The student body is raising money through a Jean Day and collecting items for the Rutherford House, founded by the late Dr. Eliot Knowles. Although he served as Director of Rutherford House for the more than 30 years, Rowland said Knowles will be remembered as the “Voice of Airline”, where he announced almost every Viking home football game nearly forty years.