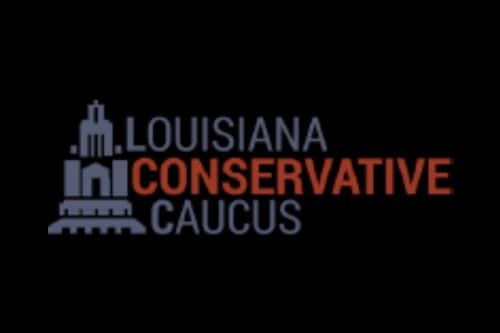 Despite only being formed during the final three weeks of the 2021
legislative session, the Louisiana Conservative Caucus dramatically altered the outcome to
ensure conservative policies won the day. “From killing irresponsible tax increases to shaping
income tax reform, our caucus members stuck together to protect one another and our
constituents,” said Conservative Caucus Chair Jack McFarland as he praised caucus members.

In a surprise move, the Senate amended a permanent 0.45% general sales tax increase onto
unrelated medical marijuana legislation in House Bill (HB) 514. The Conservative Caucus
immediately voted to take action, oppose this reckless move, and recommend passing
Representative Mark Wright’s HB 40 or McFarland’s HB 511 as substitutes. When the Senate
realized that the unnecessary sales tax increase was dead-on-arrival in the House, they took the
Conservative Caucus’ public recommendation. In order to get HB 511 passed before the
constitutional end of session deadline, an agreement was reached to gut the original tax
increase sponsored by Speaker Pro-Temp Magee and replace it with a slightly watered-down
version of HB 511. This newly passed legislation, created and spearheaded by the Conservative
Caucus, will dedicate hundreds of millions of dollars per year to fund infrastructure without
raising a single tax. The money comes from the sales taxes collected from vehicles sales and is
protected in the voter-created Construction Subfund, which cannot be used to fund DOTD’s
bureaucracy.

As session drew to a close, the Conservative Caucus members were able to strengthen multiple
pieces of legislation that will reform the state’s income and franchise taxes. Franchise taxes are
imposed on a business’ revenues, not profits. Most states have either an income tax or
franchise tax but not both. Louisiana has both, and both were altered by the Conservative
Caucus. By working with their Republican Delegation members, they were able to extend the
exemption keeping small businesses from paying the franchise tax on their first $300,000 of
income, compress and lower corporate income tax rates, lower individual income tax rates, and
include triggers that will automatically lower income tax rates even further when state
revenues increase.

In the final hour of session, the Conservative Caucus once again flexed their muscles for
taxpayers and businesses. They were able to amend HB 183 to raise the state’s unemployment
rate by $28; however, that change can only go into effect when Louisiana ceases participating
in and does not reinstate its participation in the federal government’s supplemental
unemployment benefits. Founding Conservative Caucus member Representative Larry Frieman
(R – Abita Springs) led the negotiations for the caucus. In a statement that many taxpayers
probably agree with, Frieman noted that it is an outrage that people are being paid more
money to stay at home than go get one of the thousands of jobs available today. Considering
everything, he added, “this last year set a dangerous precedent for our future in numerous
ways.”

In addition to their significant legislative victories, the Conservative Caucus has caused a
fundamental shift in the Louisiana Legislature. Their actions have resulted in increased
communications, increased bargaining power for House Republicans, and more unification
among House Republicans to support the Speaker and conservative policies going forward.