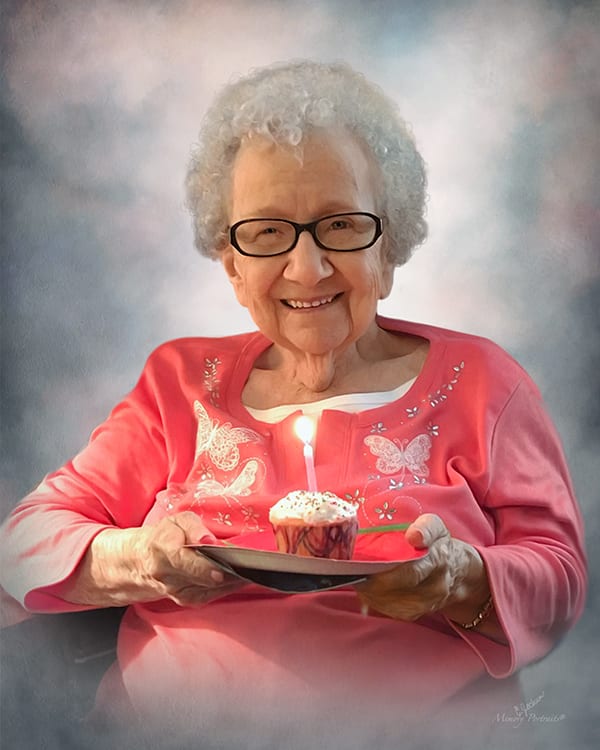 Bossier City, LA – Thelma Ann Davenport, 95, of Bossier City, Louisiana passed away peacefully, Friday, March 13, 2020. Services for Mrs. Davenport will began with a gathering of family and friends between the hours of 1:00 PM and 2:30 PM, Wednesday, March 18, within the Chapel of Hill Crest Funeral Home in Haughton, LA. A funeral service immediately followed, also in the chapel, with Pastor Joe Whitney presiding. Interment was a Private Family Committal, in the Hill Crest Cemetery.

Thelma Ann was born on Tuesday, June 24, 1924 in Breaux Bridge, Louisiana to the proud parents Blanche and Martin Hardy. Thelma was blessed with a long and full life. Though she held various jobs during her lifetime her true passions were her social life, her gift of artistic ability producing artwork, her family and the family’s quality of life to allow her many years to remain home, in order to be the devoted mother, and eventually grandmother that she became, and ultimately, being the strong and committed wife all those years. Additionally, all those that knew Thelma well, knew this: She was a devout Christian that was an avid reader of the Bible; studied “The Word” and knew the ‘books’ both forwards and backwards.

Her faith was of great inspiration to many and a great example to all, as she influenced the acumen and the determination, of her family, to learn for themselves, and carry on her legacy, as we still hear today:

“Heaven gained an angel today. We will always be thankful for her influence over my faith, her eyes that spoke even when she didn’t say a word, the BEST foot rubs, and her artistic gifts she left for us to enjoy and remember her by.”
~ Amanda Brooks

“My sweet grandma affectionately known as “Pon”, left us this evening. To say she’ll be missed is an understatement. She never failed to greet you with a smile, and expected so little, when she deserved so much. An avid reader, artist, and rock for many, the world lost a wonderful women tonight.”
~ Emily Misso

Also, “Lil Grandma” leaves twelve grandchildren to cherish her memory and pass down her artwork, to twelve great-grandchildren.

When tomorrow starts without me, please try to understand,
That an angel came and called my name, and took me by the hand;
The angel said my place was ready, In Heaven far above,
And that I’d have to leave behind all those I dearly love.
But when I walked through Heaven’s Gates, I felt so much at home,
for God looked down, smiled at me, And told me “Welcome Home.”
So when tomorrow starts without me, Don’t think we’re far apart,
for every time you think of me, I’m right there in your heart.

The family is requesting that in lieu of flowers, donations in Thelma’s honor please be made to:
St. Jude Children’s Hospital, Memphis, TN.