The third annual Veterans Parade and Honor Ceremony will be held at 2 p.m. on Sunday, Nov. 9, at the Louisiana State Fairgrounds.

The parade committee has requested a B-52 flyover, but has not received a confirmation as of yet. The Sky Dive Louisiana Parachute group will parachute into Independence Stadium at the start of the parade. The parade will begin at Hirsch Memorial Coliseum and travel down the midway to the Salvation Army Boys and Girls Club. The Co-Parade Marshals are Mayor Lo Walker, who is a proud Air Force Veteran, and Colonel Steve DePyssler, USAF Retired.

This event is free and the public is invited to attend.

Currently, there are (85) units in the parade and over 2,300 participants. Bands from Byrd High School, Fair Park, Southwood, Captain Shreve and Parkway will be included in this year’s lineup. Also marching will be (11) JROTC units from Caddo and Bossier City, along with the 50 state flags, carried by personnel from Barksdale Air Force Base. Other marching units will include: the Youth Challenge Cadets, the Young Marines, and eleven banners for each war, with local veterans marching behind them. Five People Movers have been designated to carry those veterans who are unable to march. 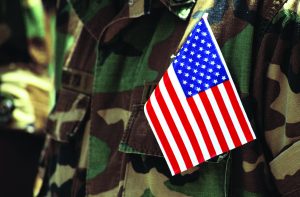 The Military Order of the Purple Heart will also be included, as well as El Karubah’s miniature cars. Several American Legion groups will be participating as well. Boy Scout and Girl Scout groups from the area will also march. Local dignitaries from BAFB, and from city, parish and state government, will ride in the parade. Red River Chevrolet and the Trail Lizards Jeep Club will furnish the vehicles for the parade. The announcers for the parade will be Tom Pace and Sonja Bailes.

Immediately following the parade, there will be a ceremony honoring eleven of our local veterans for their service. The event will be held at the Salvation Army Boys and Girls Club, located at 2821 Greenwood Road, Shreveport. The Honorable Judge Carl Stewart, U.S. Army Veteran, will be the keynote speaker, and there will be a performance by the Shreveport Metropolitan Concert Band, along with the Caddo Magnet High School Choir. Each honoree will receive a commemorative plaque.

Any military or Veteran group interested in participating in the parade or volunteering to help, please contact Mr. Ken Epperson at (318) 773-2654. Or, you can reach him via email at kepperson@caddo.org. The entire parade and honor ceremony will be videotaped and photographed. Interested parties may obtain a copy by calling the number listed above.