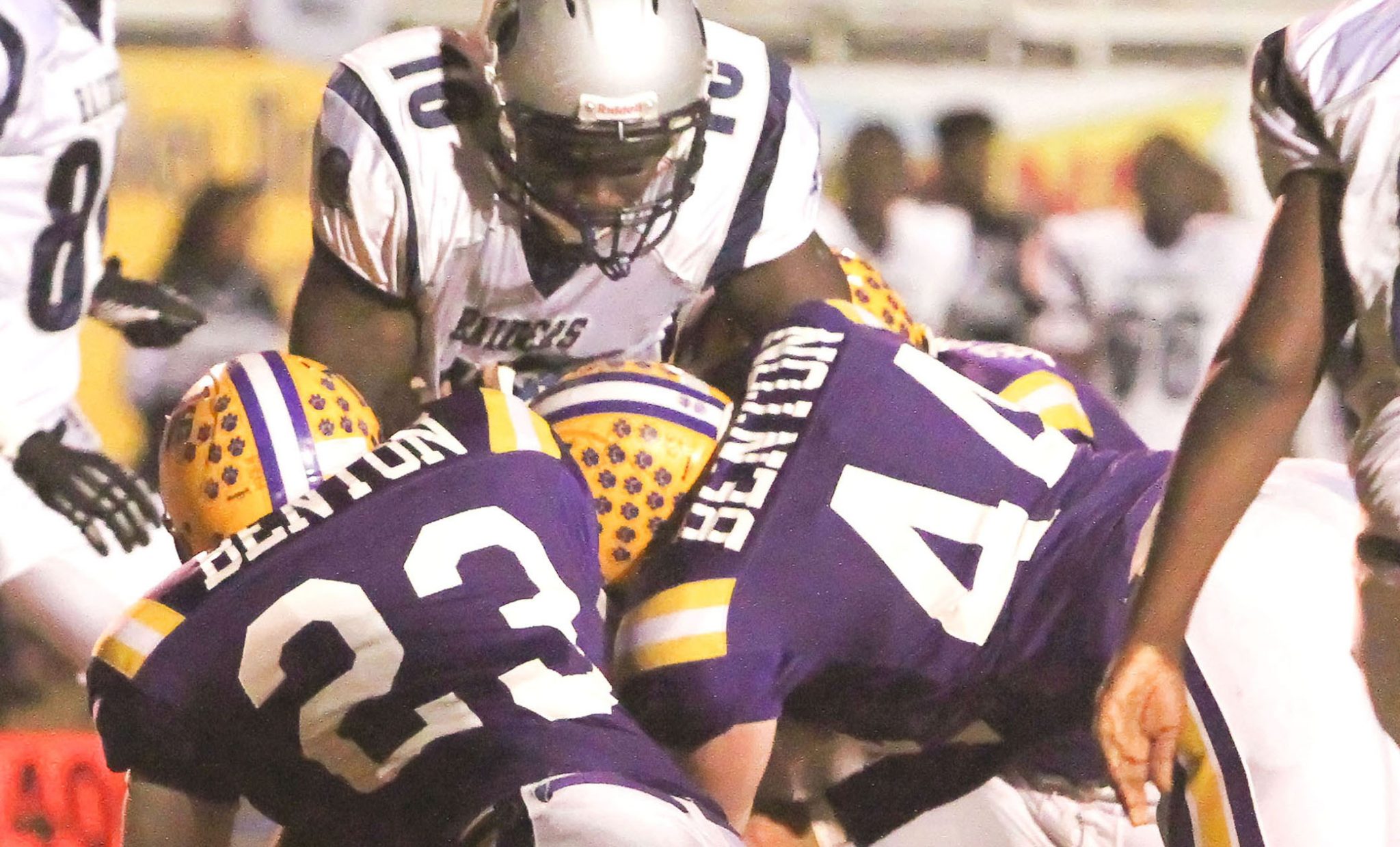 Three Benton football players have been named first-team All-District 1-4A in a vote of the district’s coaches.

Stewart, who played varsity football for the first time this season, caught 57 passes for 638 yards, an average of 11.2 yards a catch, and seven touchdowns.

White averaged 38.7 yards on 41 punts. He had six downed inside the 20, including three inside the 10. As a defensive back, he had 53 tackles and three interceptions.

Carroway led Benton with 94 tackles, including 18 behind the line and four sacks.

Shaffer, a three-year starter who played in a pass-oriented offense for the first time, completed 227 of 364 passes for 2,157 yards and 24 touchdowns with 12 interceptions during the regular season.

Minden’s Turner Francis was the first-team quarterback. He completed 178 of 283 passes for 2,467 yards and 26 touchdowns with nine interceptions.

Anderson rushed for 518 yards on 98 carries and scored four touchdowns.

Gentry had 42 tackles, including nine for losses, one interception and two forced fumbles.

Vareles completed 92 of 148 passes for 1,626 yards and 15 touchdowns with only one interception. He also rushed for 477 yards on 83 carries and scored nine touchdowns. He was the Falcons’ punter, too, averaging 36 yards.

He caught 57 passes for 823 yards, an average of 14.4 yards per catch, and eight touchdowns. Defensively, he had 13 interceptions and five forced fumbles.Ǟ