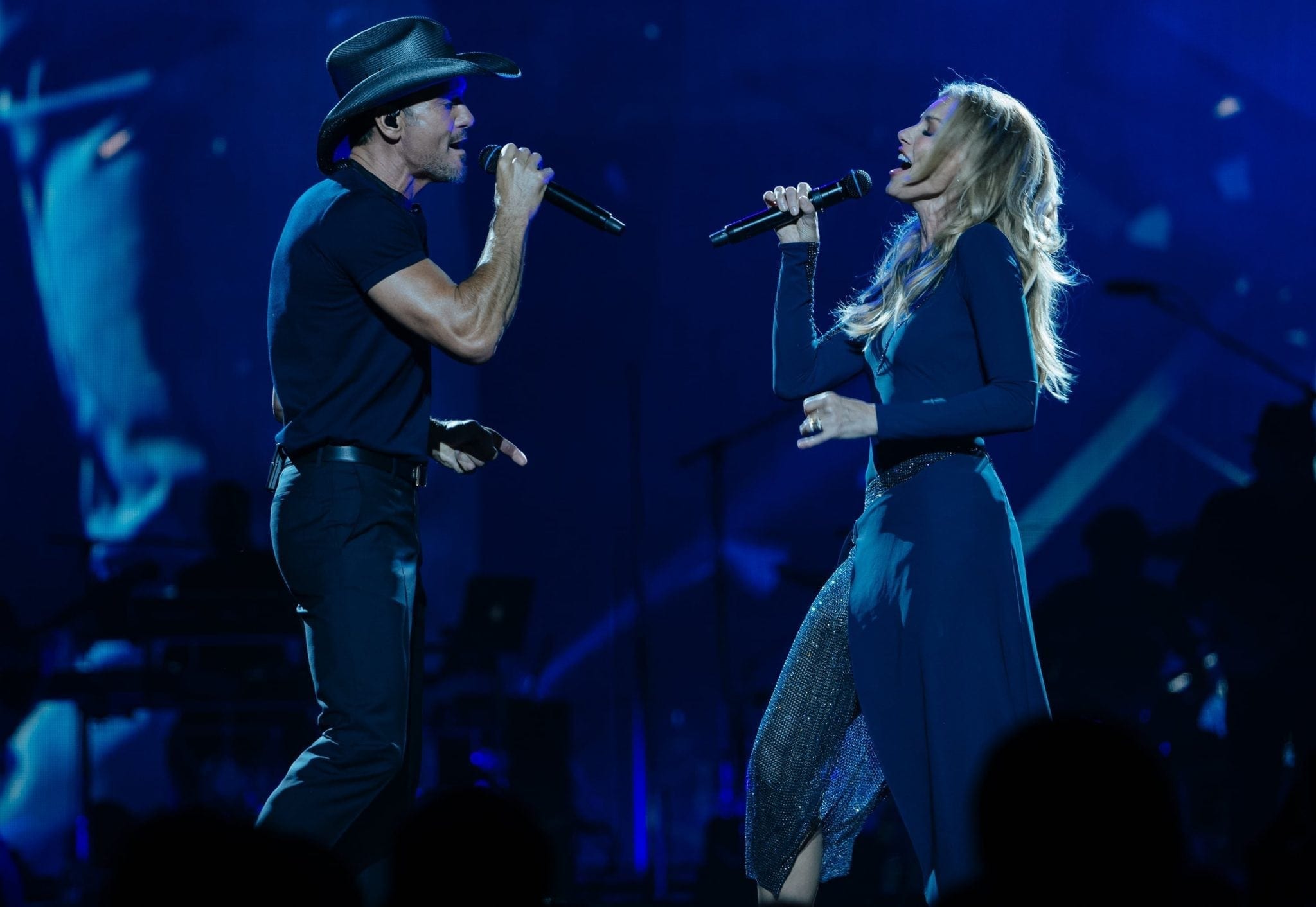 The “Louisiana boy and the Mississippi girl” were pure entertainment from the time the count down clock hit zero Tuesday night. From singing duets to their own hits, a packed CenturyLink Center was enthralled by Tim McGraw and Faith Hill’s Soul 2 Soul tour as it hit Bossier City.

Starting in April 2017 and ending next month in California, you couldn’t tell the duo had a month left in their world tour. Performing in Bossier City like it was their last night — running around the stage, interacting with the band and crowd — the pace was more like an opening night. But the husband and wife duo’s chemistry sometimes made it feel like the duo was intimately singing to each other in their kitchen at home instead of thousands of screaming fans.

The show started with McGraw and Hill popping up from the under the stage, and they had the crowd in the palm of their hands from that moment on.

It was a true homecoming for the Louisiana native, with Tim McGraw taking time out of the show to give a shoutout to his friends from the Monroe area, before leading the crowd in a classic LSU chant.

Hill performed her mix of classic country, mixed with modern county and soul, and was joined by McGraw to sing another of the couple’s hits. Then McGraw took over the show with his fast paced southern rock country mix, but he could also bring the crowd to a hushed standstill with his classic “Humble and Kind.”

The married duo finished by teaming up to each taking a lap around the CenturyLink Center, before coming back together one last time to send the crowd home happy.