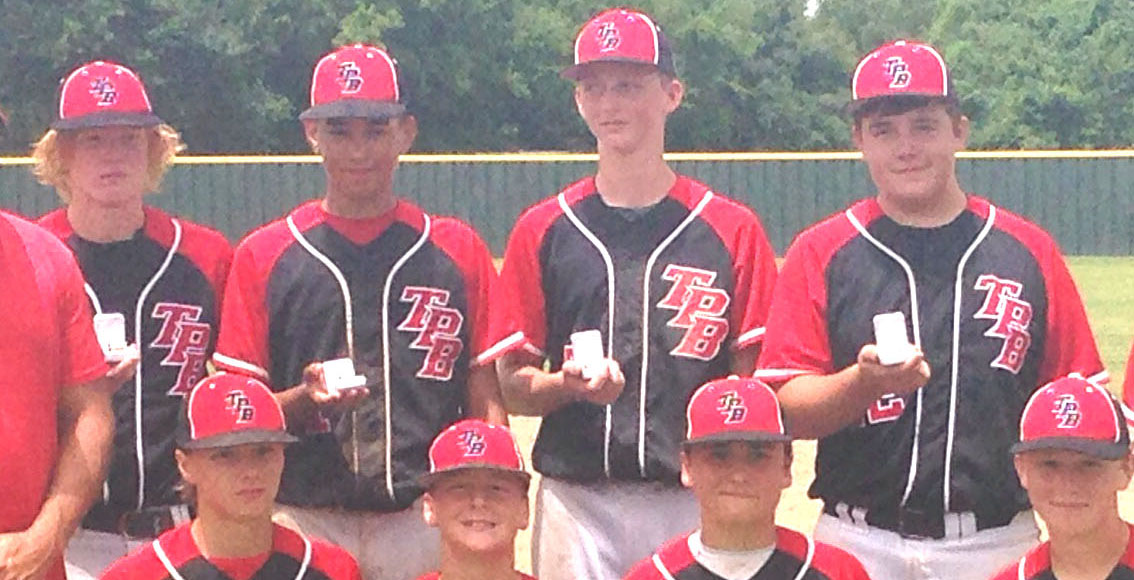 TPB, a team made up of players from Northwest Louisiana, Northeast Texas and Southwest Arkansas, won the 13 Majors USSSA Louisiana State Championship Tournament in Erath on June 21-22.

TPB outscored its opponents 25-12. This is the third year in a row that members of this team have been state champions. With a 46-11 record this season, TPB is ranked No. 1 in Louisiana and No. 2 in the nation based on points awarded by the USSSA.
The team finished second or better in 10 of 14 tournaments against competition in the tri-state area.

TPB is scheduled to compete in a USSSA Global World Series in Gulf Shores, Ala., this month.

“This is a talented group of baseball players and it has been fun to watch them come together as a team and have the success they have had this year.” head coach Dirk Garmany said.

“It has been an honor and a privilege to coach this team this year,” added assistant coach Joe Tynes “This is a special group of baseball players that you will see at the next level and beyond.”