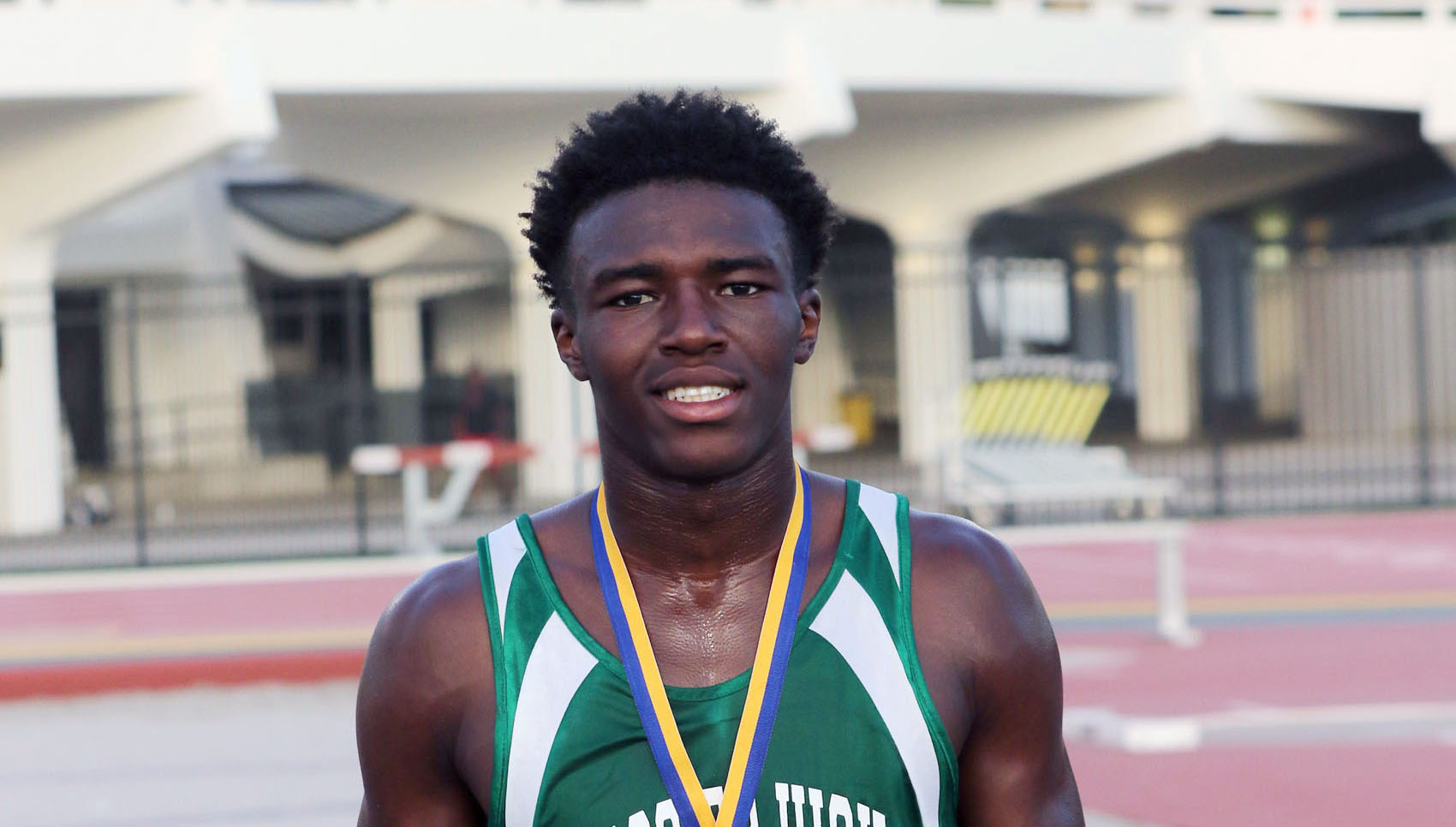 Bossier High state champion sprinter Kelvin Brooks has been invited to compete in the 40th annual Great Southwest Track and Field Classic in Albuquerque, N.M.
The meet will be held June 4-6 at the University of New Mexico.
Brooks won the Class 3A 200-meter dash at the LHSAA Outdoor Track and Field Championships on May 9 at LSU.
He ran a 21.49. Franklin’s Hakim Ruffin, the 100-meter champ, was second in 21.60.
Brooks was also a member of Bossier’s runner-up 4X400 relay team. He ran on the Bearkats 2014 championship team.
At the Great Southwest meet, Brooks will compete against other top sprinters from across the nation. He will also be a member of Team Louisiana.
Bossier boys track coach Anthony Johnson said he noticed something special about Brooks when he came out for track in the spring of 2013.
“Kelvin was dependable,” Johnson said in an email message. “He had speed, height, and he was a fierce competitor. I decided to give him a shot at both the 200 and the 4×200 relay.”
As a sophomore Brooks ran in junior varsity and varsity meets until a quad injury sidelined him halfway through the season.
“He was disappointed, but his words to me were, ‘Coach, I’m going to bounce back and win state next year,’ ” Johnson said.
Brooks did just that, running the leadoff leg on a 4X400 relay team that pulled off a big upset in the state meet. The Bearkats came in with the seventh-best qualifying time and won in 3:23.22, cutting 7.01 seconds off their qualifying time.
Johnson expected big things out of Brooks this past season and he wasn’t disappointed.
“Winning state in the 200 this year was huge for Kelvin,” Johnson said. “I knew all along that he had it in him. It was just a matter of Kelvin trusting his work ethic, getting off to a good start, and finishing strong in the end. That he did, and I am so proud of him.”
Brooks again ran the leadoff leg on the 4X400 team. The Bearkats ran a season-best 3:19.86. Franklin won in 3:19.64
Bossier cut about six seconds off its regional qualifying time.
“The team was excited at the fact that they ran a good race and finished strong,” Johnson said.
Johnson said Brooks was humbled to be invited to the Great Southwest Classic and is excited to be among the athletes representing Louisiana.
“He’s ready to go to work and do his best to represent both the state of Louisiana and Bossier High School,” Johnson said.